The Panasonic Lumix GH6 has finally landed – and we’ve been putting the video powerhouse through its paces ahead of our full review. It’s impressed us so far, but there are still lots of tests to be done. So we thought we’d round up some of our favorite GH6 features so far, plus a few of the downers, to help give you an idea of whether it’s shaping up to be the camera for you.

Some of the obvious upgrades from the Panasonic GH5 and GH5S include a new 25.2MP sensor, which is the highest resolution we’ve seen so far on a Micro Four Thirds camera, and fancy modes like being able to shoot in 4K/120p or with anamorphic lenses.

But we wanted to pick out some of the smaller touches that this feature-packed camera brings to the table, from its design to some of its practical benefits compared to full-frame cameras. So based on the testing we’ve done so far for our hands-on Panasonic Lumix GH6 review, here are the things we like (and don’t like) about Panasonic’s long-awaited video camera. 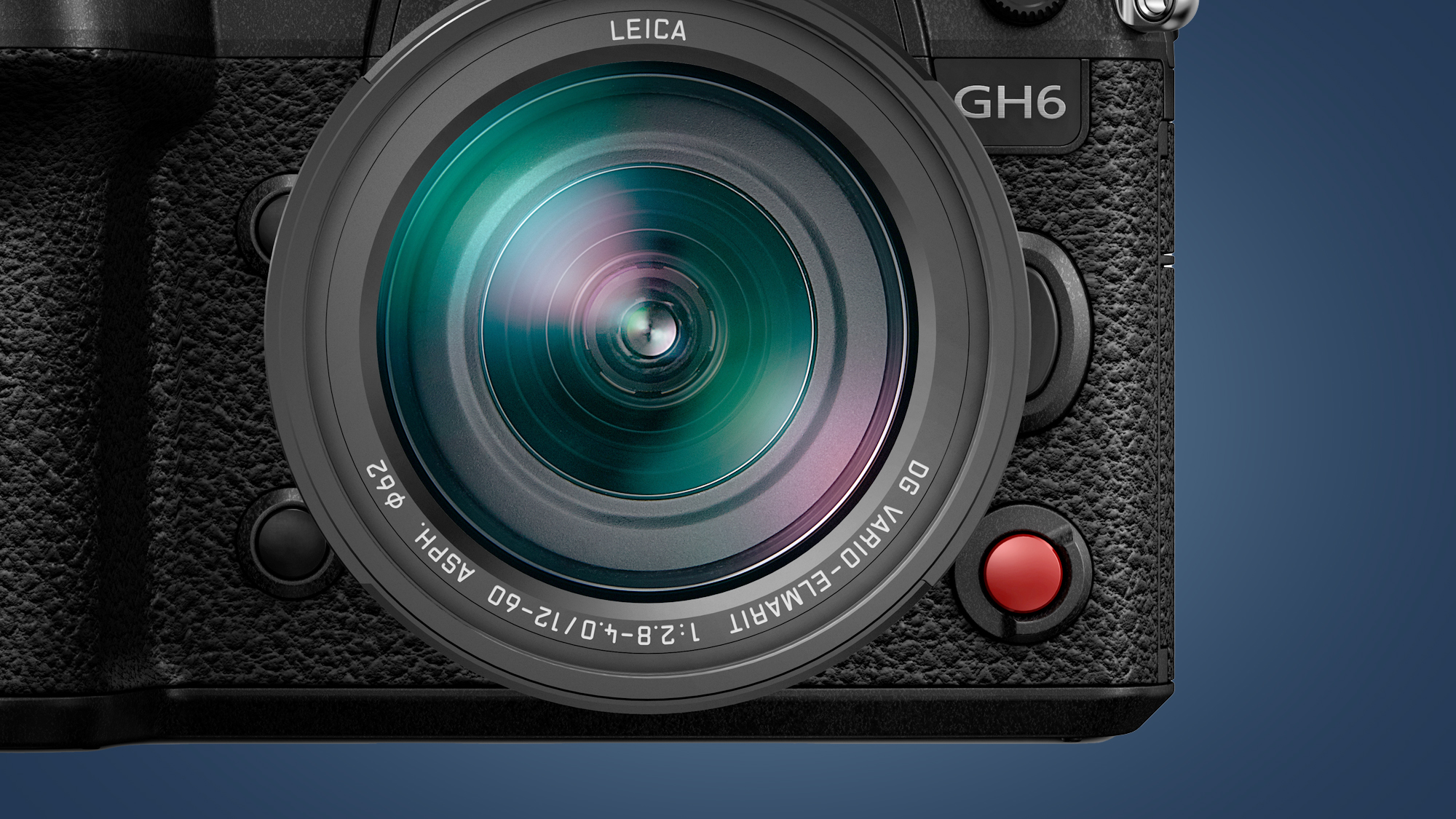 The GH6’s design might not be original, but your camera doesn’t need to win the Turner Prize – it needs to get out of the way so you can create photos and video. Panasonic has included a lot of nice touches to help the GH6 do this, from its big, textured grip to its handy audio button, but one of our favorites is the record button on the front.

You get the usual record button on the top plate, and the shutter can also start recording. But it’s the second record button on the front next to the lens mount (alongside the handy tally lamp) that’s particularly useful for vloggers or one-person film crews. Expect to see this appear on more video-centric cameras in the future. 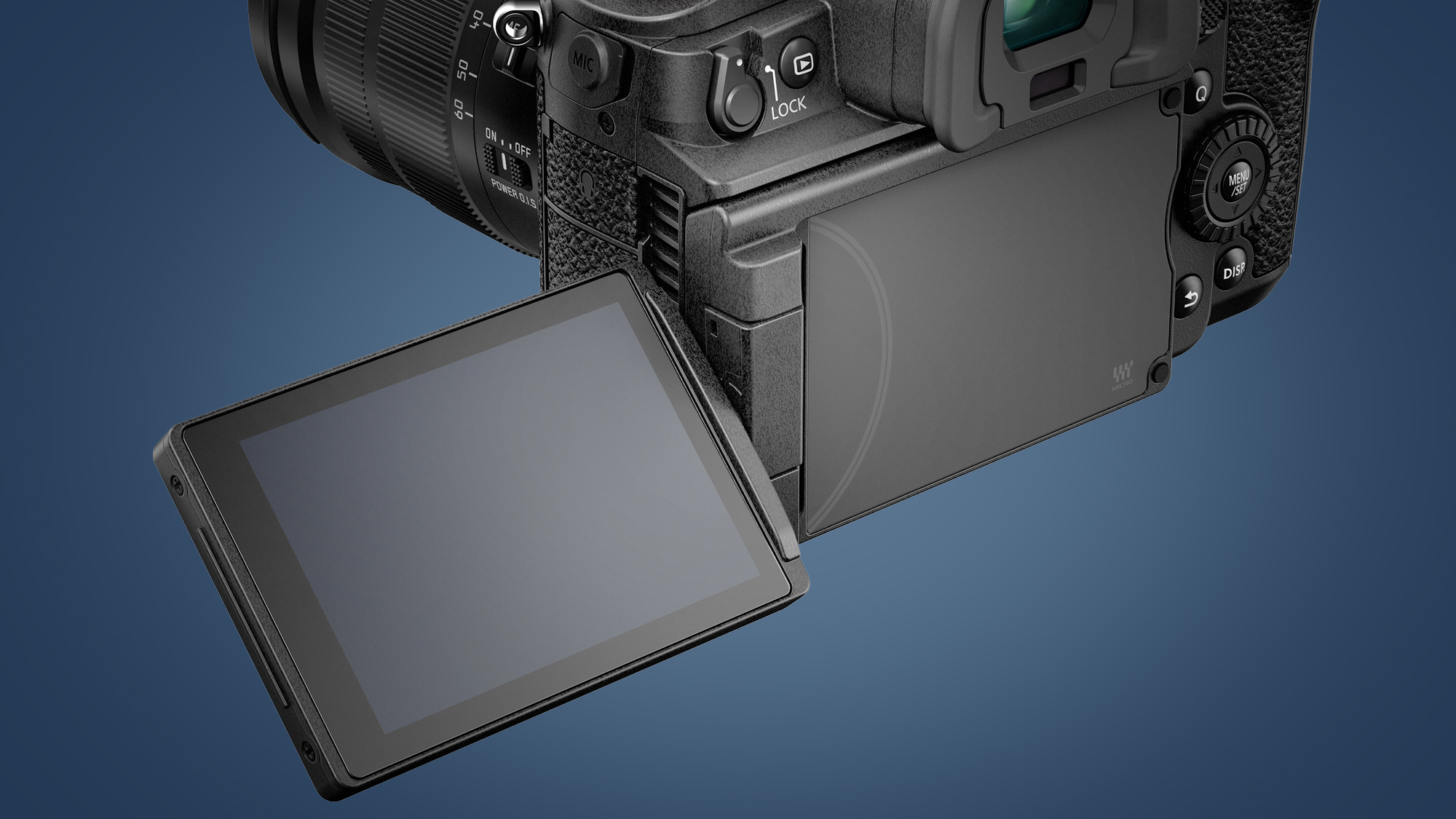 Flip-out screens are a must for video cameras, and the Panasonic GH6 has one of the best we’ve used. Just like the Panasonic Lumix S1H, its 1.8-million dot rear LCD is attached to a tilting plate that extends back from the camera body, which brings a couple of benefits.

One is that you can move the screen away from any of the ports on the side, so it doesn’t interfere with the cables from external microphones or monitors. But the other is that you can tilt the screen up and remain in line with the camera and lens, unlike screens that flip out to the side and push you off axis from what you’re shooting. 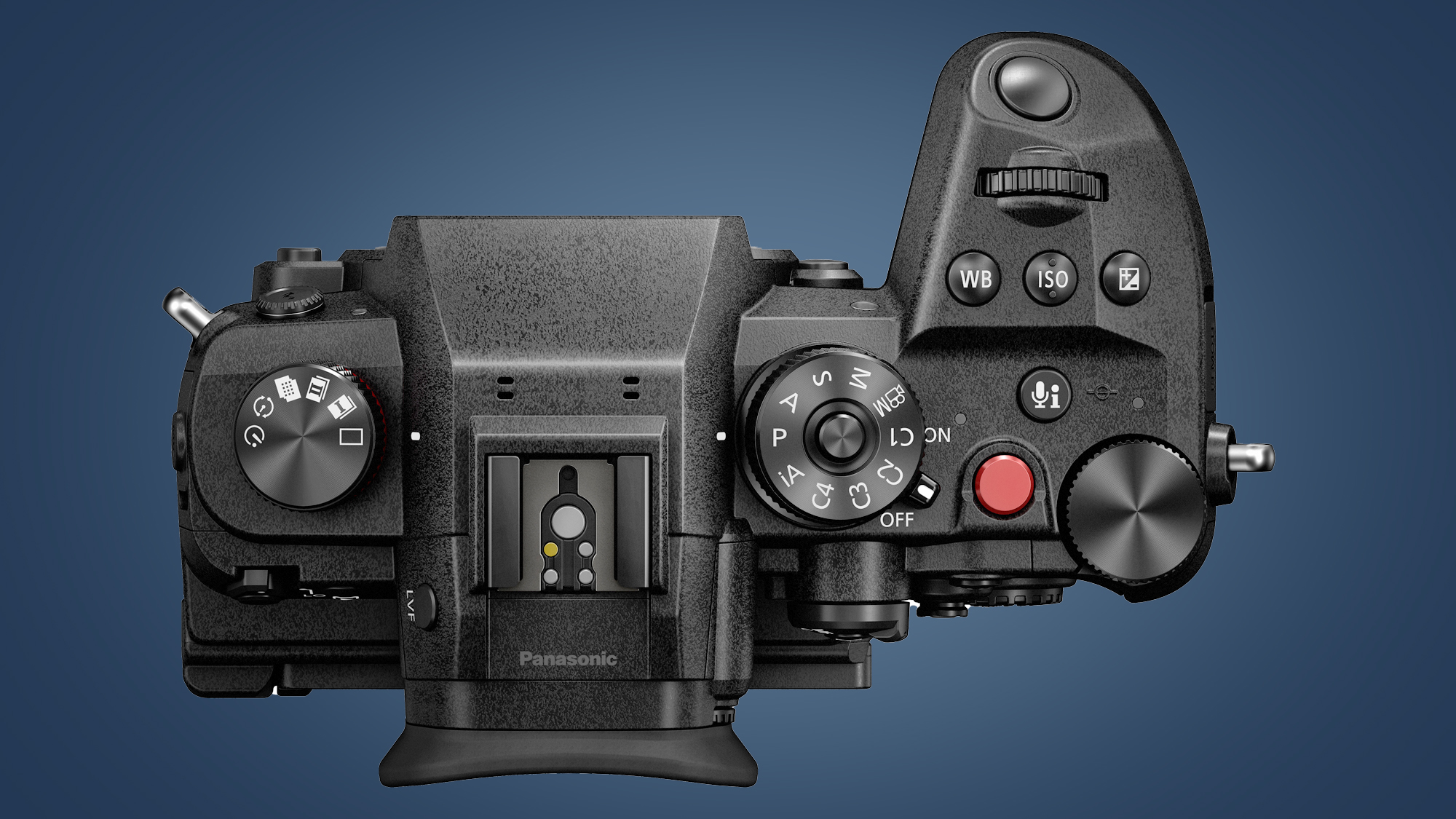 The GH6 isn’t the first camera to let you record in the Apple ProRes internally, but it is one of the few to join the Blackmagic Pocket Cinema Camera 6K Pro in doing so. The benefit for video editors is that ProRes files, despite their size, are far easier on a computer’s CPU than a camera’s native H.264 and H.265 formats, and are supported by most editing programs, too.

We’re talking ProRes 422 here, rather than ProRes Raw, but it’s a great editing codec for Mac users in particular, even if it doesn’t boost the quality of your video footage. You can also shoot in ProRes on the Nikon Z9, but that camera is in another stratosphere of cost and size compared to the GH6. 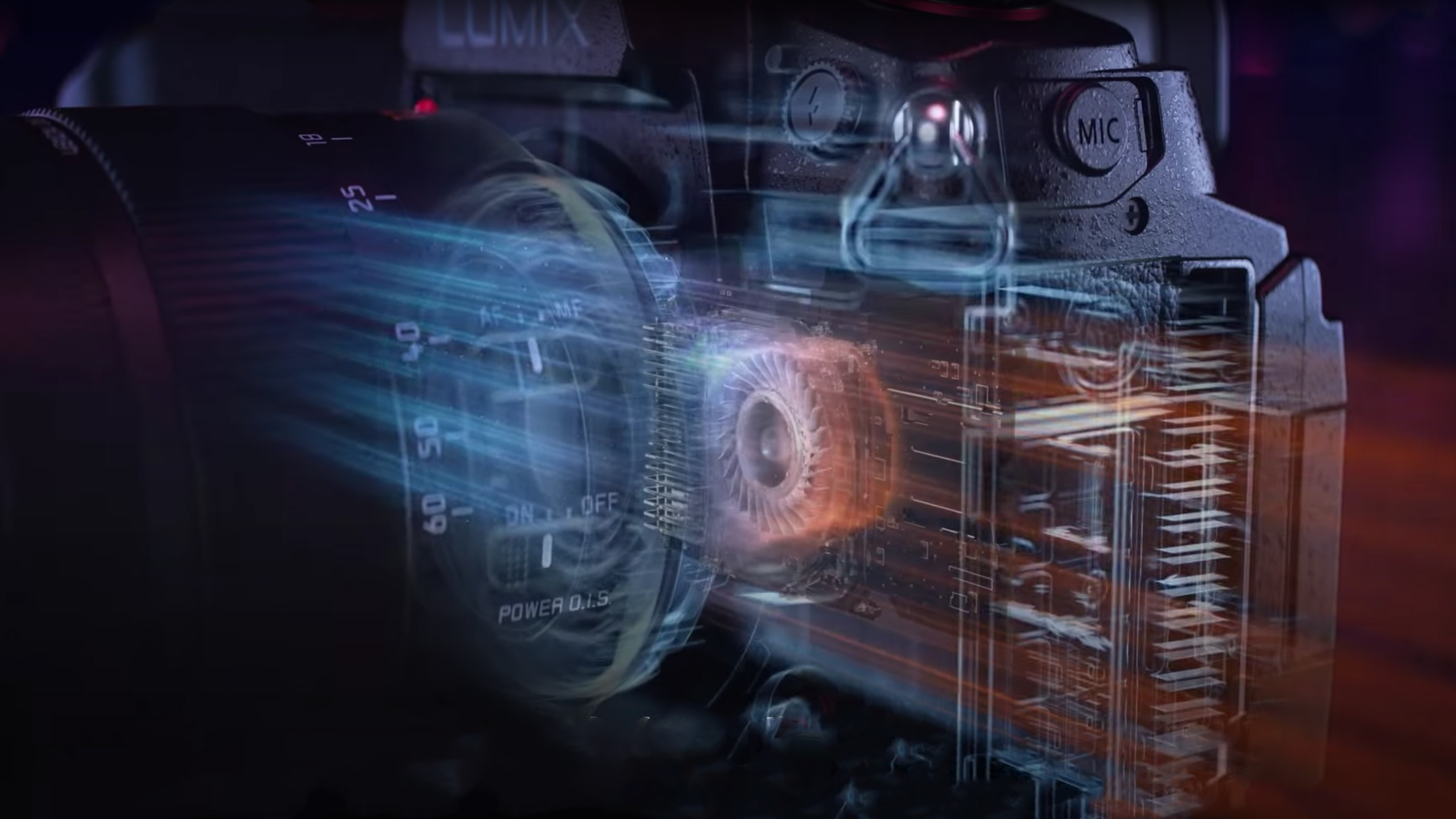 Unlike its predecessors, the Lumix GH6 has a built-in cooling fan, and the result is – in theory – the complete absence of recording time limits in any of its video modes. This isn’t a unique skill, as rivals like the Sony A7S III similarly lacks heat-based limits in most of its modes (aside from higher frame-rates like 60fps/120fps). But it is another practical benefit of the GH6’s smaller sensor.

Of course, unless you use external power, your clips will be limited either by the GH6’s battery or your card filling up. It’s a slight shame that directly recording to an SSD won’t be available until a firmware update, but it does mean you can shoot 4K/60p in 10-bit 4:2:2 without constantly worrying about shutdowns. 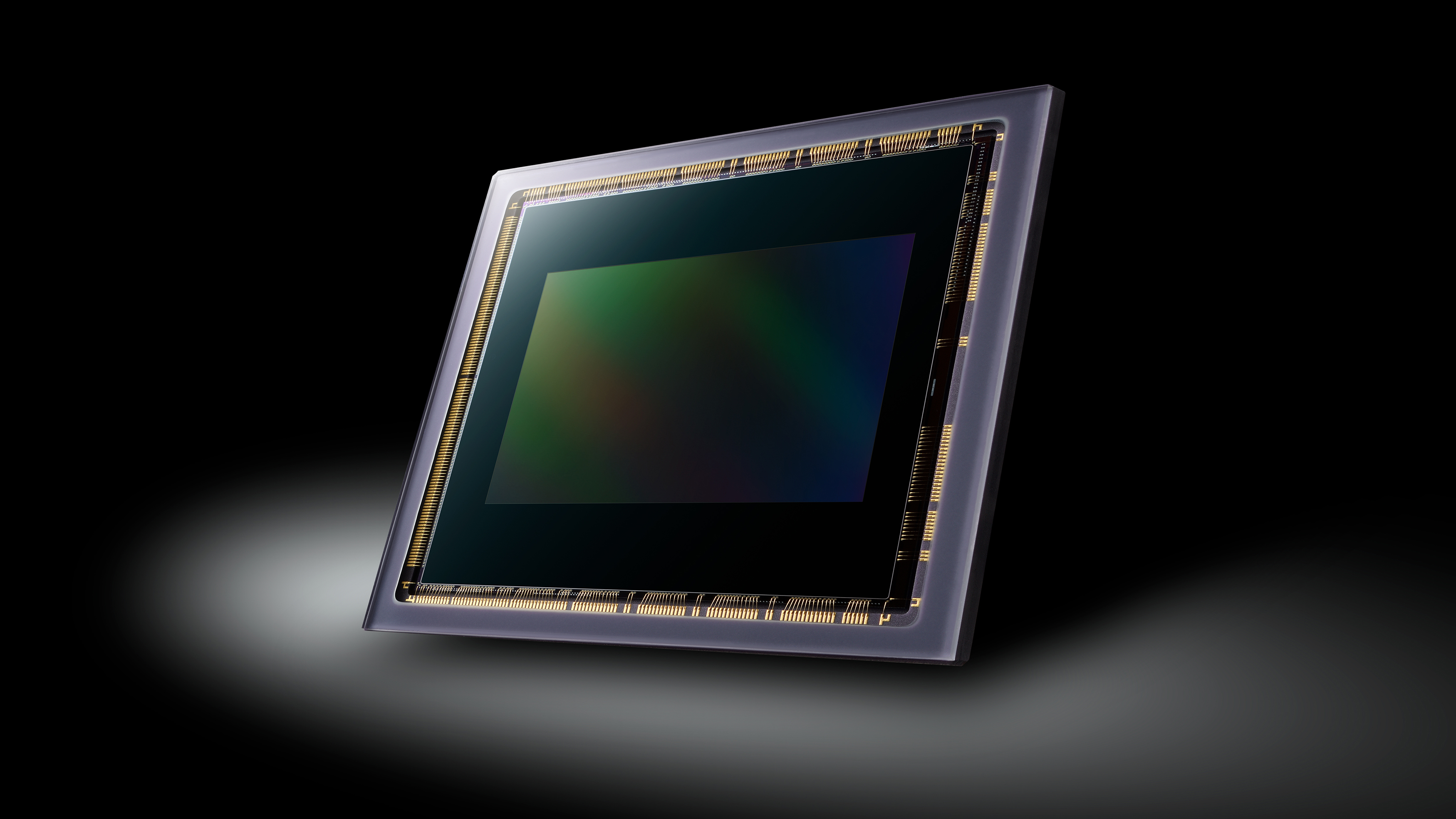 A common downside of mirrorless cameras is that, when shooting video, they tend to use a cropped portion of their sensors, which impacts both the angle of view and image quality. Not so on the GH6 – it’s able to use the entire 4:3 sensor, which means uncropped video in nearly all modes.

The only exception to this are some of the GH6’s anamorphic modes, but in all other resolutions and frame-rates you’ll get the original viewing angle of your lens and image quality that should theoretically approach APS-C cameras in their cropped modes. 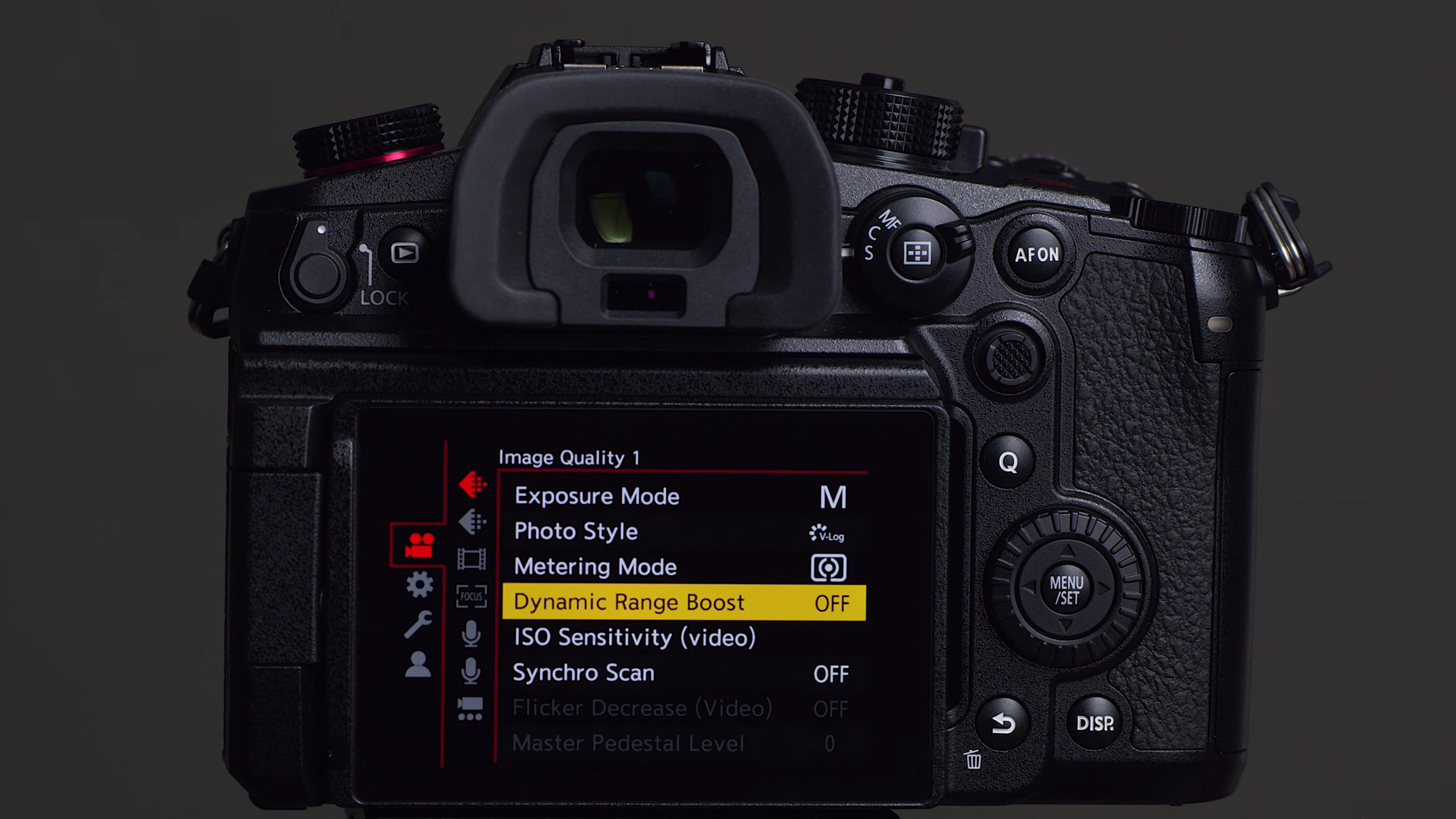 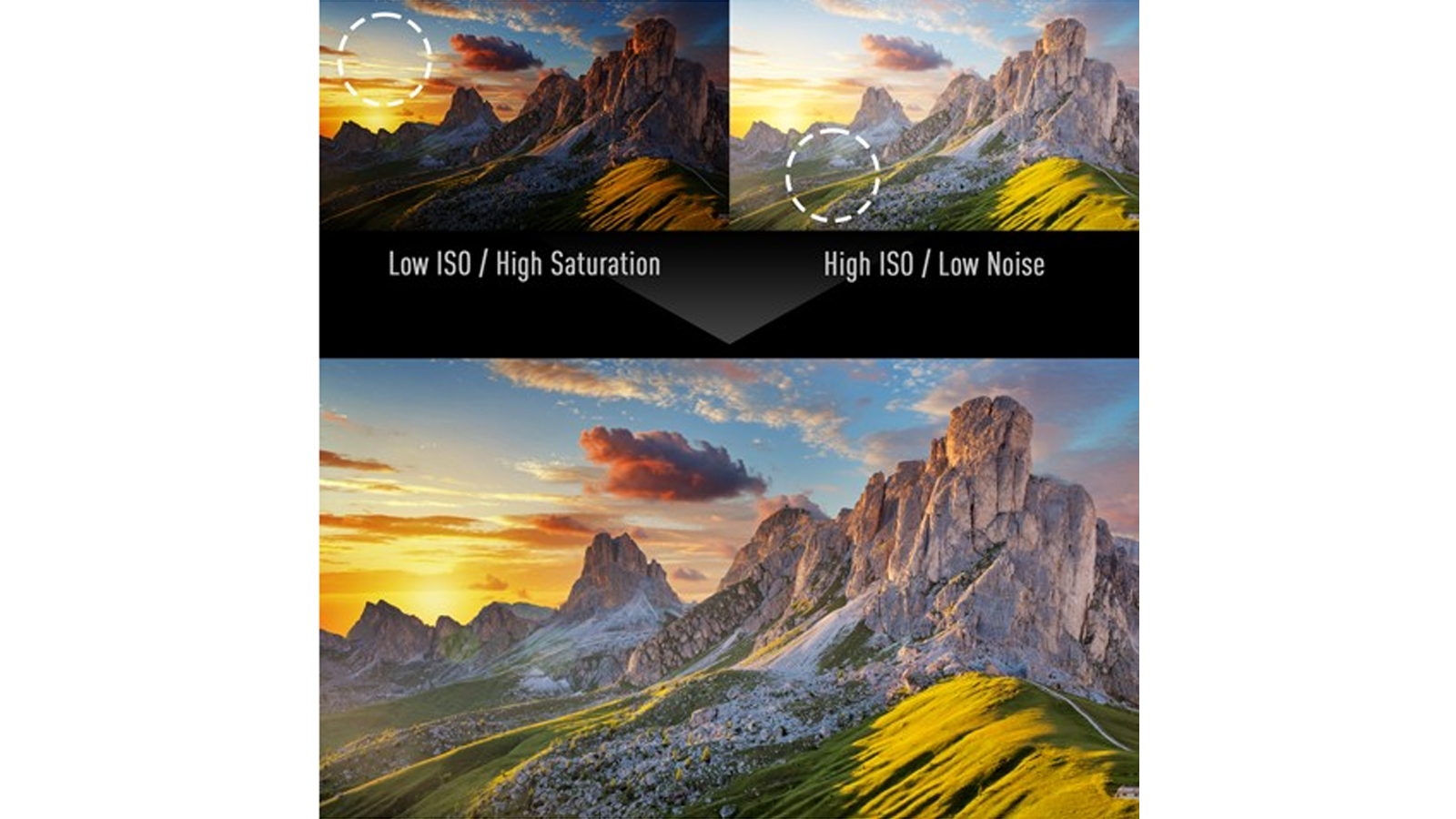 It sounds like the kind of feature that marketing departments invent to steer the narrative away from a camera’s weakness, the GH6’s Dynamic Range Boost mode is genuinely interesting. In a similar way to Canon’s DGO (Dual Gain Output) sensor tech, it combines different parts of an exposure to give you a wider dynamic range.

Unlike the dual native ISO tech we’ve (unofficially) seen on cameras like the Sony A7S III, Panasonic’s DR Boost combines the best parts of two different ISO sensitivities – rather than switching between them – to, yes, boost the dynamic range of your photos and video. We’re looking forward to testing this more, but it should mean much more information to recover from shadows and highlights. 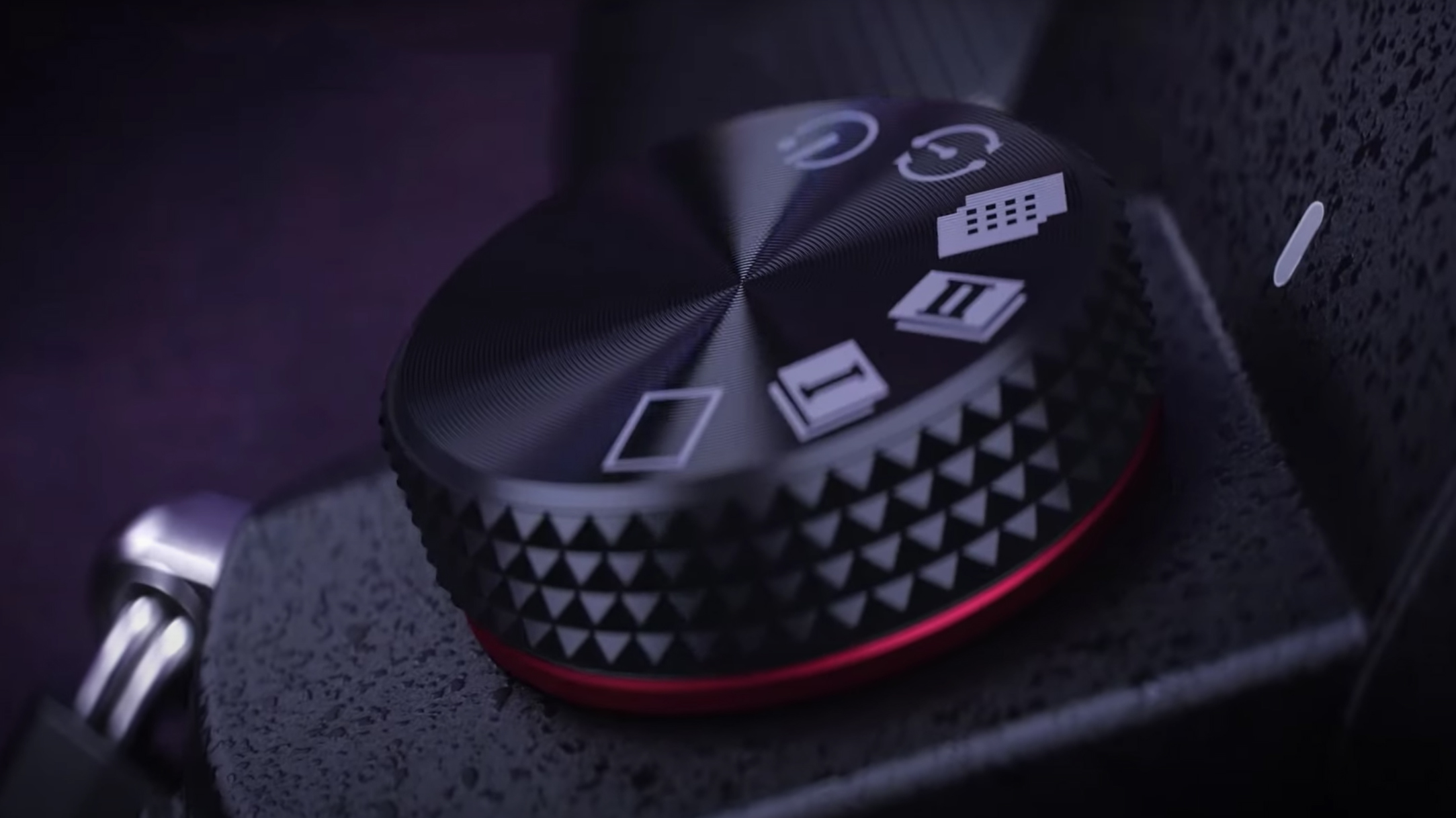 It isn’t just video shooters who get all the fun on the GH6 – there’s also now a handheld version of the High Res Shot mode we’ve seen on previous GH-series cameras. This won’t be anything new to Olympus fans, but the 100MP resolution of resulting shots will be – that’s possible thanks to the GH6’s new 25.2MP sensor, the highest on a Micro Four Thirds camera so far.

The GH6’s new in-body stabilization system, which now promises an impressive 7.5-stops of compensation, is able to combine four of those 25MP snaps into one massive one, ready for printing and framing. This has worked well in our tests so far and really helps the camera’s smaller sensor compete with its larger rivals, in both resolution and noise performance.

1. It’s chunky for an MFT camera 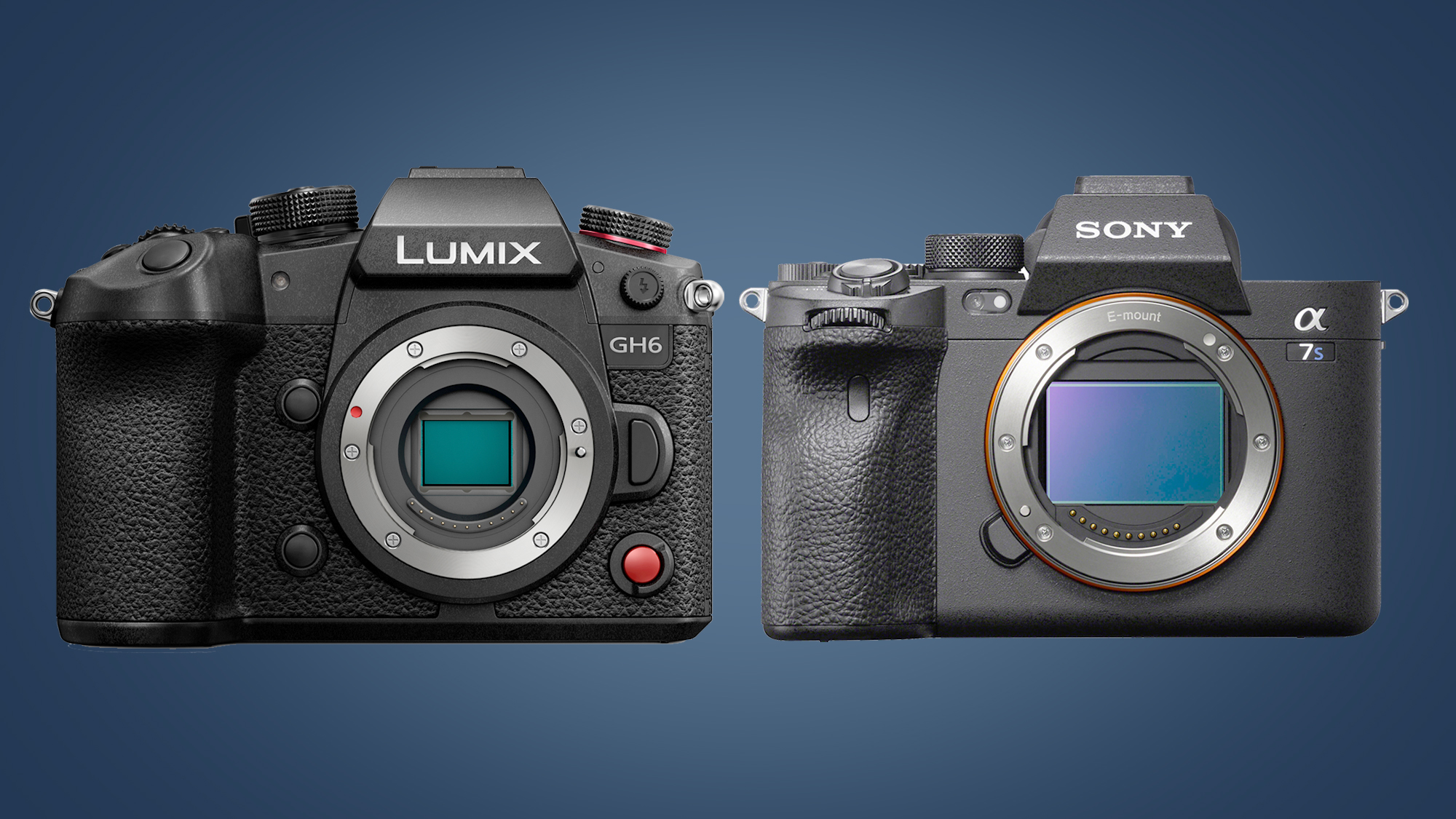 In the decision between cameras size and features, Panasonic has definitely plumped for the latter on the GH6 – and that means it’s pretty large for a Micro Four Thirds camera. In fact, it’s actually bigger and deeper than the Sony A7S III, as you can see above.

Part of that girth is down to the GH6’s built-in cooling fan, though, so it still weighs in at a pretty reasonable 823g. And you do also get the benefit of smaller Micro Four Thirds lenses – so, like the rest of the GH series, it remains a fine choice for run-and-gun filmmakers.

2. It still has contrast-only autofocus 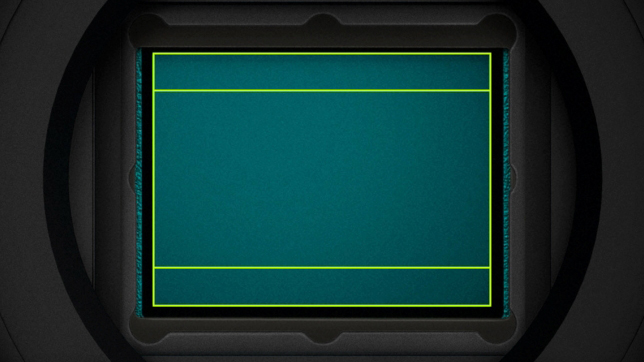 Ah yes, that familiar old chestnut: autofocus. Panasonic cameras have long resisted the charms of phase-detect or hybrid AF systems, instead persisting with contrast-detect systems that have an added layer of smarts that the company calls ‘Depth by Defocus’.

So far, our tests suggest the GH6’s autofocus system is broadly similar to the GH5 II – which means it’s improved from the early days, but not quite in the same ballpark as the latest AF systems from Sony and Canon. Panasonic has opened up about why the GH6 lacks a more modern autofocus setup, but it does remain a possible limitation if you regularly shoot moving subjects or do a lot of solo vlogging. 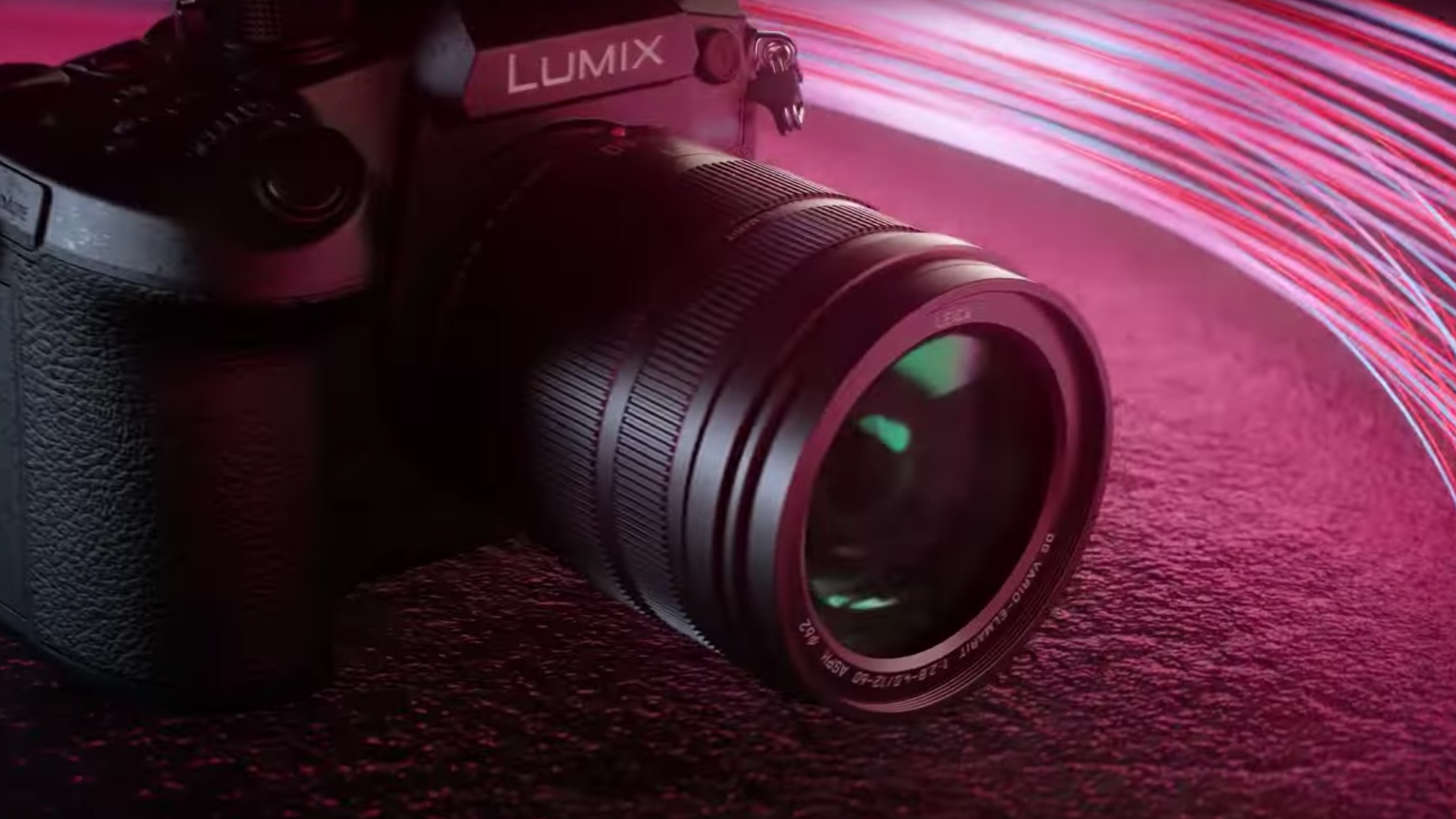 The contrast between the two seems more stark when you consider that Panasonic appears to have removed some photo-centric modes like its 6K photo mode (which is ideal for wildlife shooting) and in-camera focus stacking on the GH6. It’s very much a video camera and the GH6’s resolution is handy for stills, but it appears to have left the photography crowd to the OM-1.