Anyone looking for clues about the plot of the new The Lord of the Rings TV show would have been disappointed by Amazon’s first trailer. It did, however, make one thing abundantly clear: Peter Jackson’s Oscar-winning movie trilogy is a huge influence on the series.

From the spectacular New Zealand scenery to the giant statues built into the landscape, this new take on Middle-earth looks an awful lot like the previous one. The trailer’s references to the show being set “before the King/Fellowship/Ring”, meanwhile, are an easy shorthand to remind us we’re returning to a familiar realm – albeit in a slightly different form.

The same way Disney made sure The Force Awakens was back-to-basics Star Wars, winning back audiences turned off by the prequels, Amazon is clearly hoping we’ll forget the less popular Hobbit movies ever happened – and that we’ll see The Rings of Power as extension of a trilogy of movies that helped set out the template for 21st century blockbuster cinema.

Except, Amazon’s The Lord of the Rings: The Rings of Power is a separate franchise, and – while the events depicted shouldn’t contradict the events of the movies – it doesn’t necessarily exist in the same continuity.

The giant’s mega-budget TV show will instead tell the Second Age of Middle-earth, thousands of years before Bilbo Baggins left on his unexpected journey. And while some familiar faces will have a part to play – chief among them the immortal Elves Galadriel and Elrond – the new Lord of the Rings will largely focus on a huge cast of new characters, across a vast, multi-season arc.

So, as much as The Rings of Power looks like Jackson’s Middle-earth, the two entities may be as different as Elves and Dwarves – but what exactly is the new show and who is it for?

Don’t expect to see any Hobbits in The Rings of Power – they don’t turn up until the Third Age of Middle-earth. (Image credit: Warner Bros)

The Rings of Power – “a title that we imagine could live on the spine of a book next to JRR Tolkien’s other classics,” the showrunners claim –  is not a remake, but it is based on the works of JRR Tolkien. One thing it isn’t, however, is an adaptation of The Silmarillion, the sprawling collection of stories from the First and Second Ages of Middle-earth, that Tolkien originally intended as a follow-up to The Hobbit in the late-1930s.

To paraphrase the venerable Master Yoda, a page turner it was not, and the book was only published (edited by Tolkien’s son, Christopher) after the author’s death. In the meantime, edited highlights had found their way into the appendices of Return of the King when it was published in 1955. These appendices will form the basis of the new season.

“We have the rights solely to The Fellowship of the Ring, The Two Towers, The Return of the King, the appendices, and The Hobbit,” showrunner JD Payne told Vanity Fair. “And that is it. We do not have the rights to The Silmarillion, Unfinished Tales, The History of Middle-earth, or any of those other books.”

“There’s a version of everything we need for the Second Age in the books we have the rights to,” added co-showrunner Patrick McKay. “As long as we’re painting within those lines and not egregiously contradicting something we don’t have the rights to, there’s a lot of leeway and room to dramatize and tell some of the best stories that [Tolkien] ever came up with.”

The fact that many fans of Jackson’s movies will have never read The Silmarillion or those appendices makes The Rings of Power a very different proposition to the movies.

Even before Jackson’s films, The Fellowship of the Ring, The Two Towers and The Return of the King were novels beloved by millions, effectively set texts for adolescence and the blueprint for epic fantasy storytelling. Where Frodo, Gandalf and Gollum were famous long before Elijah Wood, Ian McKellen and Andy Serkis played them on screen, the key players in the Second Age are familiar only hardcore fans of Tolkien’s ‘expanded universe’.

Amazon is therefore gambling that enough fans of Jackson’s movies will join them on the journey – and that they’ll invest in a load of characters they don’t really know. Will bringing Harfoots (the diminutive ancestors of the Hobbits) into the mix be enough to make us nostalgic for those good old days back in the Shire with Frodo and Sam? 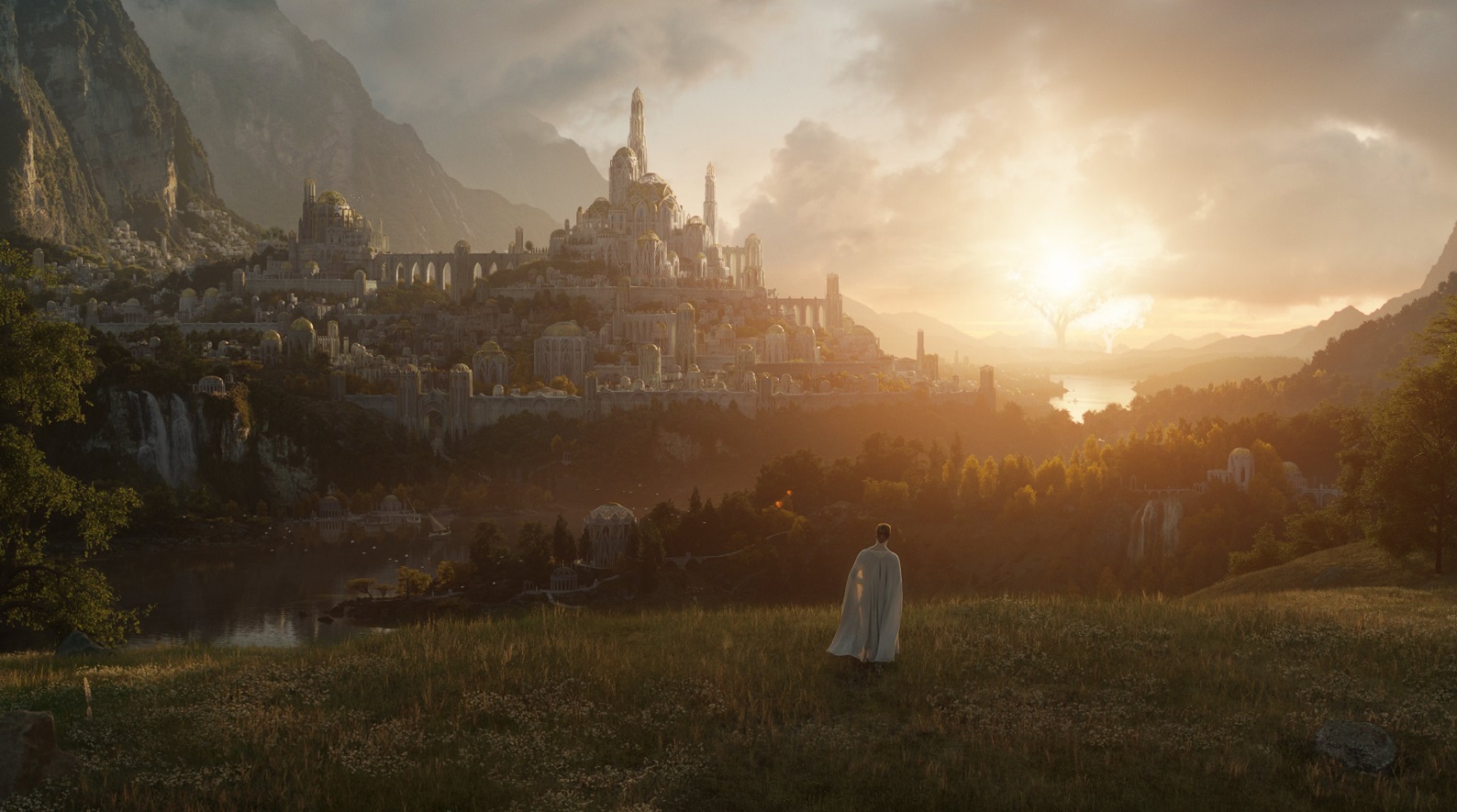 The billion dollars Amazon is reportedly investing in the show feels like a lot of money to spend on what’s effectively a prequel – after all, we already know that, in a few thousand years, the Dark Lord Sauron will be vanquished, the One Ring destroyed in the fires of Mount Doom.

Prequels are notoriously difficult things to pull off, however – Star Wars, Alien and JK Rowling’s Wizarding World have all floundered when diving into backstory – and the success of The Rings of Power is tied up in how much viewers want to know about what came before. The last stand of Elves and Men, the fall of the Atlantis-like city of Númenor, and even the forging of the 20 eponymous rings (nine for mortal men, seven for the dwarf lords, three for the Elves, and one for Sauron itself) are all pivotal to the history of Middle-earth, but is it essential that we see them on screen?

It seems imperative, then, that the show find a hook stronger than filling gaps in canon, and that the multiple storylines promised are more than just a very expensive lesson in Middle-earth history.

Luckily, the production team won’t have to make things up as they go. Tolkien was meticulous in his world building – to the extent the stories sometimes feel like an afterthought – and the production team have, Payne says, “worked in conjunction with world-renowned Tolkien scholars and the Tolkien estate to make sure that the ways we connected the dots were Tolkienian and gelled with the experts’ and the estate’s understanding of the material.”

While significant changes to Tolkien’s mythology are unlikely to be signed off by Tolkien’s gatekeepers, some amendments are inevitable. We already know that new characters have been created for the show – just as Jackson manufactured the Elf Tauriel, played by Evangeline Lilly, for The Hobbit – and that the vast timespans of the Second Age will be contracted to make them more palatable to a TV audience.

As Payne explained in Vanity Fair, “If you are true to the exact letter of the law, you are going to be telling a story in which your human characters are dying off every season because you’re jumping 200 years in time. Look, there might be some fans who want us to do a documentary of Middle-earth, but we’re going to tell one story that unites all these things.”

Skirting the line between keeping the Tolkien purists happy, and telling an engaging, captivating fantasy epic could prove a quest as challenging as Frodo’s mission to Mordor. 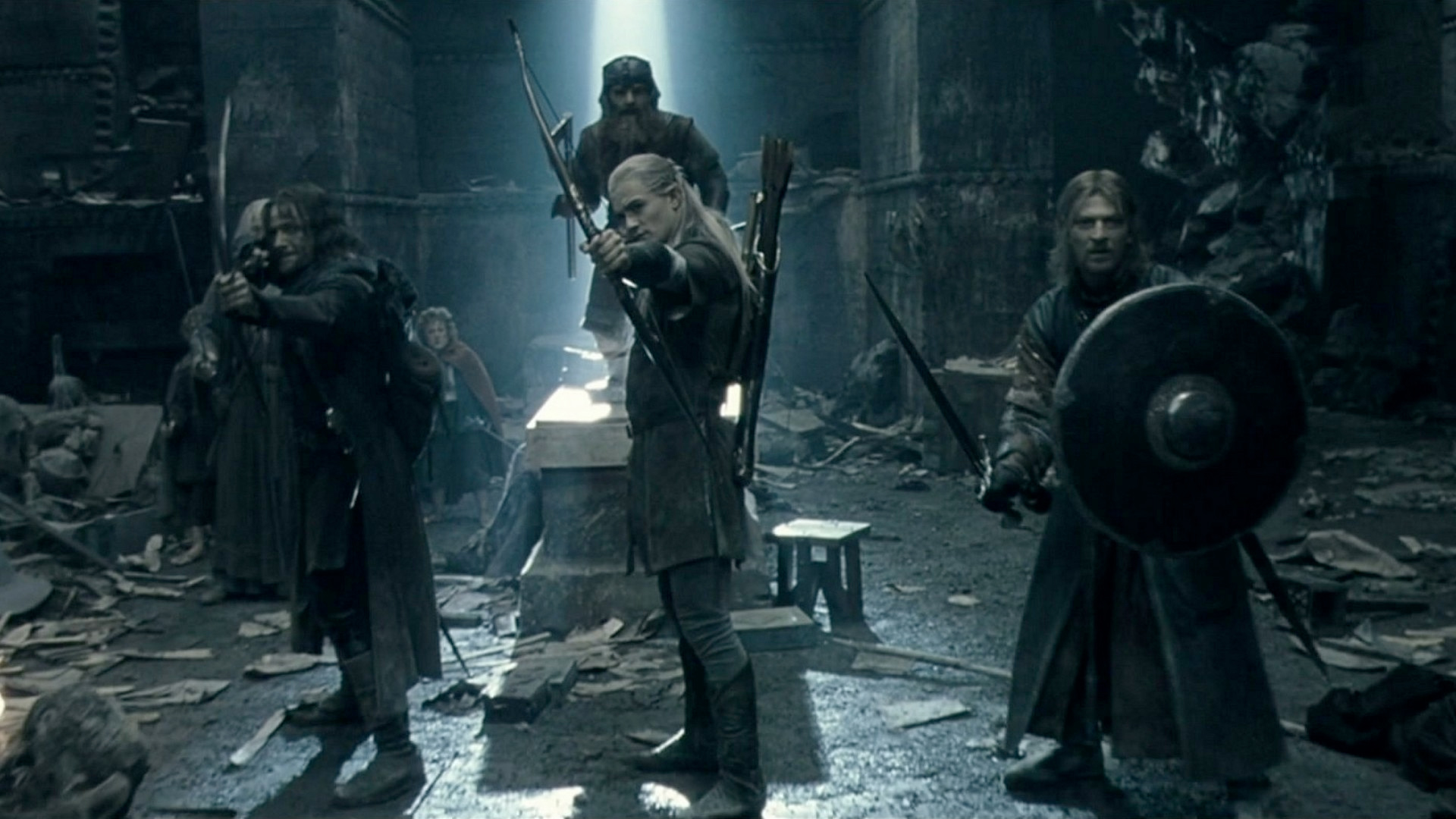 The Rings of Power will explain the origins of the One Ring the Fellowship set out to destroy. (Image credit: New Line Cinema / WingNut FIlms)

The showrunners will also have to do it without falling back on the R-rated activities integral to Game of Thrones and – to a lesser degree – The Witcher. Sex, in particular, isn’t really a feature of Tolkien’s chaste, conservative world, a place where female characters and romance are generally conspicuous by their absence.

Perhaps more importantly, if the show is going to deliver on the investment and genuinely be the next Game of Thrones – now arguably more important than being the next The Lord of the Rings – it’s going to need to appeal to the biggest audience possible. This fact isn’t lost on the production team.

“[The goal] was to make a show for everyone, for kids who are 11, 12, and 13, even though sometimes they might have to pull the blanket up over their eyes if it’s a little too scary,” McKay told Vanity Fair. “We talked about the tone in Tolkien’s books. This is material that is sometimes scary – and sometimes very intense, sometimes quite political, sometimes quite sophisticated – [but] it’s also heartwarming and life-affirming and optimistic.”

Whether or not it looks like Peter Jackson’s Middle-earth, The Rings of Power’s biggest challenge may be convincing the world that the Second Age is somewhere they want to be.

The Lord of the Rings: The Rings of Power comes to Amazon Prime Video on September 2, 2022.