Faster downloads, better streaming: why a gamer’s New Year’s resolution should be a network upgrade 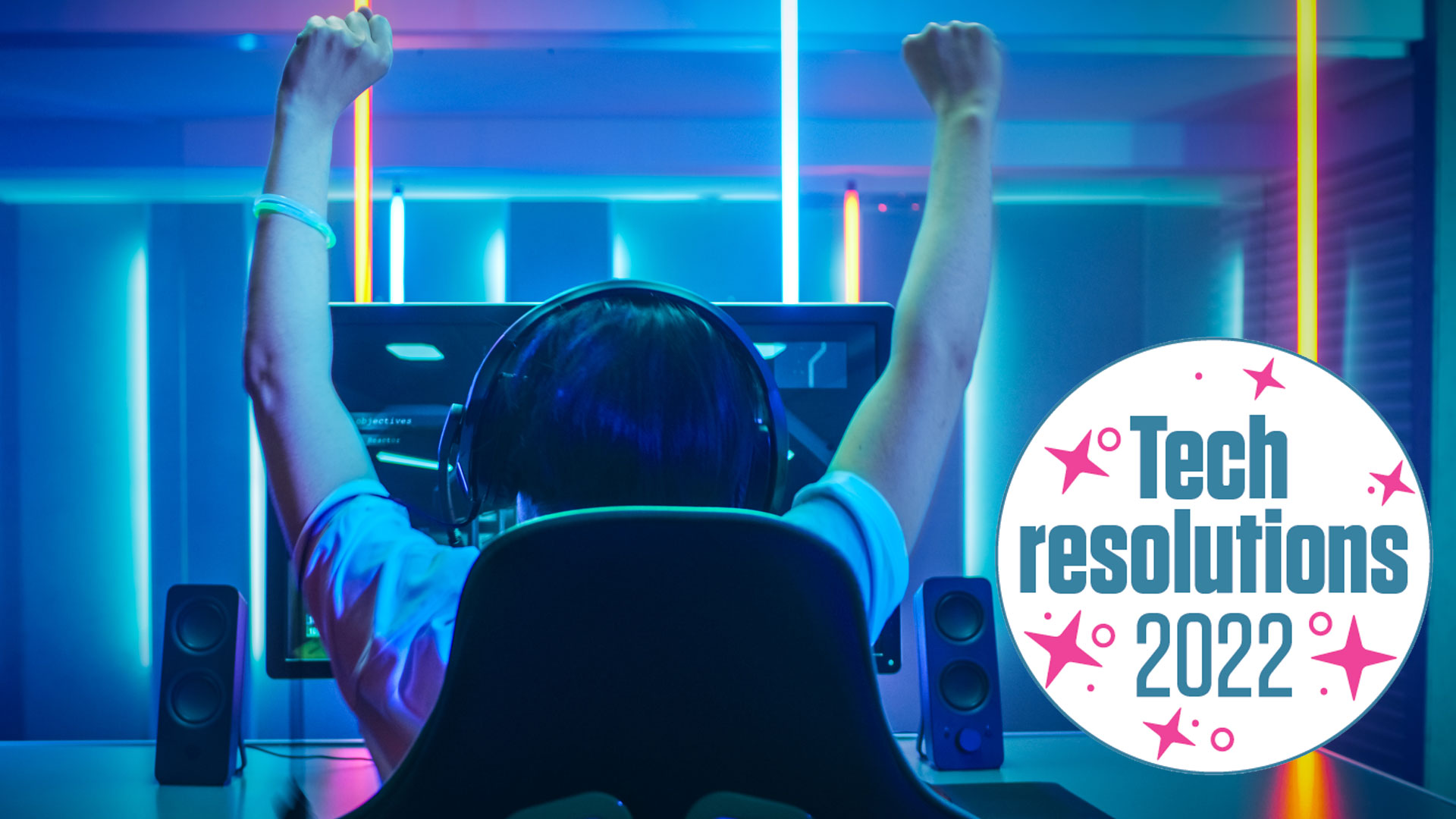 The urge to upgrade is a constant one for gamers. The desire to jump from Nintendo Switch to Nintendo Switch OLED is strong, the need to pop a 2TB SSD into the PS5 near-overwhelming, and the lust to level up from a standard Xbox pad to an Xbox Elite Wireless Controller Series 2 profound, profuse and prodigious.

The problem is, we don’t always make the upgrades that offer the most bang for our buck. And while flashy hardware launches often pull our attention, there’s little thought given to the gadgetry that supports our gaming addiction. 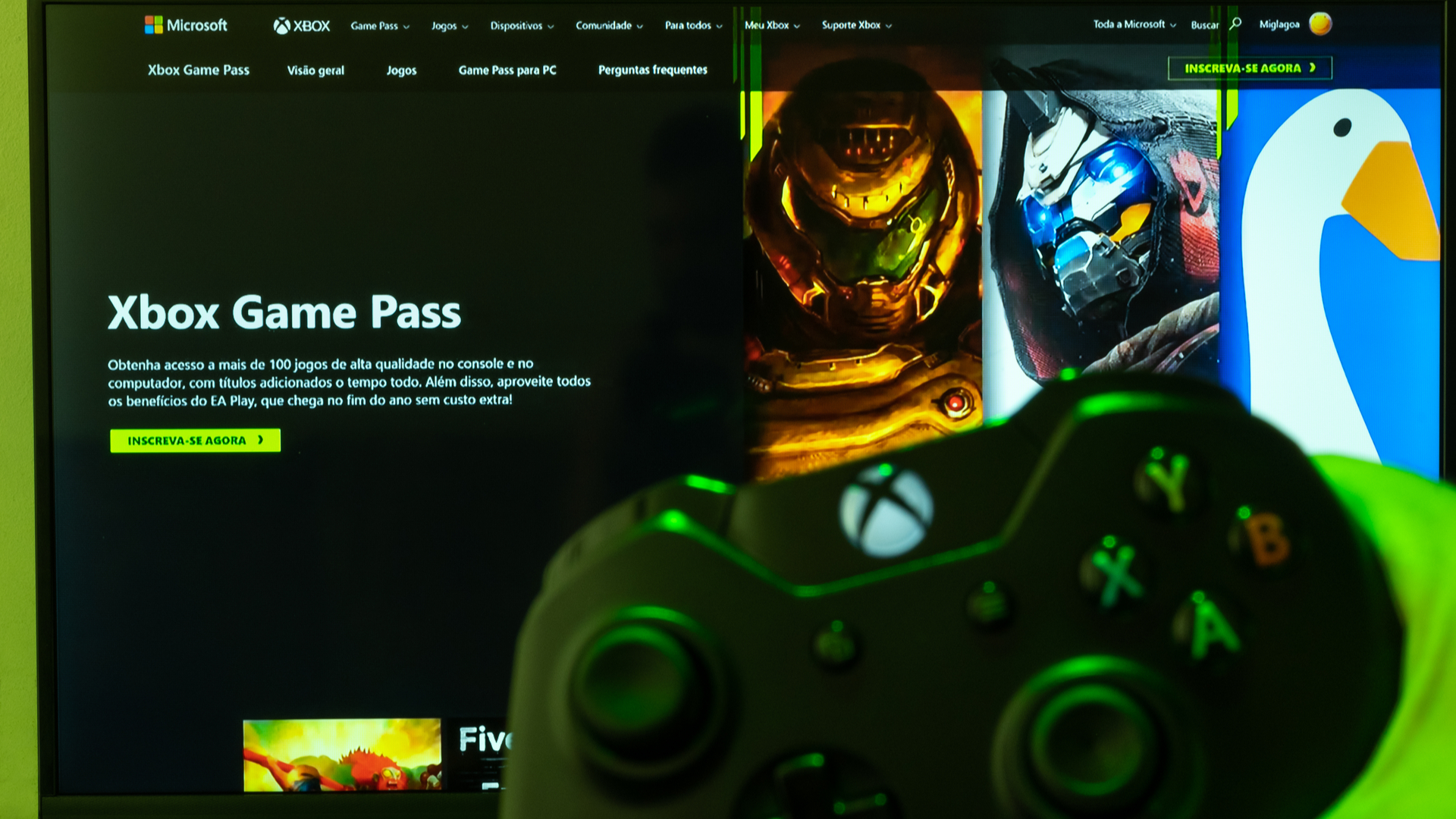 Specifically, I’m talking about our network gear. Never before has the quality of our internet connections been more important to our games sessions. At a basic level, games are bigger than they’ve ever been, regularly topping out at over 100GB. So to even play a game in any good time requires an internet connection with a magnitude of greatness vastly exceeding what was required during the last generation.

And that’s before considering many of the modern gaming conveniences that are reliant on a solid network connection, like game streaming, remote play, live broadcasting and competitive online play. In addition, a good network will improve other aspects of your digital lives, from TV streaming to video call quality to smoother work-from-home connectivity. It’s an upgrade that’ll impact not just your gaming, but your everyday online experience.

And that’s why my 2022 New Year’s resolution is to give my home a full network makeover. If surfing the superhighway was still a phrase that didn’t conjure images of the ‘hello fellow kids’ meme, next year I’m going to be the Big Kahuna in the Hawaiian shorts carving the A-Frame of speedy downloads and smooth streams.

Anyway, here’s what I’m going to need to do it. 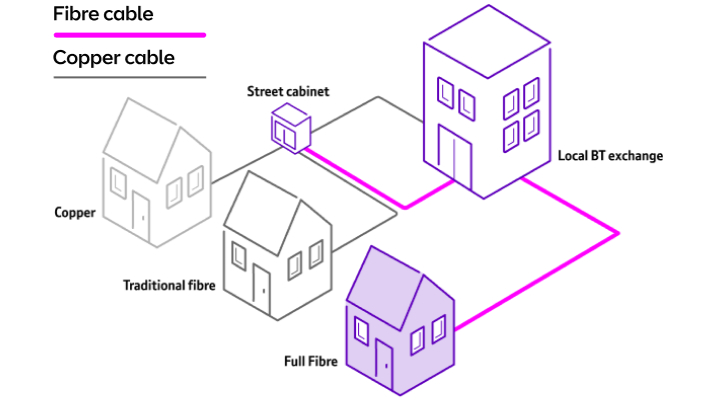 Start at the source – get your broadband speed up to scratch. Here in the UK, you have a few full fiber-to-the-premises provider options, from Hyperoptic to Amvia. But for wide coverage support, customer service and package options that include TV thrown in, I’m going with BT Full Fibre 900. Running fiber optic cabling straight from the local BT exchange to your home will let you hit speeds as much as 25x faster than standard fiber broadband connections.

What it benefits: Everything! With a full fiber connection, you’ll be massively cutting down on the amount of time it takes to download a game, and this may make you think twice before investing in pricey additional storage solutions. Why store your library on hard drives if you can so easily swap and download titles at your leisure. Likewise, high broadband speeds will ensure you get smooth, stable, high-resolution streaming connections without buffering or bitrate drops – handy for everything from Xbox Game Pass Streaming to Google Stadia and from Netflix to Disney Plus. 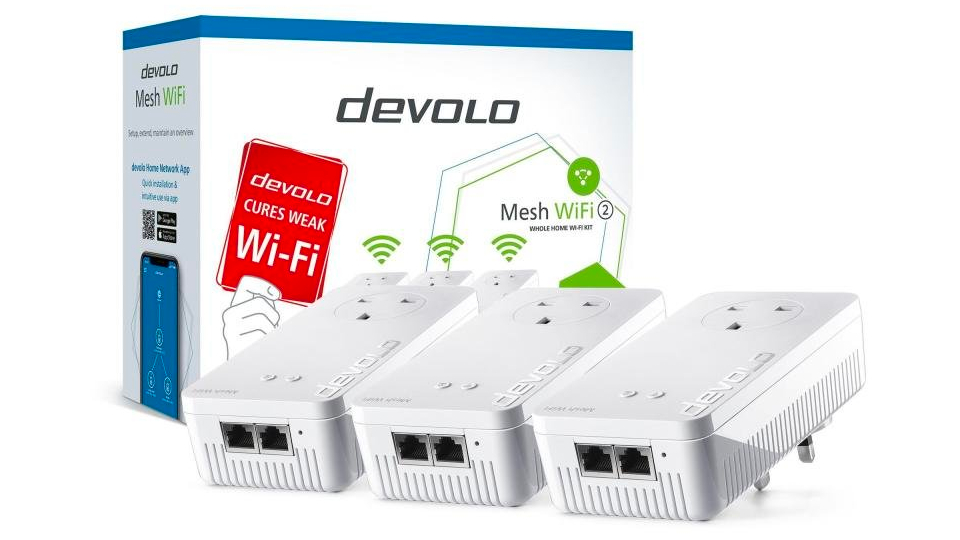 If you want rock-solid connectivity around your home, and can’t always run a cable directly from your router to your devices, powerline networking (which feeds your broadband signal through your home’s electrical wiring) is the answer. The Devolo Mesh Wi-Fi 2 Whole Home Wi-Fi Kit goes one better than that. It not only acts as a cabled link to a hard-to-reach router, but (as the name suggests) also as a mesh network that covers your home in wireless connectivity goodness, boosting and repeating the signal from powerline plug to powerline plug. Theoretical speeds of 1,200Mbps are possible with the Mesh Wi-Fi 2 products. Each unit also benefits from two Gigabit Ethernet ports,  dual-band 802.11ac Wi-Fi on the 2.4GHz and 5.0GHz bands, and a plug socket so you don’t lose access to a wall outlet.

What it benefits: While this is particularly good for larger houses where Wi-Fi coverage from a distant router can be patchy, I’m going to be making use of the Devolo kit for a very specific purpose – getting the most out of the Nvidia Gamestream and Moonlight apps. With both my gaming PC and Nvidia Shield TV Pro set-top box hooked up to Devolo’s powerline gear, I’ll be able to make the most of Nvidia’s GameStream feature and the independent Moonlight app, which lets you beam locally stored games from the PC to a compatible device. In this case, it’ll let me play PC games over my local network on the big screen in my living room without moving my PC. Devolo’s networking gear will ensure I don’t drop frames or see any unwanted lag. It’s particularly useful for older games that haven’t yet made the jump to streaming services. 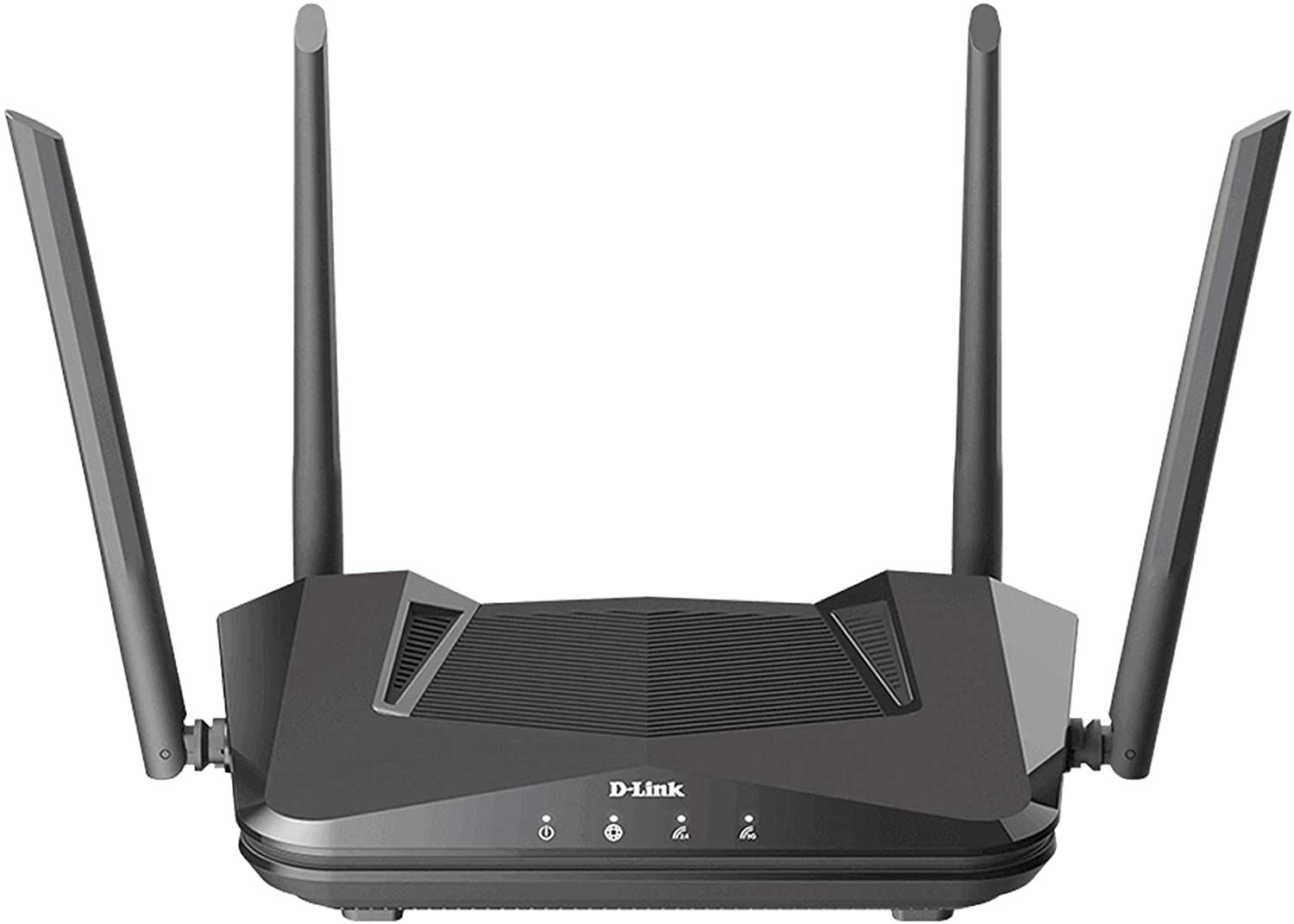 What I’m upgrading: Router to… an undecided Wi-Fi 6 pick!

According to our own Steve McCaskill, “Wi-Fi 6 is a generational shift in wireless communications and is viewed as a complementary technology to 5G, boosting speeds, enhancing capacity and lowering latency. This guarantees a higher degree of performance and reliability, especially in networks where multiple devices are competing for bandwidth.” So, it’s a no-brainer to upgrade, right? While I’d usually just pick one from our best Wi-Fi 6 routers guide, they’re not compatible with the BT TV Box Pro that accompanies the BT Full Fibre 900 package I’m using. Rumor has it that the next BT Smart Hub router will be Wi-Fi 6 compatible, so this may be the one I need to hold out for.

What it benefits: For me, personally, this one comes down to wireless VR play. I want to be able to use the Oculus Link feature of my Oculus Quest 2 headset (or should that be Meta Quest these days?) to play high-end PC VR games beamed directly to the headset without the need for cabling the two up. Wi-Fi 6 will ensure the process is smooth and stable and also minimize the lag that might otherwise turn stomachs in a virtual reality situation. 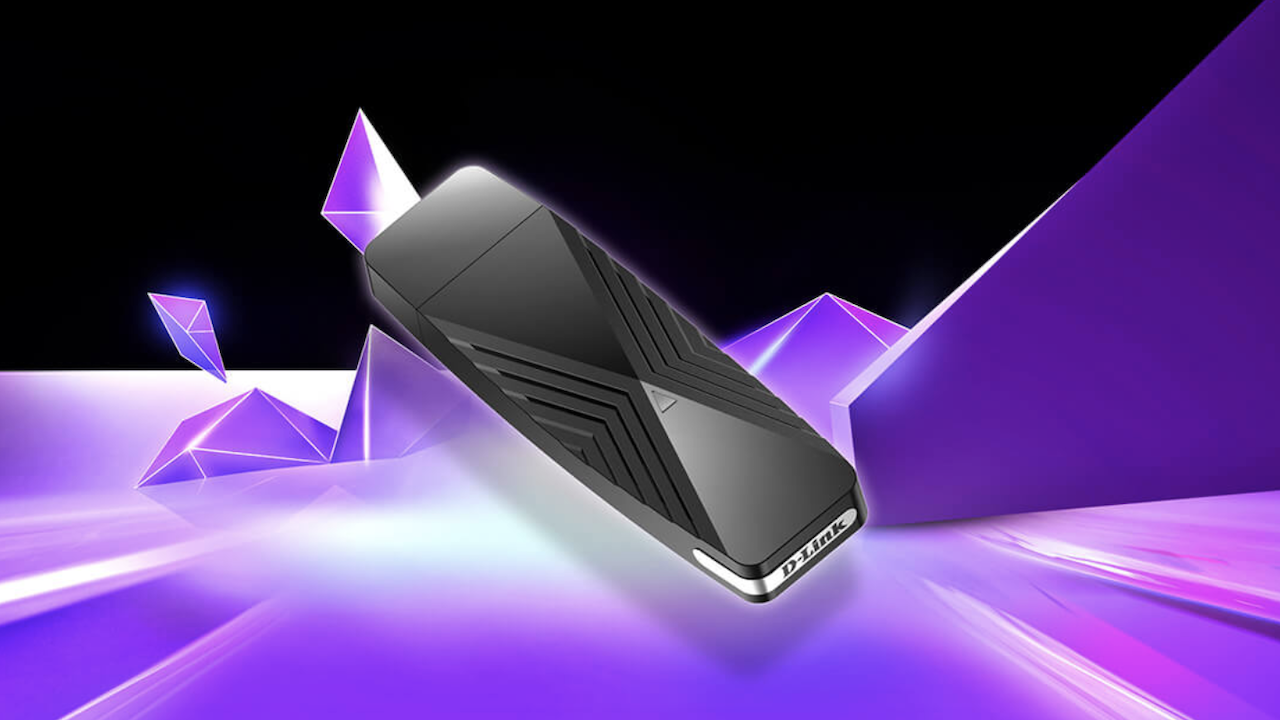 What’s the point of a Wi-Fi 6 router if your computer doesn’t support the standard? Rather than ripping the innards out of your PC, this external adapter from D-Link adds W-Fi 6 functionality to your computer without having to do open-heart surgery on it. It’s plug-and-play with pre-loaded drivers and offers 574 Mbps (2.4 GHz) / 1200 Mbps (5 GHz) connection speeds.

What it benefits: Again, for me, this comes back to the Oculus Link scenario. As my gaming PC doesn’t have a Wi-Fi card of its own (weird, huh?) this external USB solution will let me reap the benefits of Wi-Fi 6, and make the most of the wireless VR features I mentioned above. 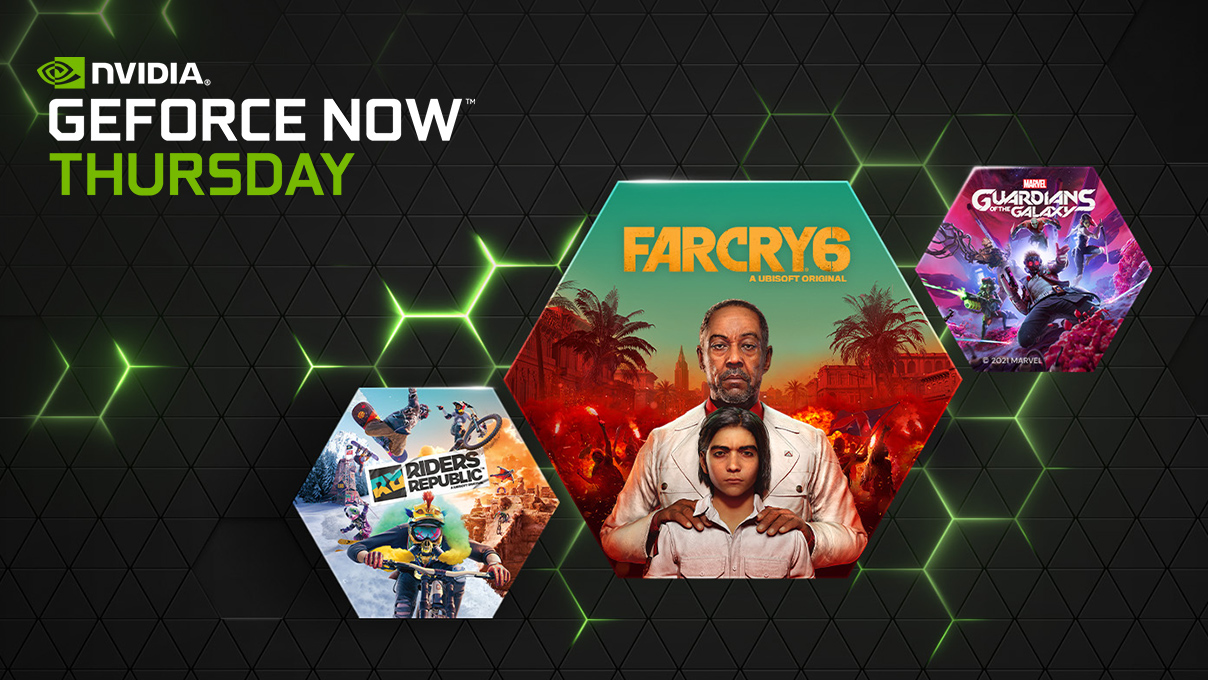 Though it has rivals, including Google Stadia, Xbox Game Pass Streaming and Amazon Luna, my go-to game streaming service remains Nvidia GeForce Now. It lets you beam games over the internet without downloading them first, in much the same way as you access a Netflix stream. You can use it on practically every device, from iPad to Android phone to (my personal favorite) Nvidia Shield TV, and it has an ever-growing library of games. Best of all, by connecting it with your Steam, Epic Games and Ubisoft accounts, your subscription to the service lets you access games you’ve already purchased elsewhere – something the likes of Stadia fail to offer. GeForce Now is broken up into tiers, and I’m going to be using the RTX 3080 membership tier, which offers up to 1440p / 120fps gameplay through PC and Mac, and a high-res 4K HDR / 60fps when streamed to that Nvidia Shield TV.

What it benefits: The upgraded tier boosts resolutions from a 1080p standard to as high as UHD 4K, with HDR and higher framerates to match. But it’s the power of the virtual machines this tier offers that I’m interested in. The RTX 3080 tier actually runs off an Ampere GA102 chip on a server with an eight-core AMD Threadripper CPU, 28GB of DDR4 memory, and a Gen4 SSD. Nvidia says that’s good for about 35 teraflops of GPU performance, which puts it more in line with the even-more-powerful RTX 3090 than the 3080 the tier gets its name from. With the above hardware upgrades, I’ll be able to make GeForce Now sing, even at its highest resolutions and framerates, in a way that’ll make me forget I’m streaming these demanding games from the cloud.

This article is part of TechRadar’s Tech Resolutions series, a motivating blast of encouragement showing you how to supercharge your new year with tech. Running from Sunday, December 26 to Sunday, January 2, our series will also reveal how we’re aiming to level up our gadget lives in 2022. So whether you’re looking to become a Chromebook power-user, beat your takeaway obsession with a new air fryer, or use a smartwatch to propel you to new fitness heights, we’ll show you how to get your new year off to a flier. And when it all inevitably goes wrong, you can always blame the gadgets.