Firefox Relay is now actually worth your attention

Mozilla has launched an update for its email privacy service, Firefox Relay, that addresses common complaints and extends the tool to a wider audience.

With the latest version of Firefox Relay, the attachment file size limit has been upped from 150KB to 10MB, which means users won’t run into trouble when receiving emails that contain documents, concert tickets and the like. Previously, these attachments just wouldn’t make it to the inbox.

In a blog post, Mozilla also revealed the Firefox Relay extension is now available via Google Chrome too, where previously only Firefox users had access (and those willing to use the website). Given Chrome is by far the most widely used web browser, with more than 60% market share, the move will open up the service to millions more people.

Lastly, Mozilla announced new features that allow Firefox Relay users to filter out promotional emails for a predefined period, but this functionality is available to paying subscribers only. 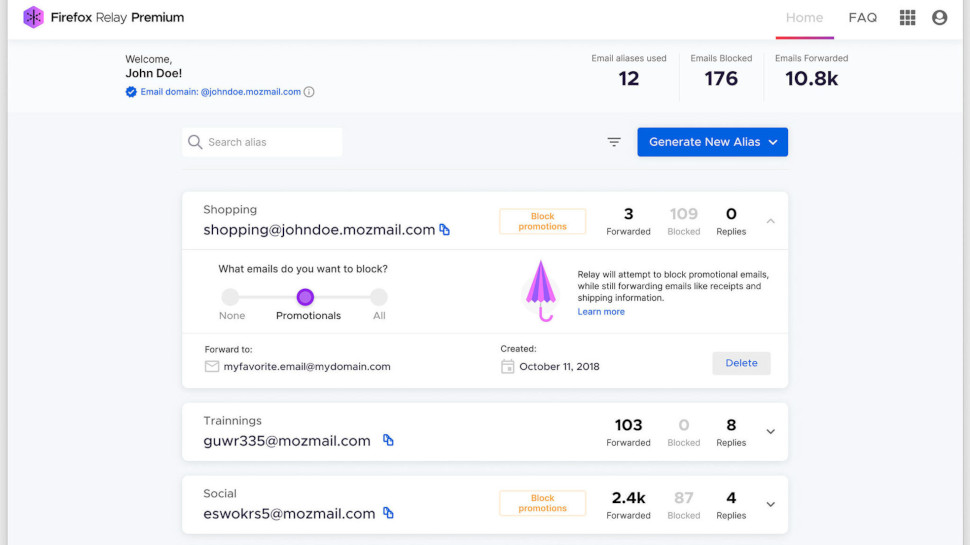 Re-launched late last year, Firefox Relay gives people a way to obscure their personal email address when interacting with vendors and websites they may not trust. The service allows users to create multiple email aliases (up to five for free), which route messages through to their original inbox without exposing their identity.

To explain the utility of the email relay service, Mozilla draws a comparison between a person’s email address and personal phone number.

“In real life you have a phone number where family and friends can call and reach out to you directly. You likely have it memorized by heart and it’s something you’ve had for years. In your online life your email address is like your phone number, it’s a personal and unique identifier,” wrote Mozilla, in a separate blog post.

“Your email address has become the way we access almost every website, app, newsletter, and hundreds of other interactions we have online every single day. That means your email address is in the hands of hundreds, if not thousands, of third parties. As you think more about your email address and the places it’s being used, Firefox Relay can help protect and limit where it’s being shared.”

> The inside story of the browser wars, told by a veteran

> Taking on Google: Meet the challenger search engine trying to break the monopoly

The email relay tool is part of a growing suite of privacy-focused products from Mozilla, which has taken the decision to deemphasize its famous browser as it seeks to establish new revenue streams that are independent from its ability to compete with the likes of Chrome, Safari and Edge.

The latest update for Relay can be seen as an attempt to bolster both quality and scope of the Mozilla suite, as competitors such as Brave, Proton and DuckDuckGo begin to expand their own arsenals of privacy services.

Scam calls hit a new high in the US this year