The Umbrella Academy season 3 has finally received a release date – and it’s coming to Netflix on June 22.

Announced at SXSW 2022, the hit Netflix show will end its two-year hiatus when it returns to our screens this summer. The Umbrella Academy’s second season aired on the streaming service in July 2020, so it’s high time that its next instalment arrived (pandemic-induced delay aside).

Not content with just revealing season 3’s official launch date, Netflix showered (see what we did there?) us with some extra tasty Umbrella Academy treats. First up, the streaming giant released a 15-second clip of our favorite dysfunctional superhero family facing off with their new arch-rivals, aka The Sparrow Academy:

Alright, so that clip doesn’t give much away, but it suggests that the Umbrella and Sparrow Academies are going to be duking it out for their father’s attentions for much of season 3.

Of more importance, though, is the plot synopsis for The Umbrella Academy season 3. Released alongside the release date and clip, Netflix revealed more information about the third season’s overarching narrative – including a tease concerning its villain.

“After putting a stop to 1963’s doomsday, the Umbrella Academy return home to the present, convinced they prevented the initial apocalypse and fixed this godforsaken timeline once and for all,” the synopsis reads. “But after a brief moment of celebration, they realize things aren’t exactly (okay, not at all) how they left them.

“Enter the Sparrow Academy. Smart, stylish, and about as warm as a sea of icebergs, the Sparrows immediately clash with the Umbrellas in a violent face-off that turns out to be the least of everyone’s concerns. Navigating challenges, losses, and surprises of their own – and dealing with an unidentified destructive entity wreaking havoc in the universe (something they may have caused).

“Now all they need to do is convince Dad’s new and possibly better family to help them put right what their arrival made wrong. Will they find a way back to their pre-apocalyptic lives? Or is this new world about to reveal more than just a hiccup in the timeline?”

So, who could the latest antagonist be? We’ll dive into that in just a moment. The Umbrella Academy season 3 will launch in full on Netflix on Friday, June 22.

Analysis: who is The Umbrella Academy season 3 villain? 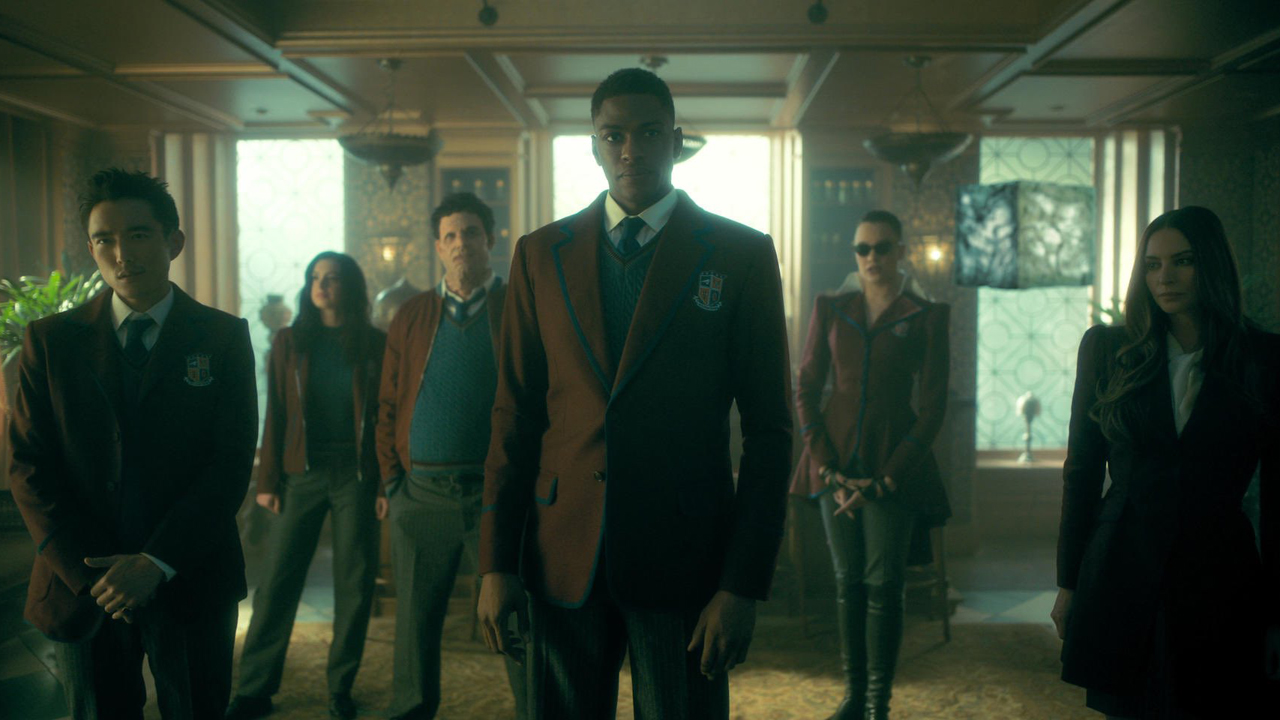 We can definitely rule The Sparrow Academy out. Yes, the new superhero group will be a great counterpoint to the Hargreeves family – after all, the synopsis suggests that they’re more competent than The Umbrella Academy in many aspects.

However, they’re clearly being positioned as heroes, and the smart money says they’ll eventually team up with Luther, Vanya and company to avert yet another world-ending apocalypse. So we can file The Sparrow Academy under the ‘good guys’ section.

What, then, does season 3’s plot synopsis actually tell us about its villain? We know it’ll be an “unidentified destructive entity wreaking havoc across the universe”, but not much else.

On the surface, anyway. There are plenty of villains in The Umbrella Academy’s graphic novel series who could fit the above description. But there are two in particular who we’d consider to be the most likely candidates.

The Scientific Man is one such individual. In the comics, he’s a mysterious superpowered individual who watches over the Hotel Oblivion, a space prison for the universe’s worst criminals. He may be viewed as a good guy, but his morally gray motives – and desire to maintain the status quo – root him in the ‘anti-hero’ camp. He’s even fought The Umbrella Academy in the comics, so he could do likewise in the TV show.

If he figures out that the Hargreeves have traveled to this reality from another dimension, he may consider them to be villains who are disrupting the fabric of time. As such, he could be traveling across the universe, destroying anyone who stands in his way, as he tries to locate them. The Scientific Man would be a difficult foe to overcome, so he’d be a prime candidate for the Umbrella and Sparrow Academies to take down together.

Another formidable adversary could be Doctor Terminal. In the comics, he’s a scientist with a rare disease that slowly kills the individual by eating their nervous system and brain. To stay alive, Doctor Terminal invents a device that can convert matter into energy to feed the disease. His insatiable hunger, then, could force him to traverse the universe, consuming everything in his path. He’d certainly fall into the “world-ending apocalypse” angle of the synopsis and, again, a villain like this could force the two superhero groups to team up and attempt to stop him.

There are other antagonists who may cause the two supergroups to put their differences aside. The Perseus Corporation may be one, while a wholly original villain could be another option. The Umbrella Academy’s fourth graphic novel volume hasn’t been released yet, so there might be a superpowered foe in the comic series’ next instalment – who we haven’t seen yet – that could be utilized in the show.

Our guess? The Scientific Man and Doctor Terminal fit the bill of being a destructive entity, so we’re nailing our colors to these masts. We wouldn’t be displeased if a new, non-comic antagonist appears instead, though.