Sick of Elden Ring and its less-than-stellar performance on PC? If you’re able, you may want to give the game a try on Valve’s portable Steam Deck console, where the developer has reportedly fixed most of the game’s issues itself.

As reported by Kotaku, Valve has managed to fix some of Elden Ring’s most glaring PC performance issues, such as heavy stuttering as a result of how the game streams background assets. Thanks to the fixed hardware of the Steam Deck, as is also the case on the Xbox Series X/S and PS5 versions of the game, issues such as stuttering are more easily remedied than they would be on the more malleable PC platform.

Last month, Valve programmer Pierre-Loup Griffais posted to Twitter that a fix for Elden Ring on Steam Deck was on the way, and it looks like the patch is finally here. Owners of Valve’s portable machine should now have a more consistent performance than what’s available on a more expensive gaming PC.

The graphics team has been hard at work on optimizing ELDEN RING for Steam Deck. Fixes for heavy stutter during background streaming of assets will be available in a Proton release next week, but are available to test now on the bleeding-edge branch of Experimental. pic.twitter.com/5oSnXtF2OGFebruary 26, 2022

“Shader pipeline-driven stutter isn’t the majority of the big hitches we’ve seen in [Elden Ring]. The recent example we’ve highlighted has more to do with the game creating many thousand resources such as command buffers at certain spots, which was making our memory manager go into overdrive trying to handle it. We cache such allocations more aggressively now, which seems to have helped a ton.”

By pre-caching Elden Ring’s shaders, then, Valve has managed to create a smoother experience on Steam Deck by more effectively managing the build-up of resources found as players venture further into the game.

If you’ve traveled to some of the far-flung locales in Elden Ring, you’ll know just how much detail there is compared to the starting point of Limgrave. As such, better resource management on Steam Deck looks to have helped these environments perform much better. 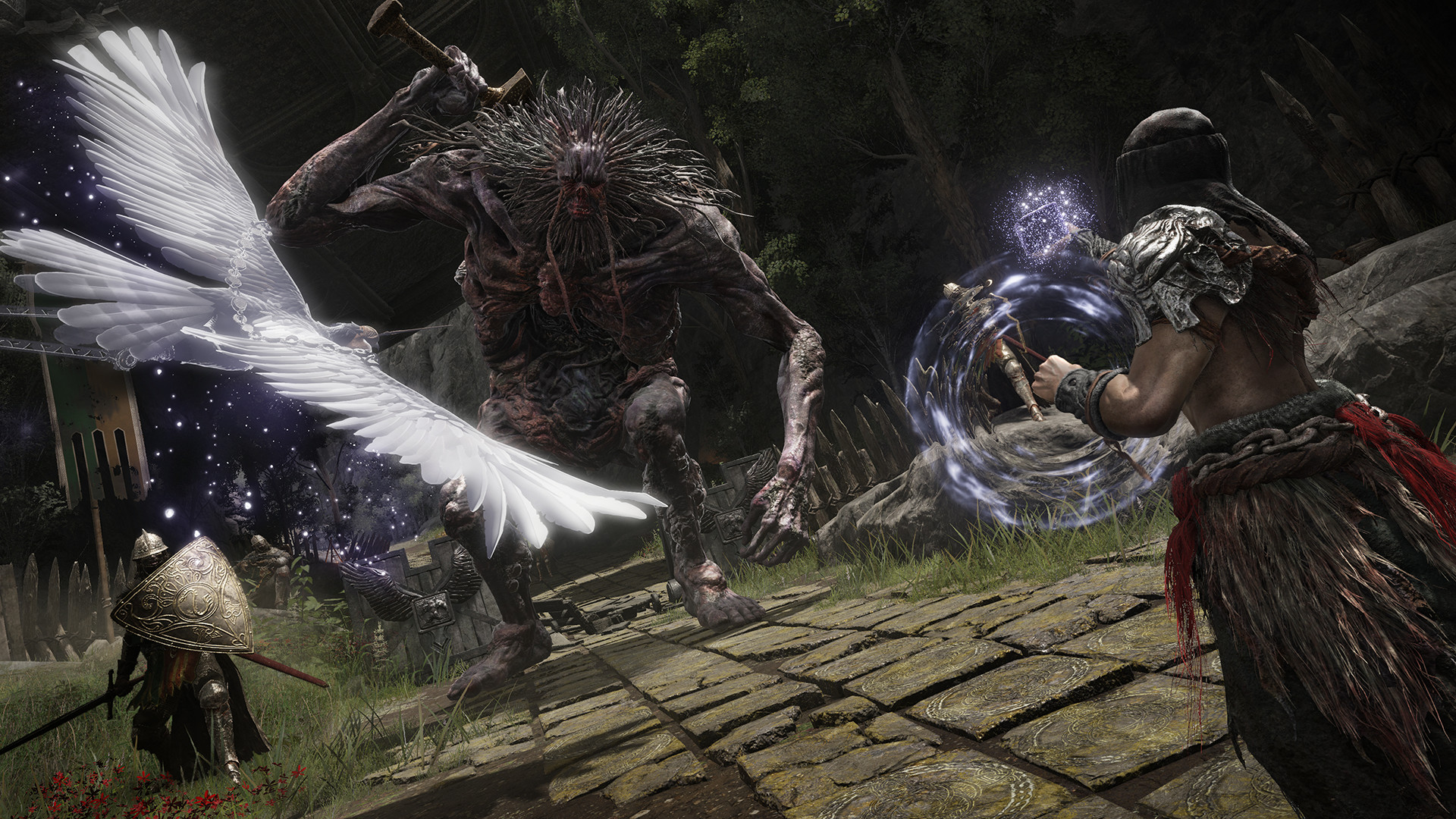 TechRadar’s own Matt Hanson tested the patch out for himself on Steam Deck, and his findings were overall very positive:

“After downloading several updates for Elden Ring on the Steam Deck, I jumped into an area where you face several large enemies at once. This location usually sees quite a few stutters on both the Steam Deck, and on our powerful RTX 3090-equipped gaming PC.

“The good news is that on the Deck at least, those stutters seem to have indeed been fixed, and were not evident when I played. Locking the game to 30fps also helped add to a consistent-feeling game, and for the most part made the game feel a lot better on Steam Deck than when I last played it on Valve’s handheld.

“However, I did notice a new bug, where the player’s mount, Torrent, would occasionally become invisible while riding it. It’s annoying but not game-breaking, and will hopefully be addressed with a later patch.

“With the stuttering seemingly fixed on the Steam Deck, playing Elden Ring is a much more enjoyable experience, and while it’s running at half the frame rate as on PC (which is capped at 60fps), the fact that it no longer stutters means in many ways it’s a better experience on the handheld compared to a $5,000 gaming PC, a remarkable situation to be in.”

The optimizations made to Elden Ring on Steam Deck allow for the game to, largely, run much more consistently than on PC. There are some caveats, of course. On Steam Deck, you’re limited to a 720p resolution and while an optional 30fps cap does allow for more consistent performance, it’s naturally not as silky smooth as a higher framerate would present.

With that being said, Elden Ring’s performance on Steam Deck now far outpaces that of the Xbox One version, which we’ve said you absolutely shouldn’t buy. Elden Ring on Xbox One looks and feels shoddy at best, with greatly stripped back graphical details and distant enemies animating at a significantly lower frame rate.

On PC, Elden Ring still suffers from jarring amounts of stuttering. That’s by no means unique to Elden Ring when it comes to PC ports, but the additional lack of ultrawide support and an inconsistent frame rate greatly hamper the experience, even on a high-spec PC with an RTX 3090 GPU and 32GB of RAM.

As such, it’s clear that the PC version of Elden Ring has a ways to go before we can safely recommend purchasing it for play on anything other than the Steam Deck. We’ve even pondered if the fact that less than half of Elden Ring PC players have beaten the first demigod boss may come down to the gulf in performance between the PC version and that of the current-gen consoles.

The Fed: Fed hawks say they’re not so behind the curve combatting inflation

The transition to clean energy will mint new commodity superpowers