After wife got cancer, Microsoft engineer built a tool to locate anti-COVID drug for immunocompromised 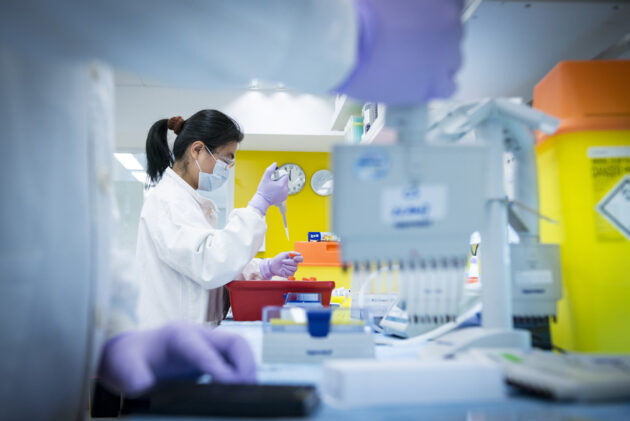 Evusheld is a monoclonal antibody combination from the drug company AstraZeneca. (AstraZeneca Photo)

Rob Relyea set out to find information to help his wife.

A longtime Microsoft engineer, Relyea had more than 28 years of experience at the company using technology to solve a variety of problems. Now he had a personal one.

Last March, in the midst of the COVID-19 pandemic that was already a struggle for so many, Rebecca Relyea was diagnosed with a type of non-Hodgkin’s lymphoma.

The timeframe of her diagnosis and the availability of COVID vaccines overlapped. She received her shots and also had chemoimmunotherapy, which ended around September. The cancer treatment was successful and Rebecca Relyea is in remission now.

But she’s joined the millions of Americans who, despite vaccines and declines in case numbers, are living in fear of COVID-19 because of their compromised immune systems. 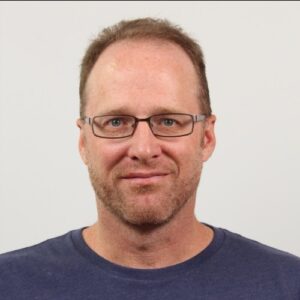 “If you can imagine, she’s fought off cancer successfully in 2021, but COVID’s still around,” Rob Relyea said. “We knew that she was more at risk. But COVID is extra dangerous for her right now because if she caught it the vaccine wasn’t going to help her defense.”

The American Medical Association estimates immunocompromised people account for at least 2.7% of U.S. adults — about 7 million people. This includes those who have had organ transplants, stem cell transplants and cancer, as well as those with primary immunodeficiency and those treated with immunosuppressive medications.

As the recent Omicron variant surge fades into memory and the calls amplify to end mask mandates, work-from-home orders and other protective measures implemented during the 2-year health crisis, Relyea has joined the cry to remember those still in serious danger of infection.

In a story published Wednesday, The Atlantic refers to that segment of the population as “stuck in pandemic limbo.”

In his hunt for information to help his wife, Relyea landed on healthdata.gov, a site from the U.S. Department of Health & Human Services, where data is available on the locations of publicly available COVID-19 therapeutics.

Relyea was searching for availability of Evusheld, a drug manufactured by AstraZeneca and approved by the FDA in December. The monclonal antibody combination is designed to protect patients who did not mount an adequate immune response to COVID-19 vaccination.

While exploring the API of healthdata.gov, Relyea reacted like a tech guy who’d worked his way through and created his own share of programs and datasets. He found the government feed to be “a little ugly,” and said the data “was not even sorted by state, city, county.”

The top of Rob Relyea’s website designed to make it easier to locate where the drug Evusheld is available in the U.S.

Relyea set to work on finding a better way to share the data on Evusheld availability. He eventually built a website using Github pages. He’s been tweaking the features for weeks, adding an interactive U.S. map, for instance.

“Instead of being in giant spreadsheet form, it’s trying to make it so you can kind of understand,” he said. “It makes it really easy for people to go to this site, navigate to whatever state they care about and share it with their family member or whatever.”

In Washington state, for example, Relyea’s site cleanly lists counties and cities and health care providers, and it scrapes consistently updating data on the available and allotted doses of Evusheld at those locations. He’s looking to add how many shots have actually been given to people, either by provider or state.

Relyea has also been in touch with a VP and product manager at Socrata in Seattle. Socrata, which helps government agencies better utilize and display data, was acquired by Tyler Technologies in 2018, and runs the platform that healthdata.gov uses to publish data.

“I’m hoping to work with them and HHS to help them make the default data viewing experience better,” Relyea said.

Relyea has been active on Twitter and he’s been in touch with other leading advocates for immunocomprised people during the pandemic, including Dr. Vivian Cheung, a Maryland doctor with a rare genetic disease. Cheung spoke to NPR in January about the difficulty in finding and getting Evusheld.

The federal government has only purchased about 1.7 million doses of Evusheld — far short of the amount needed to protect 7 million people with compromised immunity. Communication about the drug’s existence, where and how to get it, and who is eligible is drastically inferior to the way information was communicated about COVID vaccines.

“There’s a fundamental problem here in this whole process — I shouldn’t be involved,” Relyea said.

Relyea thinks hospitals should be reaching out to patients. He worked with teams at two different hospitals to secure Evusheld for his wife. She received a shot last week that should give her protection for six months, which would get her close to 12 months past her last chemotherapy treatment, an important benchmark for growing healthy B-cells.

Dealing with the pandemic and cancer sounds like a double-whammy that would floor most people. But for Relyea, the process of digging into data and building a resource for information has been a coping mechanism of sorts.

“It was clearly helpful in my advocacy to get my wife a dose. It grew into an outlet to help other people as well,” he said. “I get enjoyment from working on technology. I get enjoyment from helping people. I’m happy that they all work together here.”