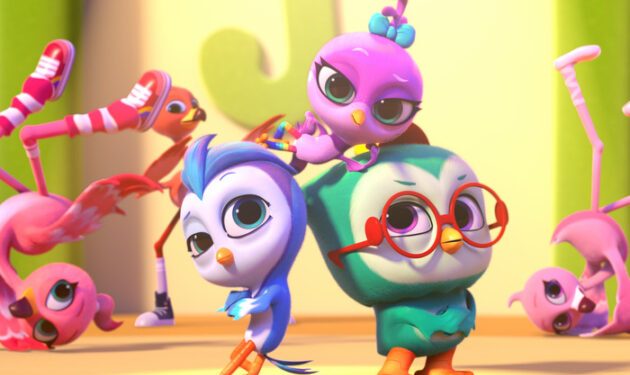 Amazon is publishing two new mobile games through its Amazon Kids+ service, based on the original Amazon specials Super Spy Ryan and Do, Re & Mi.

It also represents a continued focus on the children’s media market in Amazon’s current intiatives, along with the Amazon Glow’s recent emergence from beta.

Super Spy Ryan is based on the 30-minute 2020 special of the same name, which itself is based on the multimedia content empire built from the popular “Ryan’s World” YouTube channel. “Ryan’s World,” which features various kid-friendly skits that star pre-teen toy reviewer Ryan Kaji and his family, has 32.3 million subscribers at time of writing.

The Super Spy Ryan game was developed as a collaboration between the Kaji family, and mobile game developers Pocket Watch and Amber Studio. It’s billed as a “fun, kid-safe, multiplayer romp for ages 6-9+.” It puts the player in the role of Ryan and friends as they avoid traps, play competitive minigames, and reclaim stolen presents from Ryan’s (fictional, animated) archnemesis Packrat.

The game is explicitly designed with safety features for a child audience. Players in online multiplayer are randomly assigned spy-themed usernames, there are no chat features or friends lists, and parents have the option to turn on a single-player mode that lets a kid go solo against computer-controlled competition.

Super Spy Ryan is now available for the Apple and Google Play app stores in the U.S., United Kingdom, and Ireland, and is “coming soon” to the Kids+ subscription for Amazon Fire tablets. It’s the third video game to be based on the “Ryan’s World” brand, following 2019’s Race with Ryan on PS4, Xbox One, Switch, and PC and 2022’s mobile game Ryan’s Rescue Squad.

Do, Re & Mi is likewise based on an Amazon Prime series of the same name, which features Kristen Bell (The Good Place, Frozen), Jackie Tohn (GLOW), and Luke Youngblood (Community, Harry Potter) as a trio of musical songbirds.

The game, by Prague-based mobile developer About Fun, features Bell and Tohn reprising their roles in an educational music game designed for preschoolers. Its minigames include lessons on how to play bongos and the piano, how to read sheet music, and the basics of musical concepts such as the duet.

Unlike Super Spy Ryan, the Do, Re & Mi game has no firm release date at time of writing, and is scheduled for release on the Apple app store at an unspecified point in the near future.