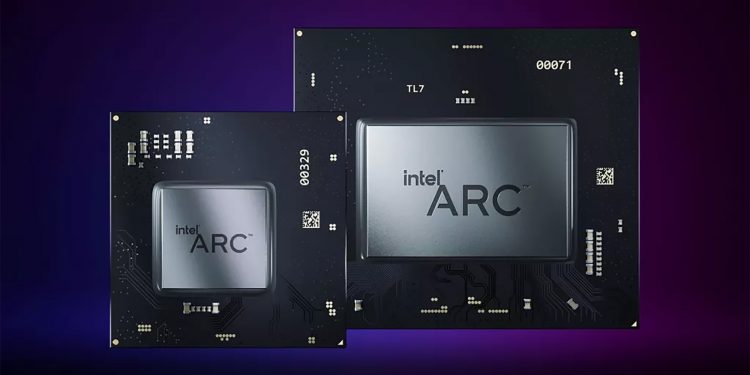 Intel’s Arc GPU rollout has been a confusing and staggered process, beset on all sides by delays and leaks. But the Arc A380 discrete desktop card is finally about to launch in the US market, starting at $129, and some new information has suggested that it might not be the most budget desktop GPU Intel has in the works.

Alexey Nikolaychuk, the developer responsible for MSI Afterburner, posted an image of a currently-unannounced Intel Arc A3 GPU that will use a single I/O slot and draw power directly from the motherboard PCIe slot, meaning that it needs no additional power cables. This seems to put it squarely in competition with AMD’s Radeon RX 6400, which retails at $159.

The as-of-yet unnamed Arc GPU (which is likely to be an A320 or A310) is currently estimated to cost about $300, and we don’t yet know what it will look like – the version Nikolaychuk photographed has an aftermarket 3D-printed cooler attached to it – but we can assume that it will be a “low-profile” GPU that can easily fit into compact PC cases.

What we don’t know is whether this GPU will actually make it to the wider consumer market; it might end up only available to OEMs for compact pre-built PCs. Still, even this could bode well for Intel, especially after all the struggles it’s had with the Arc launch.

Nvidia’s Lovelace GPUs look set to absolutely dominate the high-end gaming graphics card market, so Intel could be making a smart move to counter AMD’s budget GPUs here. While we have no idea what the performance of this Arc A3 GPU will look like, it’s believed to be powered by Intel’s ACM-G11 graphics processor – which has superior media processing and display output capabilities to the Navi 24 architecture that powers AMD’s RX 6400.

It’s obviously not going to be for next-gen gaming, but this new GPU could be a boon for compact media-center systems (like home theater PCs) and similar low-powered computers. It could also serve as a viable upgrade to OEM PCs without a discrete graphics card since it doesn’t require an extra PCIe power cable.

If it’s significantly cheaper than the RX 6400, Intel could swoop in and secure the super-budget space very quickly. Nvidia has no real horse in that race now; the ill-fated GTX 1630 was dead on arrival, and it doesn’t look like the RTX 4000 series will have a serious budget offering, so if Intel’s Arc A3 range proves good value for money, Intel could push AMD out of the low-end – a significant blow to its main competitor.