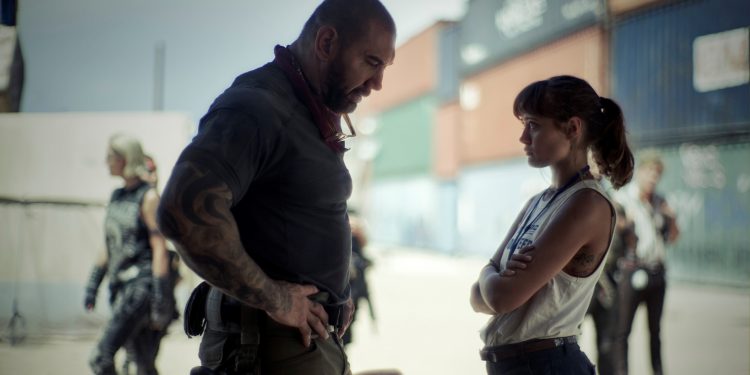 Per Deadline, Purnell – who also stars in Netflix’s Arcane animated series and Showtime’s Yellowjackets – has landed one of the lead roles in the Fallout TV series. Unsurprisingly, there are few confirmed details about who Purnell will play. However, Deadline suggests the Army of the Dead actor will portray someone called Jean, a “young woman with a can-do attitude” who’ll be hiding a dark secret when the series begins.

Purnell will line up alongside Walton Goggins (Justified, Invincible), who signed onto the Prime Video show project in February 2022 (per The Hollywood Reporter). Goggins is expected to play another of the series’ main characters, but there’s no word on who he’ll play yet.

Prime Video’s live-action adaptation of Bethesda’s beloved post-apocalyptic RPG series has been in development since 2020, but is slated to enter full production sometime in 2022. Jonathan Nolan and Lisa Joy, the brainchilds behind fan favorite sci-fi series Westworld and the Hugh Jackman-starring movie Reminiscence, will reportedly pen the scripts and take on executive producing roles.

The duo will be joined by Geneva Robertson-Dworet and Graham Wagner, who will serve as showrunners. Meanwhile, Bethesda Game Studios director Todd Howard is also on board as an executive producer alongside James Altman, Bethesda Softworks’ director of publishing.

Fallout has been a wildly popular series among gamers since the first title launched in October 1997. The critically-acclaimed franchise puts players in the shoes of a post-nuclear war survivor – known as a Vault inhabitant – who must venture out of their shelter, head into the wastelands to complete various tasks, explore the post-apocalyptic world, and more.

Bethesda’s game series currently comprises nine titles, with action-RPG MMO Fallout 76 the latest to be released. Fallout 76 is set to receive its next major update sometime in late 2022.

Fallout is one of many video games set for a TV or movie adaptation in the next few years. (Image credit: Bethesda)

It’s a possibility. The Fallout game series is rich in lore, interesting characters, real-world settings, and – though it’s been done countless times before – sits squarely in the popular post-apocalyptic genre. Add in two well-known actors in Goggins and Purnell, and Prime Video’s Fallout adaptation has the ingredients to be a good TV series.

Of course, it’ll take the show’s proverbial chefs to cook up a good meal – i.e. a well-received TV adaptation – using those raw materials.

Many have tried (and failed) to create a worthy movie or TV adaptation of a beloved video game series. There have been some successes recently – Pokémon: Detective Pikachu, Sonic the Hedgehog, Mortal Kombat, Arcane, and The Witcher to name five – but, largely, video games don’t translate well to the big or small screens. Just look at The Rock’s Doom film, Michael Fassbender’s Assassin’s Creed movie, or one of Sonic’s many animated TV shows.

Still, Amazon Studios will need Prime Video’s Fallout adaptation to do well. Amazon is also reportedly developing a God of War TV show, based on Sony Santa Monica’s iconic game series, so its Fallout live-action show will need to show whether there’s an audience for this kind of content. If not, Prime Video can always fall back on its fantasy shows, such as The Wheel of Time and The Lord of the Rings: The Rings of Power, or fan favorite R-rated superhero programs like The Boys.

Meanwhile, there are plenty of other video game franchises that are being turned, or have been turned, into TV shows that gamers and general audiences to potentially enjoy. HBO is developing a Last of Us show based on Naughty Dog’s acclaimed gaming series, while Netflix has a Resident Evil TV show on the way. Finally, the long-gestating Halo show just started streaming on Paramount Plus, but we think it has an identity problem.