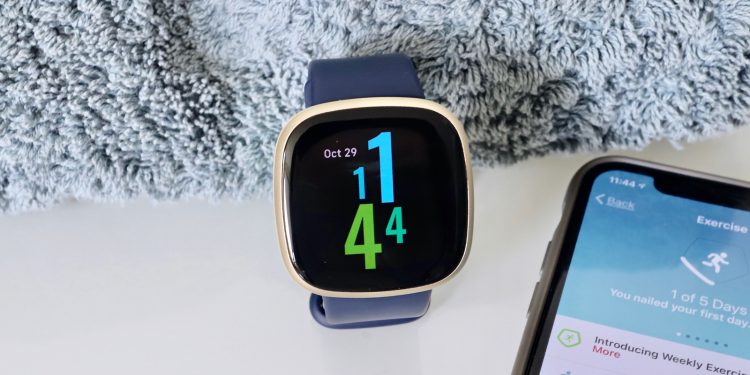 It seems that Fitbit is busy working on successors to the Fitbit Versa 3 and the Fitbit Sense, based on code that’s been spotted inside the Fitbit app for Android – but at the moment there’s no sign of these future wearables supporting Wear OS.

Fitbit often uses codenames related to science fiction and space, so there are no real surprises here. As these devices are also mentioned alongside a display resolution of 336 x 336 – the same as Fitbit’s 2020 smartwatches – we could well be looking at the Fitbit Versa 4 and the Fitbit Sense 2 here.

Where is Wear OS?

There’s another device mentioned in the code too, with the name Nyota – perhaps in honor of the Star Trek lieutenant Nyota Uhura. With a 124 x 208 resolution attached, this could well be an upgrade to the current Fitbit Luxe.

What isn’t included in the code at the moment is any reference to Wear OS. These devices are apparently still using the same software bridge to connect to Android as the current Fitbit range, rather than the one that Wear OS deploys.

While we are expecting more Wear OS smartwatches to show up eventually, it doesn’t look as though these devices are going to be running Google’s own wearable software. Instead, it’s likely that they’ll stick with the current Fitbit app and associated code.

It took Google’s parent company Alphabet a couple of years to finalize the acquisition of Fitbit – the deal closed last year – and as yet we haven’t really seen any signs that Fitbit and Google are working closely together on hardware or software.

The long-awaited Pixel Watch – which should be showing up later this year – is rumored to have been in development for many years at this point. Unless Google has started again from scratch with the wearable in that time, its history goes back beyond the Fitbit deal.

It’s worth pointing out that Wear OS and the Google Fit app are not yet close to what the Fitbit app can offer in terms of activity tracking and biometric analysis, and Wear OS has only been used with smartwatches so far – not trackers like the Luxe. All this suggests that there’s a long way to go before the two projects are going to be merged.

One day though, we would expect Google to tap into all the software and hardware expertise that Fitbit offers. Google continues to invest in fitness and health tracking, and the Apple Watch is evidence of how successful a device can be when it gets the formula right. We might hear more at Google IO 2022 in May.

Playing Baldur’s Gate on Nintendo Switch has revolutionized the game