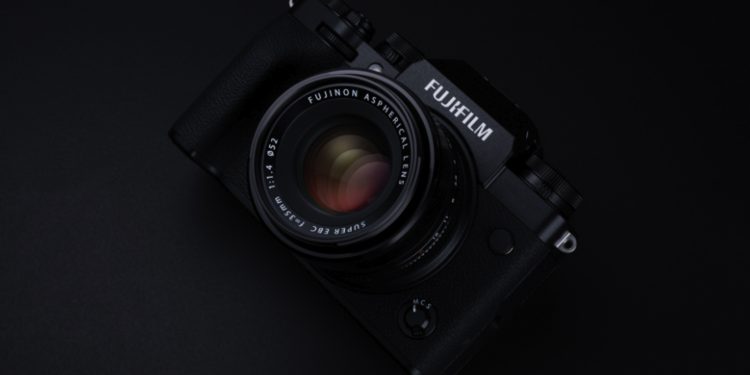 What are Fuji X-T cameras?

Fujifilm’s camera names are pretty confusing for the uninitiated, so here’s the short explanation. The Fujifilm X-H series, led by the new X-H2S, is its flagship range for hybrid shooters (the name for those who shoot equal amounts of photos and video).

The X-T series, meanwhile, are its mid-range cameras, with the top model currently being the X-T4. These are more affordable than the X-H series and a little more aimed at photographers, thanks to their retro styling. Below the X-T4, there’s the smaller X-T30 Mark II (one of the best travel cameras around).

And if you like the more modern design of the X-H2S but not its price tag, there’s also the Fujifilm X-S10. We rate this as one of the best beginner mirrorless cameras and also one of the best vlogging cameras you can buy, too.

It’s already been a bumper year for mid-range mirrorless cameras, but one that many photographers are still waiting for is the Fujifilm X-T5.

This year, Fujifilm has launched its speedy flagship hybrid camera, the Fujifilm X-H2S, and will almost certainly reveal the high-resolution Fujifilm X-H2 at its X-Summit in September. So where does this leave the X-T series and, in particular, a possible Fujifilm X-T5?

According to latest rumors, the exciting camera is en route. But exactly when it’ll land isn’t yet clear. It will most likely come after the Fujifilm X-H2, which Fujifilm has said will be its next release, but it isn’t yet clear whether we can expect to see the camera this year or next.

For the many photographers who can’t quite justify a flagship full-frame camera or an X-H2S, the Fujifilm X-T5 could well be worth waiting for. The Fujifilm X-T4 arrived over two years ago in early 2020, but it remains one of the best mirrorless cameras and, at current prices, arguably one of the best beginner cameras around, for those whose budget is as big as their ambitions.

But what are the latest Fujifilm X-T5 rumors predicting and what do we want to see from the camera? We’ve answered both of those questions in this handy one-stop guide.

We haven’t yet seen any major leaks about the Fujifilm X-T5’s release date or pricing, but some informed speculation is helping to fill in the gaps.

Right now, the most likely launch window appears to be early 2023. There are a couple of reasons for this. Firstly, Fujifilm has already stated that its next camera is going to be the Fujifilm X-H2 and that “we will inform you of the details of X-H2 during the next X Summit in September”. This would leave little room for an X-T5 announcement after that camera during 2022.

Also, as Fuji Rumors has pointed out, the company has never launched a camera between November and December. So a launch sometime in the first quarter of 2023, perhaps around the third anniversary of the Fujifilm X-T4, would seem to make the most sense. But we should stress that, right now, this is pure speculation, and a joint launch with the X-H2 isn’t completely off the cards either.

Predicting the Fujifilm X-T5’s price tag is a little more complicated than with previous versions. This is because Fujifilm’s X-H2 series (the X-H2S and X-H2) have introduced two new sensors, and it isn’t yet completely clear which one the X-T5 will get (or if there could be two versions of the camera). The most likely scenario, based on a trusted Fuji Rumors source, is that the camera will have the non-stacked 40MP chip seen in the forthcoming X-H2.

The biggest Fujifilm X-T5 rumor so far is that the camera is expected to have the ‘non-stacked’ 40MP APS-C X-Trans sensor that will also be in the forthcoming Fujifilm X-H2.

What does ‘non-stacked’ mean? One of the biggest recent trends in mirrorless cameras over the past few years has been the arrival of ‘stacked’ sensors. These add an extra layer DRAM onto the sensor itself (hence ‘stacked’) which dramatically improves its read-out speeds. This is helpful for boosting a camera’s burst-shooting speeds and supporting high-resolution video without issues like rolling shutter.

The downside of these sensors, first seen on the original Sony A9 and more recently on the Nikon Z9, Canon EOS R3 and Sony A1, is that they’re very expensive. This makes them wholly unsuitable for mid-range cameras, so it’s little surprise that the Fujifilm X-T5 has been tipped by Fuji Rumors to instead have a standard, non-stacked 40MP sensor.

The X-T5 probably won’t, then, offer the outright speed of the X-H2S for shooting moving subjects. But Fuji was keen to hype the other characteristics of its 40MP ‘HR” (High Resolution) sensor at its X Summit in May, namely that it “goes beyond the format boundaries to deliver ultra high image quality” and promises to deliver “astonishing fine details”. All marketing talk right now, of course, but this helps to explain the kinds of photography that its new 40MP sensor (and perhaps the X-T5) will excel at.

What else do we know about the Fujifilm X-T5? Unlike the X-H2 series, there’s likely to only be one version of the X-T5. That’s because when talking about its two new fifth-generation sensors at the end of the X Summit (below), Fuji says that “there is no other camera platform more suitable to have them both than the ‘X-H’ series”. While this is certainly open to interpretation, it does suggest that only the X-H series will have both sensors – and this would make sense, in our book.

According to a Fuji Rumors post on July 13, the X-T5 could also have a lower base ISO setting than its predecessor. This would be particularly helpful for landscape shooters, as it helps to maximize the dynamic range in high-contrast scenes like sunrises and sunsets. It isn’t yet clear whether or not it’ll go as low as the Nikon Z7 II’s ISO 64 setting, but a base of ISO 100 would be an improvement over the ISO 160 seen on the Fujifilm X-H2S.

One strange rumor about the Fujifilm X-T5, again from Fuji Rumors, is that it apparently won’t have any battery grip accessory options. That’s right, if you like the option of extending your camera’s battery life to ‘all-day’ and giving it a bit more heft for longer lenses in the process, it seems your only options will be the Fujifilm X-H series or an older X-T camera.

This rumor suggests that Fujifilm could be pushing the X-T series back towards its mid-range heritage, after a brief flirtation with ‘flagship’ status in the absence of a new X-H camera. That means the X-T5 could be less appealing to wedding snappers or hybrid shooters, but perhaps a smaller and more refined tool for landscape shooters.

In recent years, Fujifilm has risked upsetting its core fanbase – who remain fans of its traditional, dials-based control system – by switching some models to the more widely-used ‘PASM’ (Program, Aperture Priority, Shutter, Manual) setup. Cameras with the latter include the Fujifilm X-H2S, Fujifilm X-S10 and its medium format GFX series.

But Fujifilm has been quick to downplay any concerns that the PASM design will now be the norm for all of its cameras. During a recent FujiCast podcast, Fujifilm’s Group Marketing Manager Andreas Georghiades said that “in short, we won’t see the PASM dial appear on all the other models”. He added that “we’ve always said that X-H is more traditionally minded, but there will be more traditional, classic dial cameras coming out”.

According to the latest rumors, one of those cameras will likely be the Fujifilm X-T5. The X-T series has always had separate dials for ISO and shutter speed, with most of Fujifilm’s lenses coming with aperture rings for controlling that third part of the exposure triangle. And this will likely continue to be the case for the X-T4’s successor, given it’s a hallmark of that mid-range series.

This means it’s also reasonable to expect that the X-T5 won’t come with the top-plate LCD seen on the X-H2S (given there wouldn’t be room for this and an ISO dial), or perhaps that flagship camera’s deep grip. Given the X-T5 is likely to be a mid-range camera, we can expect a smaller and more compact body than the X-H series. But what else do want to see on the camera? Here are a few things on our wishlist.

Fujifilm X-T5: what we want to see

1. The same viewfinder as the X-H2S

During our hands-on Fujifilm X-H2S review, we found its new 5.76-million dot OLED viewfinder to be one of the biggest quality-of-life upgrades from other Fujifilm cameras. In fact, we said it’d be “difficult to go back” to the EVFs on the rest of the X-series.

Could the X-T5 deliver the same viewfinder experience? There are currently no rumors either way, but we suspect it could be a step too far for the mid-range camera. Our money would be on an upgraded version of the 3.69-million dot OLED viewfinder seen on the Fujifilm X-T4, but we’re hoping to be pleasantly surprised.

This one’s slightly controversial, given most cameras now have fully-articulating touchscreens that flip around to the front for video shooters. But now the X-H2 series has landed for hybrid shooters, we’d like to see Fujifilm return the X-T5 to the more photographer-friendly tilting screen.

It’s all personal preference, of course, but the argument of many photographers is that a tilt-screen is better for taking photos from low and high angles, because it lets you stay in line with the lens (and your subject). Articulating screens, meanwhile, need to be flipped out the side, which is more awkward and takes fractionally longer. Alternatively, we’d be happy to see the return of the X-T100’s screen, which was close to offering the best of both worlds.

Without the Fujifilm X-H2S’ stacked sensor, it seems unlikely that a mid-range X-T5 could offer the same impressive level of autofocus performance seen on Fuji’s flagship. But if it does, as expected, pair the new X-Processor 5 with that new 40MP sensor, then we can expect to see a fairly big AF improvement from the X-T4.

Alongside the usual tracking for human faces and eyes, the X-H2S can track animals, birds, cars, motorcycles, bicycles, airplanes and trains. Handily, these AF modes also work when shooting video, so we’re hoping for similar versatility (if perhaps not quite the same stickiness) on the X-T5.

Yes, the CFexpress slot seen on the Fujifilm X-H2S is ideal for its top-end burst modes and high-end video features like recording in Apple ProRes, but it’s overkill for a mid-range camera like the rumored Fujifilm X-T5.

Having twin UHS-II SD card slots, like on the X-T4, is a simpler setup for creating hassle-free backups of your main card and will help keep the cost of the camera (and buying new cards) down to more reasonable levels. 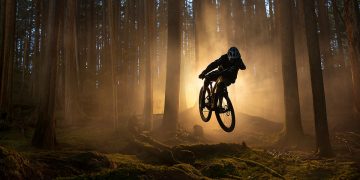