The Google Pixel 6a has been leaking for a while, but now we have a clearer indication of how much power this upcoming phone might have, as it’s been spotted on a benchmarking site.

MySmartPrice has spotted the phone on Geekbench, and its presence there not only gives us a sneak peek into the phone’s specs but tells us that the Pixel 6a might launch soon.

The Geekbench 5 listing suggests that the affordable Pixel 6a will indeed come with Google’s Tensor chipset – the same chipset that powers the Pixel 6 and Pixel 6 Pro. It’s shown here as being clocked at the same speeds too, and paired with the Mali-G78 GPU, just like the rest of the range. 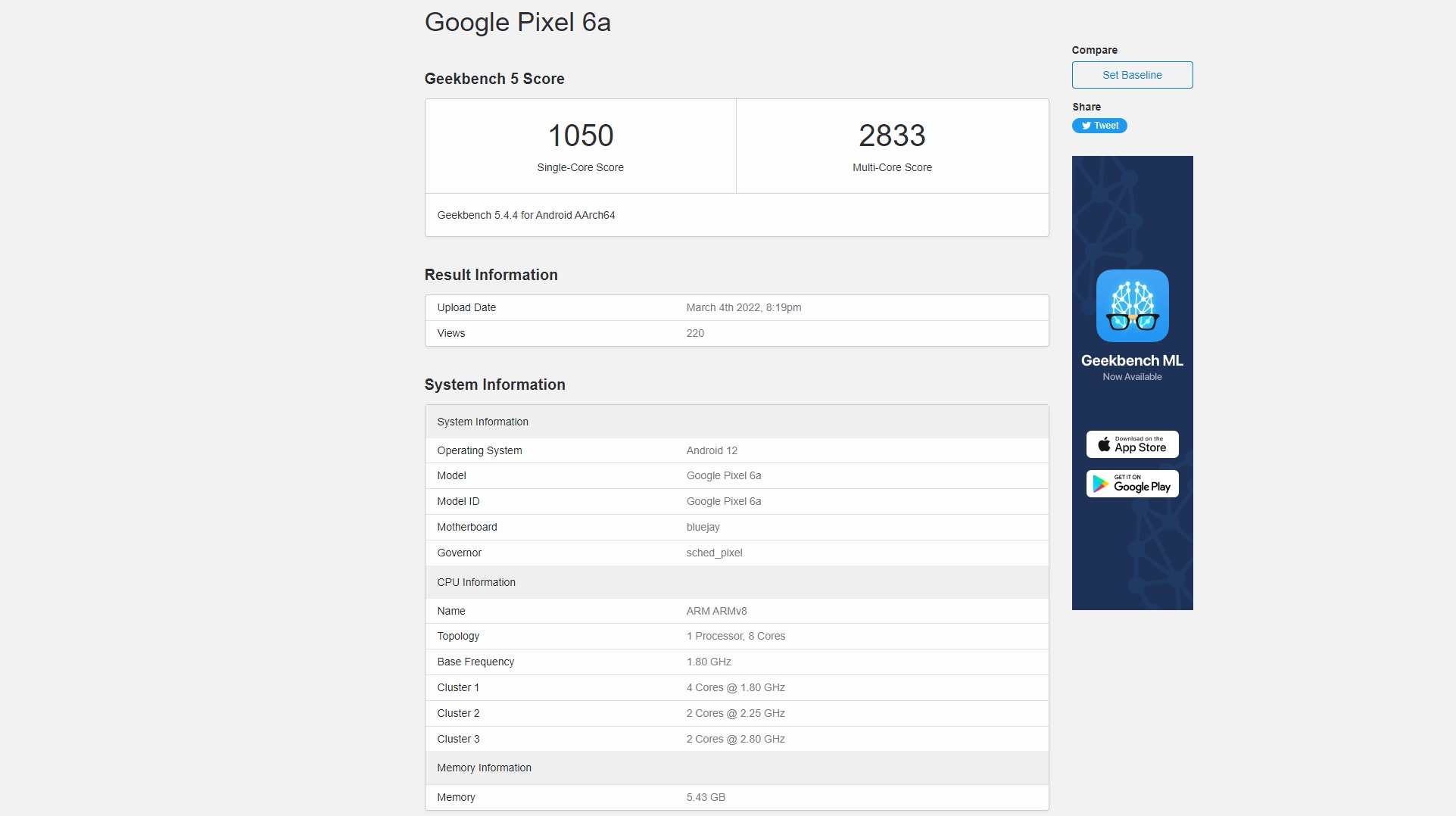 Where the Google Pixel 6a looks to differ is in its RAM, which is listed here as being 6GB, while the Pixel 6 comes with 8GB and the Pixel 6 Pro has 12GB. That said, we’ve previously heard rumors of an 8GB Pixel 6a model too.

The benchmark listing also mentions Android 12 unsurprisingly, and reveals that the phone has scored 1,050 points in the single-core test and 2,833 in the multi-core test.

Going by previous reports, both the Google Pixel 6a and the Pixel Watch were slated to launch in May, however, a recent report suggests that Google might postpone the Pixel 6a announcement to July. This is reportedly being done because of the ongoing global chipset shortage.

Analysis: worth the wait for a wider rollout

The Pixel 6a wouldn’t be the first Google phone affected by the global chipset shortage, as the Pixel 5a only landed in the US and Japan, presumably at least in part due to a shortage of components.

Yet with its mid-range price and competent specs, plus the promise of numerous and speedy Android updates, the Pixel 5a was a phone with global appeal, and we expect the Pixel 6a will be as well.

So with any luck Google will be able to launch the Pixel 6a in more regions, and if it takes a delay to achieve that then so be it.