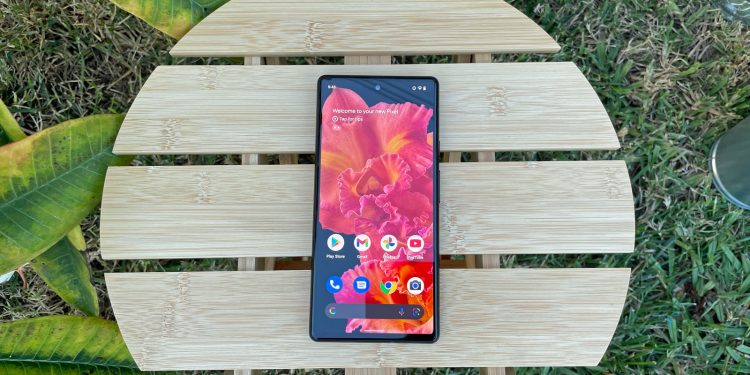 The next phone we’re expecting from Google is the Pixel 6a, but while recent rumors suggested it had been delayed (possibly until July 28), there’s now evidence that it could launch a whole lot sooner than that, as what appears to be a retail box for the phone has leaked.

An image of the box was shared by Techxine – a site with no real track record yet, so we’d take this with a pinch of salt. Still, it looks convincing, matching the design of the Pixel 6’s box but with Pixel 6a written on it. Though as a result this would also be easy to Photoshop.

In any case, the box shows an image of the rear of the phone, which also looks a lot like the Google Pixel 6, albeit seemingly in a slightly different color. The phone shown here is black, like the Stormy Black Pixel 6, except unlike that phone the strip above the camera doesn’t appear to be a different shade. It’s all just black.

While on the one hand that means we’re probably not just looking at the Pixel 6, it’s also at odds with an earlier leak, which suggested the Google Pixel 6a would retain the two-tone stylings of that phone.

The design is otherwise as we expected from leaks and rumors though, looking basically identical to the Pixel 6, and packing a dual-lens rear camera – though leaks suggest one of the lenses used might differ from Google’s flagship, and we wouldn’t be surprised if plastic is used on the back in place of glass.

While this leak doesn’t include any release date information, the fact that we’re seeing a retail box at all suggests that the Google Pixel 6a could land very soon.

Current leaks suggest that it might be unveiled at Google IO on May 11, but that it might then not hit stores until late July, due to the ongoing chipset shortage. But that timeline seems unlikely if retail boxes are already in the wild.

If this box is genuine then, we’d think the phone might actually go on sale shortly after an announcement in May – though perhaps initially only in certain regions.

Of course, given the source, the ease with which this could have been Photoshopped, and the questionable color scheme, this retail box may well be fake anyway.