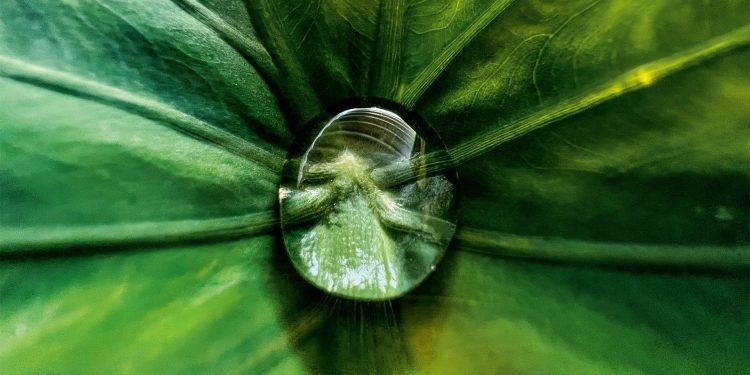 After more than two years away, I was back at Apple’s showcase Fifth Avenue Store. The invite was to join Apple in feting a group of amateur photographers who’ve mastered macro photography using Apple’s iPhone 13 Pro.

Apple finally added macro photography to its iPhone line last year, following in the footsteps of smartphone upstarts like OnePlus, which introduced the feature in previous phones, though inexplicably removed it from its flagship One Plus 10 Pro.

Standing in the vast, underground space, which was teeming with Apple customers, fans, and, today, photographers, it felt like ‘before times’.

This was, it turned out, one of the first in-person “Today at Apple” events the flagship store had held since before the pandemic, and you could feel the excitement and slight whiff of anxiety in the air. So many people.

Before the Wednesday night ceremony, where a trio of Apple execs mostly dealing with the camera technology (but who were not available to talk to me), explained why they chose the photos (and talked up the joys of macro photography) and before Apple gave attendees a chance to try macro photography on phones they did not (yet) own, I found two of the Apple macro photography contest winners and asked about how they captured their winning images.

One of them is Tom Reeves, a tall thin guy with a wide smile who seemed eager to share with me how he photographed a snowflake on the back of his puppy.

The image was my favorite since I’ve spent years trying to get a decent photo of a snowflake. I’ve used the OnePlus 8 Pro, macro lens attachments on previous iPhones, and a DSLR, all with varying degrees of success. Nothing I’ve done looks remotely good as what Reeves captured.

Reeves told me he and his fiancé were out for a walk at Riverside Park in New York one early morning. He explained to me that he learned about the perfect conditions for snowflake photography by reading about legendary photographer William Bentley who coined the phrase, “No two snowflakes are alike,” and wrote about the perfect conditions for snowflake photography. It’s really cold weather, but with the temperature rising just enough to make separated and distinctive flakes. On the day of Reeve’s walk, it was just such a morning.

Reeves told me he looked down at his puppy who was “turning into a little snowflake Christmas tree,” and saw his opportunity. He took out the iPhone 13 Pro with one hand while holding the leash in the other, and got really close – which automatically enabled the macro mode. The camera locked onto that one perfect snowflake, and he got the shot.

We talked a bit about the iPhone 13 Pro camera system’s propensity to unexpectedly switch lenses, which can be problematic in macro mode. Apple uses the ultra-wide lens for macro photography but in certain conditions the wide will take over, ruining the shot. The answer and this is how Reeves manages his macro mode, is to change the camera setting so there is a selectable macro mode that you can lock in or turn off with a tap.

“That’s smart,” I thought, as I quickly changed the settings on my own iPhone 13 Pro.

That macro setting, but the way, did not ship with the iPhone 13 Pro but was added in a software update after users complained. To adjust your settings, go to Settings/Camera and toggle “Macro Control.”

As well as speaking to Reeves, I grabbed time with Guido Cassanelli, a charming amateur photographer from Italy. His macro shot of glass was one of the more abstract and joyful images (there were a lot of closeups of flowers). I asked him how he captured the image.

“I was walking on a beach in Italy,” he said smiling, and I silently wished I could start every sentence that way.

Cassanelli’s details, though, were slightly more manufactured than Reeves, as he collected the colored glass on a Zogali, Italy, beach, assembled them on the sand, splashed a little water on the glass mosaic, and then got close enough to capture a macro.

The result is still quite lovely.

This standout image was created by Ashley Lee, who grabbed a strawberry and some soda from her fridge, dropped the fruit into the drink and took this macro photo. (Image credit: Apple / Ashley Lee)

Overall, the winning images, especially the ones of a strawberry in soda and a cat staring out a window (probably saw a bird), were beautiful and even arresting.

I haven’t been wildly impressed with the iPhone 13 Pro’s macro capabilities, especially the default control settings, but the contest and resulting images made me reconsider the tool. Outside, and in the office, I tried capturing a few of my own macros. They’re not as good, though I’m guessing none had as much light as some of these images, which all seemed awash in sunlight. Apple made no mention of how much editing – if any – was done to each of the winning shots.

Apple’s macro mode smartphone photography is not yet the best I’ve seen, but it shows potential. Perhaps I just need to wait for the right moment, get close and then snap away.

You can see a couple of recent unedited samples below.

Can Seattle’s new waterfront help save the city? 

Can Seattle’s new waterfront help save the city? 

Coronavirus Update: Changing isolation times for people with COVID-19 is ‘under serious consideration’ in the U.S. as cases surge