Intel is launching yet another crypto mining chip 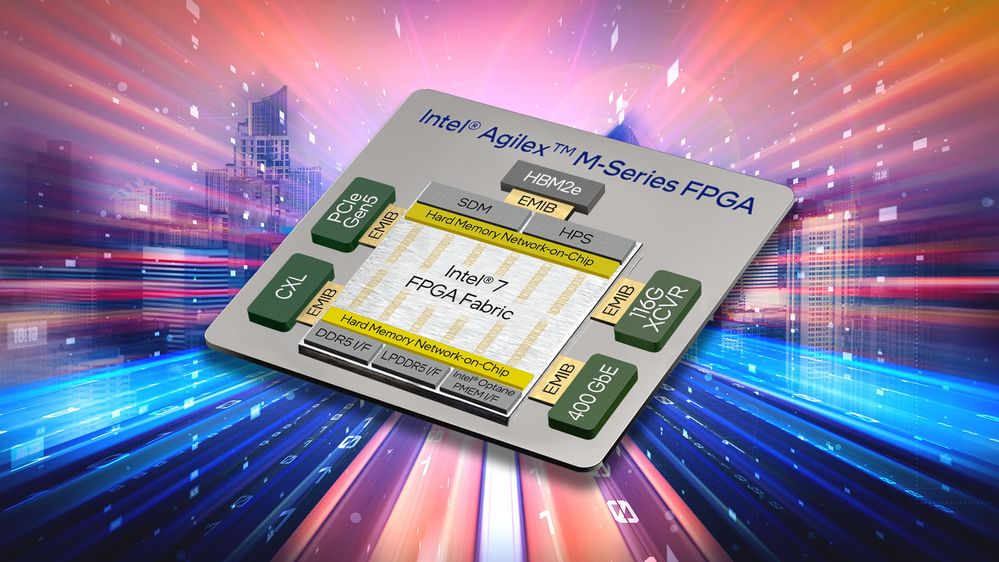 Following the recent announcement of its new Bonanza Mine chips, Intel is back with a brand new chip well-suited to mining for cryptocurrency in addition to improving performance in a wide range of applications like network virtualization.

The chip giant’s new Agilex M-Series FPGA is built on Intel 7 process technology and aims to accelerate a wide range of tasks from high performance computing (HPC) to storage and networking according to a new press release. This is because many of these applications put enormous demands on memory including capacity, bandwidth, latency and power efficiency.

In fact, Intel says that its Agilex M-Series FPGAs also provide two times the fabric performance per watt when compared to competitive 7nm FPGAs like the Xilinx Versal FPGA whose parent company is now owned by AMD.

In addition to being the first member of the Intel Agilex device family to provide HMB2e memory, the company’s new Agilex M-Series FPGAS also include hardened controllers for other state-of-the-art memory technologies like DDR4, DDR5 and LPDDR5.

> Intel is officially in the bitcoin mining business now

Director of product marketing at Intel, Sabrina Gomex provided further insight in a blog post on the importance of memory in the company’s new FPGAs, saying:

“All Intel Agilex FPGAs, including members of the M-Series, include fast, on-chip SRAM in the form of MLAB and M20K blocks. These SRAMs are integrated into the FPGA’s programmable-logic fabric and are therefore located immediately adjacent to the logic that will exchange data with these memories. Some Intel Agilex M-Series FPGAs also incorporate in-package HBM in the form of HBM2e memory stacks, managed by hardened memory controllers.”

We’ll likely hear more from the chipmaker once its new Agilex M-Series FPGAs get closer to their launch hopefully later this year.