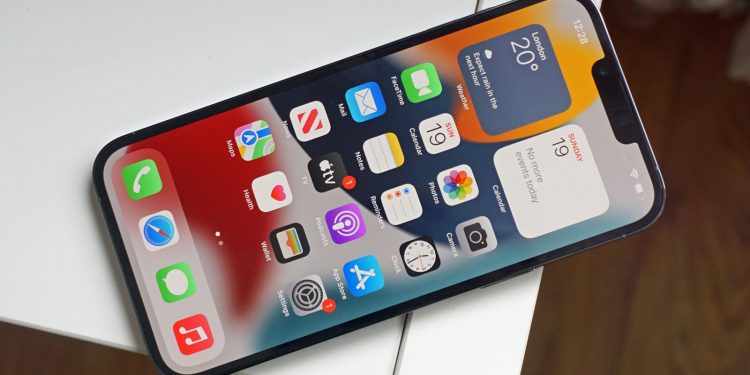 Recently, a reputable leaker claimed that the iPhone 14 Pro and iPhone 14 Pro Max would probably have an always-on display, and now Apple has accidentally all but confirmed as much.

You see, during WWDC 2022 the company unveiled iOS 16, and even released a developer beta of the software, and while no mention of an always-on display was made, several such mentions have been found by 9to5Mac in code from the beta.

The site claims that three new frameworks have been added to iOS 16, each relating to backlight management, and each mentioning an always-on display. There are also apparently multiple mentions of the feature within the Springboard, which is software that manages the lock screen and home screen.

Now, some Apple Watch models already have an always-on display, so there could have been an outside chance that these mentions are a reference to the feature there rather than on the iPhone, except that – as 9to5Mac points out – the Apple Watch doesn’t use Springboard, so it seems like this must be an upcoming iPhone feature.

More specifically, it’s probably an iPhone 14 Pro and Pro Max feature – not one that will be coming to the standard iPhone 14 or to older models.

At least, that’s what the earlier rumor claimed, and it’s because the upcoming Pro models might have a variable refresh rate that can vary from 120Hz to 1Hz – with that super low refresh rate being ideal for an always-on display.

The iPhone 14 and iPhone 14 Max meanwhile might only drop as low as 10Hz, like the iPhone 13 Pro line, which would mean the battery life could suffer too much with an always-on display.

That said, there’s apparently evidence in the iOS 16 code that Apple is at least testing the feature on older phones, so there’s an outside chance we might see it on them – though more likely this was probably just so that engineers wouldn’t need a functioning iPhone 14 Pro to develop and test the feature.

Analysis: the benefits of an always-on display

An always-on display is a feature that a number of Android phones have had for a long time now, so Apple is behind in this regard, and it’s a beneficial feature for a phone to offer.

It means essentially that when you turn the screen off, some content will remain on it, so you can still see things like the time and notifications.

There aren’t typically any animations or interactable elements, so the refresh rate can be as low as 1Hz, which means the hit on the battery life is as low as possible. Most of the screen also typically remains dark for the same reason.

But it means you can view key information at a glance, at any time, without having to wake your phone up – an action that requires an extra step and – if done often enough – could use more battery than an always-on display.

Polestar’s electric SUV will drive itself on the highway… eventually

NewsWatch: January will be a huge month for these hard-hit stocks. 10 riskier names to load up on, from JPMorgan.

: SEC rejects Apple’s argument that it doesn’t try to silence workers after former employee disputed it