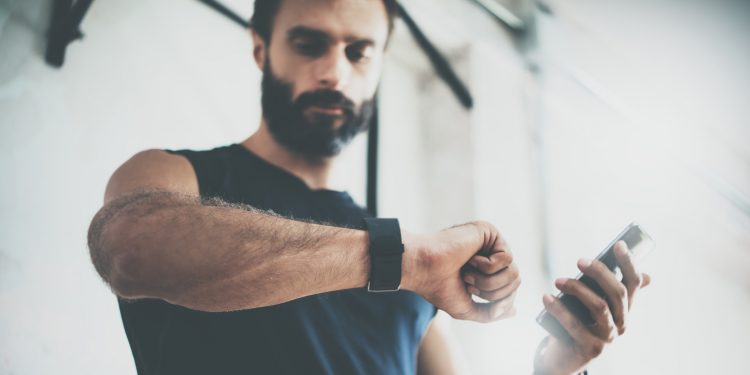 LG has unveiled its plans for a home workout app for its TVs called Fitness Candy, alongside companion devices such as smart cameras, exercise bikes and resistance bands.

Details of the subscription-based app and the South Korean company’s plans for companion hardware devices suggest LG is looking to rival training tools for the user’s living room TV, such as Peloton Guide and Apple Fitness Plus.

The new app is set to be available on smartphones as well as LG smart TVs, and will use data from as yet unannounced smart bands, cameras, and exercise devices.

Described as a “comprehensive lifestyle platform – complete with content, services and related products – to help people address their health and fitness needs at home”, Fitness Candy is set to offer a range of exercise programs covering six categories.

These include strength training, core strengthening, high-intensity interval training, dance, stretching and meditation, with new sessions added each week, while the app is also set to offer sports shows and documentaries, plus stress relief and dietary content. It’s all done with “a variety of new devices that can be linked to its app, allowing users to enjoy content more effectively. One of them is a device that can recognize and track users’ movements thanks to the inclusion of LG’s AI camera and IoT platform”.

This AI-enabled camera sounds similar to the Peloton Guide, which tracks the quality of your movement to fill a gauge while you copy the trainer on the screen. LG also mentions plans for smart bands and indoor bikes, signalling another clear move into Peloton’s space.

On board as partners for the app is Korean music company S.M. Entertainment, the home of K-Pop stars such as WayV and Red Velvet, which is set to provide content for the service featuring the company’s roster of artists.

The service has so far only been confirmed for South Korea, with the app set to launch in September.

Analysis: LG needs to workout hard to get fitness fans onboard

LG’s entrance into the home fitness tech game comes at a time when one of the main players in the field is struggling.

Peloton couldn’t keep up with the demand for its expensive treadmills and bikes at the height of the pandemic, but the group now finds itself struggling to sell them now that people are returning to their local gyms. Now the Peloton Guide is out with an AI camera to help track your movements, LG seems to be following suit. During our tests, we felt this sort of technology was exactly what home workouts had been missing, but this also feels like a device that should have been launched at the pandemic’s height, when everyone embraced the humble YouTube workout, rather than during its waning.

LG also faces a battle from Apple, which has slowly begun to dominate the interactive workout space since the Cupertino firm kicked off its partnership with Nike all the way back in 2006. Its subscription-based workout service, Apple Fitness Plus, which was introduced in late 2020, integrates seamlessly with the company’s hardware products like the Apple Watch Series 6 and Apple TV 4K.

Tie-ins with K-Pop stars will help to set Fitness Candy from such rival services, but it’s the sort of slick, integrated experience offered by Apple that LG will need to match to get workout fanatics onboard. LG’s reputation for innovation alongside its promise of companion devices for Fitness Candy might not be enough to ensure the service is a contender.

The new-look Windows 365 is a dream for hybrid workers