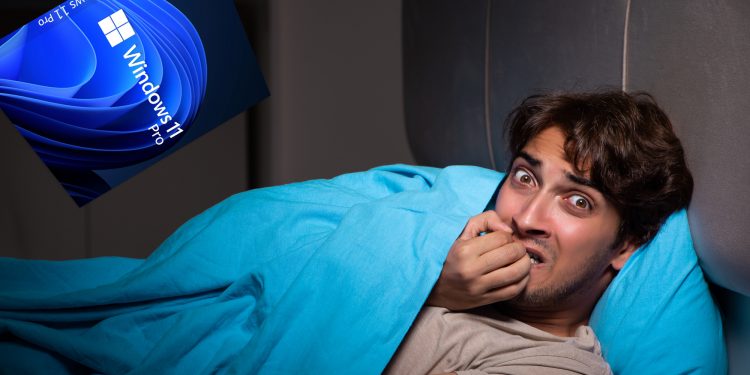 Windows 11 is getting a new AI-powered eye contact feature for video calls, but rather than making these calls feel more natural, it actually looks pretty creepy.

Announced at its recent event on the future of hybrid work, this new feature aims to use artificial intelligence to make it look like your eyes are looking directly at the person you’re video calling.

Most webcams, including ones built into laptops, sit above the screen, but when we’re on video calls, we’re usually looking at the video of the person we’re talking to, instead of looking directly at the camera. This leads to callers appearing to look down when talking, rather than making eye contact, as most of us would when talking to people in person.

Microsoft’s attempt to fix this by adjusting the video caller’s pupils so they face the screen, in a bid to make video calls, as Windows chief Panos Panay claims, “more human,” is certainly interesting, but from the results we’ve seen so far, the effect appears more unnerving than the company intends.

Analysis: AI has its limits – and this is one of them

In the video clip Microsoft showed, a woman speaks on a video call, and her pupils do indeed make it appear that she’s looking at the screen. However, there are slight glitches that even when subtle, make it clear that something isn’t quite right.

It’s a classic example of the ‘uncanny valley’, where an attempt to synthesise an artificial human causes a sense of uneasiness in real humans, often because of imperfections which tell us that what we’re looking at is fake.

In fact, the uncanny valley can be more pronounced in more realistic attempts, as we subconsciously pick up more minor details, which then increases the impact of the effect, and that’s something that appears to have happened here.

By trying to make video calls in Windows 11 “more human,” Microsoft has actually done the opposite, and when you notice the little issues and glitches, you’re unable to see past the artificiality of it all. Ironically, it seems that this new feature is actually more distracting then if a caller was not looking at the camera.

Thankfully this feature will likely be optional, and there may be future updates that make it look more realistic, but at the moment we can’t imagine many people using it, and it shows that while AI has many fantastic uses, it also has its limits.

Are labour markets in the rich world too tight?

Are labour markets in the rich world too tight?