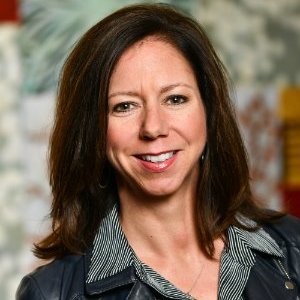 Starbucks is bringing on a former longtime tech leader at McDonald’s as its new chief technology officer.

Deb Hall Lefevre will become Starbucks CTO on May 2, Reuters reported, as the Seattle coffee giant looks to boost its tech offerings.

Hall Lefevre previously spent more than 16 years at McDonald’s, where she was a corporate vice president and CIO, leading the fast food giant’s technology and digital commerce strategy. She was most recently EVP and CTO at Circle K Stores.

She will replace Hans Melotte, Starbucks’ interim CTO since December.

Starbucks has invested heavily in technology over the past several years, including for its mobile ordering app and back-end systems such as inventory management.

In the second quarter of last year, mobile orders represented 26% of U.S. company-operated transactions, up from 18% in the year-ago period.

Starbucks was previously led by longtime tech exec Kevin Johnson, who stepped down as CEO after five years last month. Howard Schultz has returned as CEO in an interim role. Earlier this month at a town hall-style meeting, Schultz reportedly said the company is getting into the NFT business.

We’ve reached out to Starbucks for more info about Hall Lefevre’s role and will update this post when we hear back.