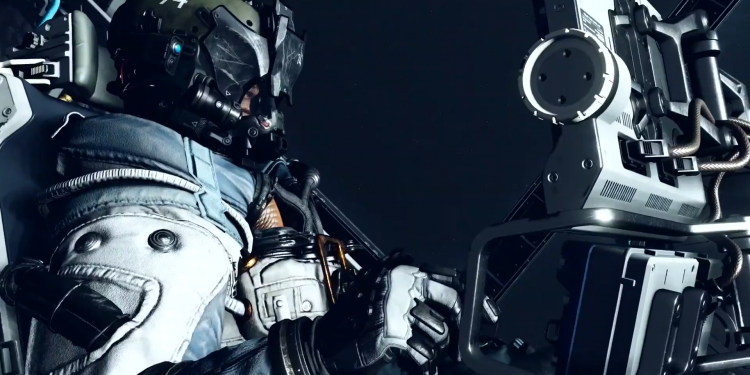 Starfield’s in-world financial system may have a larger role in the game than many had suspected, as fans have spotted more hints that Bethesda’s upcoming sci-fi RPG will involve an interstellar banking system.

Excited Starfield fans have been meticulously scouring its in-game footage since it was first shown during the recent Xbox and Bethesda Showcase. While sleuths had previously noted the character creation scheme mentioned a mortgage system and a fictional company called GalBank, more hidden references to the bank have been spotted across Starfield’s environment.

In a Reddit post, u/Reasonabledwarf pointed out the first few letters of GalBank’s branding can be seen on the side of a building in New Atlantis, one of Starfield’s four major cities. Another redditor, meanwhile, noticed that a GalBank-branded building is shown briefly on the planet Neon (check it out in the time-stamped video below).

Although minor, these appearances give us a little indication of how banks will function in the game. It looks as though GalBank will be physically present in Starfield’s world, and visitors can visit the bank across set locations.

That sounds fairly similar to the banking system included in Daggerfall – the second game in The Elder Scrolls series. Banks could be found in every major region of Daggerfall, and allowed the player to deposit gold into their personal account, take out loans at a 10% interest rate, and even buy and sell houses. If you ever defaulted on a loan, your reputation in that bank’s region would fall.

It certainly wouldn’t be out of place. Starfield’s NASA-punk world-building has been designed to be familiar. Speaking about Starfield’s design to Xbox Wire earlier this year, lead artist Istvan Pely said Bethesda “wanted a very realistic take” on a sci-fi future, and players should be able to “draw a line from current-day space technology and extrapolate from there into the future, so it’s believable and relatable”. Banking is certainly a believable aspect of a far, spacefaring future.

There’s plenty more to get excited about, too. One observant fan spotted a scientific Easter egg hiding within Starfield’s character creation menu, and the small print on Xbox Game Pass has hinted at when the game could finally release. TRG’s editor-in-chief isn’t hugely impressed, though, and reckons Starfield is already losing the space race.

NerdWallet: The problem with rolling your 401(k) over to an IRA when you change jobs