The neural dynamics of teamwork: New Allen Institute CEO on diversity and impact in life science 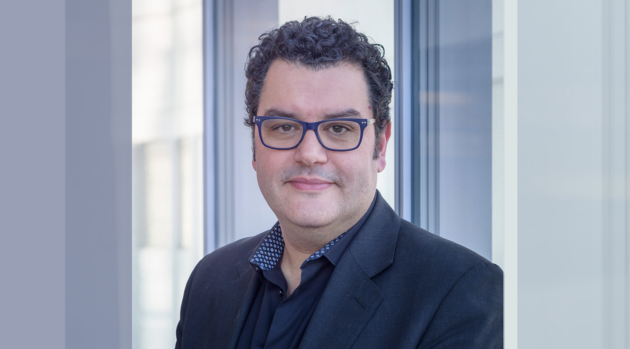 Rui Costa thinks a lot about how to do team science effectively. Since last December, the neuroscientist has served as CEO and president of an organization devoted to teamwork and open science, Seattle’s Allen Institute.

Typical of its open-access approach, the institute recently released its “Cell Type Knowledge Explorer” and published a collection of papers showcasing its interactive map of cells in the brains of humans, mice and monkeys. And it’s aiming for impact on patients, inking a deal last spring with biotech company BioMarin to advance gene therapies.

Founded almost 20 years ago by Paul Allen, the late Microsoft co-founder, the Allen Institute focuses on neuroscience, cell science and immunology, and funds research internationally through its Frontiers Group.

The institute is the life sciences counterpart to the separate Allen Institute for AI (AI2), a Seattle-based artificial intelligence research organization and startup incubator also founded by Allen.

Costa was previously CEO and director of Columbia University’s Mortimer B. Zuckerman Mind Brain Behavior Institute and led a lab focused on the brain circuitry that underlies movement. Costa is familiar with his new environment: he was previously on the Allen Institute’s brain science advisory council.

He will complete his move to Seattle this summer, overseeing the expected growth of the institute from about 600 to 700 employees this year. The institute has long-held plans to build up its new neural dynamics team and its immunology team with funding provided in part through the Paul G. Allen Trust.

In an interview with GeekWire, Costa talked about team research, his commitment to diversity, and his view on the institute’s approach to new industry partnerships. Costa, who hails from Portugal, will also continue his brain circuitry research in Seattle. He takes over from founding CEO Allan Jones, who has joined the institute’s board of directors.

GeekWire met with Costa at the Allen Institute for the following interview, edited for clarity and brevity.

What do you see as the Allen Institute’s biggest goals for the next 2-3 years?

Rui Costa: The first two or three years in creating institutions are usually about culture, creating a culture of belonging and also matching the way we do science inside [the institute], team science, open science, with the way we fund science outside. The immediate steps are creating a process by which everyone feels included in the determination of the next goals.

What are some longer-term goals at the Allen Institute?

I have my own ideas, but I want people to participate in the process. And then I think we’ll get into some of the new frontiers in terms of science, to determine internally what the institutes are. Our institutes have a life cycle of about 15 years and then we ask a new question. (The six institute arms are currently Brain Science, Cell Science, Immunology, the Frontiers Group, Neural Dynamics, and the MindScope Program to investigate behavior and consciousness.)

What’s a big unanswered question in neuroscience that you, personally, would like to see uncovered in the next five years or so?

“There is this ambition of taking the Allen Institute even further nationally and internationally, not only in the discoveries but how we go about them.”

The interaction between the nervous system and the rest of the body. We have been fascinated with things like consciousness and how we perceive the external world. But we have not looked at the nervous system as a master regulator of homeostasis [balancing the body’s operations] with the immune system. For example, why do anxiety and stress affect your immune system and your health so much, and vice versa? Why is it that if you have a disease and inflammation you can become depressed?

What are some synergies among the different fields of each institute, and what might you explore in the future?

One example is the relationship between the nervous system and the immune system. These two systems naturally interact. And then there’s cell science. Some immune and epithelial cells [in skin and other organs] can live three days, others can live a long time, and then a neuron lives 80 or 90 years. We need to understand, cellularly, how these are different. There are synergies between the fields.

And then there is the idea of longevity overall; the idea of impact is very important, if we have enough understanding, can we intervene? There are also amazing things going on at the interface between biology and synthetic biology. These are things that in the more long-term we’re interested in.

Tell us your view of establishing industry relationships. How can you foster spinouts and what should they look like?

We’re doing baby steps there. That’s an area that we’re exploring now, through partnerships first. There’s no concrete news yet, but I hope there will be about some partnerships that we are crafting.

Part of our understanding of open science is to make sure that it gets to a patient, and that it then has an impact. You want to somehow try to curate which partner that can make that happen. So, it’s not so much a financial decision sometimes. It’s a decision on impact and the right partner.

We go to a certain level and then there are partners, companies that are specialists in doing that other part. And they are thirsty for the type of data that’s coming out of here. What we’re studying now is how to integrate that with our model of open science and our idea that we want to accelerate discovery and have impact.

You’ve expressed a commitment to increasing diversity in STEM. Can you tell us a little bit more?

This is something that I’m personally very passionate about. In my view, this should be like everything else: based on knowledge, best practices and data. One of the first steps is creating and hiring in-house experts and creating the diversity-and-belonging office. We want to have a culture where we have more diversity, but also where people feel like they belong and they are seen.

And this goes across all the dimensions of humanity, gender, race, and we want to go a bit beyond that. We have to potentially rearrange structures that are harmful to actually make a dent, such as the way we do hiring and promotions. And I think we’re ready to do that, not only inside but also outside.

In the science we fund outside of here, we also care about how we can change the representation in STEM and also in healthcare. For example, one very interesting project in immunology is to characterize different populations and to change the technology so it’s cheaper and samples can be collected remotely. These are things that will make a difference — if we can diagnose your immunological state in an unprecedented way, but also make it accessible to more people.