The new-look Windows 365 is a dream for hybrid workers 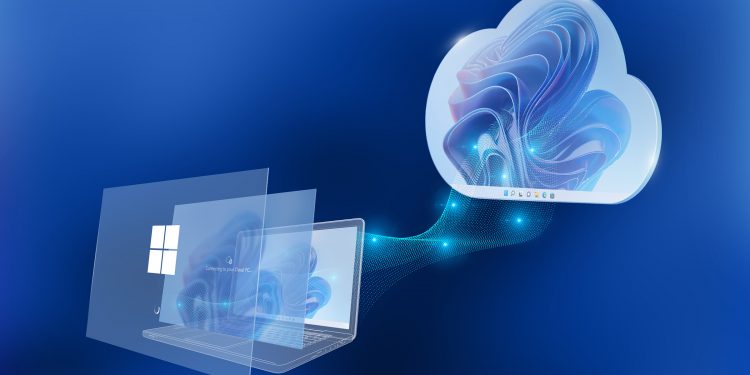 Microsoft has announced a series of updates for Windows 365 that allow users to switch seamlessly between their local and cloud-based Windows 11 desktops.

Broadly, the upgrades are designed to provide users with a simpler route into their cloud desktop, while also preserving functionality in scenarios in which an internet connection is unavailable.

Windows 365 allows users to stream a Windows 11 desktop to any of their devices, from any location. The goal is to open up a host of opportunities for businesses – especially those without virtual desktop infrastructure (VDI) expertise – from a cost, administration and productivity perspective.

Instead of hosting the OS locally, Windows 365 streams in applications, data and settings from the cloud, effectively turning the user’s device into a thin client. The amount of available storage and compute depends on which of the twelve Cloud PC configurations their IT team has assigned them.

Although Microsoft says the service has attracted significant attention since launch, the latest updates will help refine the experience, by reducing the cognitive friction involved in switching from the local OS to the Windows 11 desktop in the cloud.

With Windows 365 Boot, for example, users can choose to launch directly into their Cloud PC at startup. In addition to speeding up the process of logging into the cloud desktop, Boot offers a number of security benefits, particular in BYOD scenarios.

Meanwhile, Windows 365 App provides easy access to the cloud desktop from the Windows 11 taskbar and Windows 365 Switch makes transitioning between desktops as simple as switching between regular windows.

The final new addition, Windows 365 Offline, will give users access to some elements of their cloud desktop when a connection is unavailable, or in the event of a service outage. However, Microsoft has remained tight-lipped about which specific resources will be available in offline mode.

Microsoft has not provided timelines for the rollout of the new features, but has promised more information soon.

Where next for Windows 365?

The Windows 365 announcement headlines today’s Windows Power the Future of Hybrid Work event, which Microsoft is using as a platform to launch a variety of upgrades designed to cater to the needs of this new era of work.

Ahead of the event, TechRadar Pro spoke with Wangui McKelvey, GM of Microsoft 365, and Aidan Marcus, CVP Windows Device and App Experience, who explained the rationale behind the changes.

We were told that Microsoft is looking for ways to erase the traditional mental demarcations that separate what’s going on at a device versus cloud level, thereby enabling a level of flexibility previously unavailable to workers.

“Our requirements have changed in comparison to two years ago; the notion that you have a single daily driver machine has fundamentally changed. Everything about the way we work has changed,” said McKelvey.

“It’s important for us to meet customers where they are and anticipate where we think they are going to go.”

The ambition is not necessarily to develop a wholly cloud-based OS, but rather to blend together the experience such that users are unable to tell whether their apps and compute are coming from the cloud or their machine.

“It’s not about the reduction to a single local or cloud-based solution, it’s about having the choice of both and enabling additional scenarios,” said Marcus.

“But we create so much complexity with choice, so it’s our job to both enable flexibility and land ready-made solutions for customers.”

Asked whether we might see a consumer-focused version of Windows 365 in future, given the flexibility and cost structures the service enables, McKelvey gave us a polite smile and took a moment to consider her response. “We’re thinking about all the opportunities we can enable with this technology. I’ll just leave it at that.”