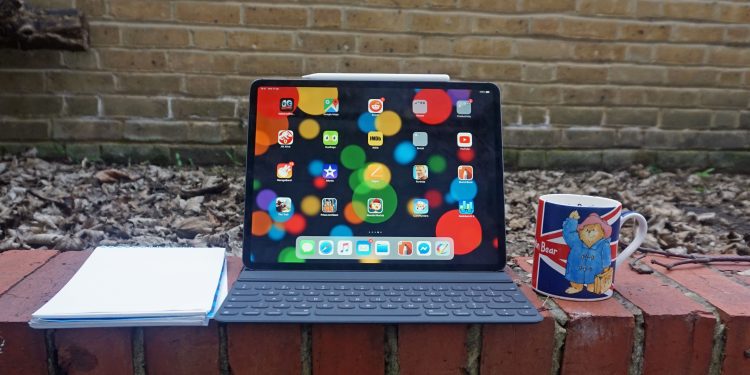 I’ve used my iPad Pro for years now – obviously that means that I do like it, but there are two features that really ruin the experience for me.

The first is the battery life, but I know I can only get so annoyed at that. I’ve used the thing incessantly for several years, and Apple isn’t exactly great with its product battery life anyway – I’m used to this now.

But there’s one feature that some Apple fans paint as a positive, that I just hate for the iPad: Face ID.

I know Face ID is popular on iPhones, but I’ve found it doesn’t work well at all. It rarely recognizes my face, and even when it does, it takes loads of rotating and fiddling with the device to angle it right. Oh, and simply picking up the phone is a chore when in-screen fingerprint sensors let me avoid this.

I’m admittedly comparing it to Android phone equivalents, which are a little less secure, but I’m not a secret agent or important celebrity – the odds of someone printing out a 3D copy of my face to hack into my phone is pretty rare.

But if it’s annoying on iPhones, it’s downright bad on iPads.

That’s because you need the sensors angled just right in iPhones for Face ID to work. That’s not too hard if you’re lifting the device up to your face to unlock it. But you’re not exactly going to want to do the same on an iPad.

I always find myself craning my neck over my 12.9-inch iPad Pro to try and get it to unlock, or picking it up and twirling it around in my hands. That’s not exactly easy given how huge it is.

Apple’s Face ID might be great for small portable devices, but tablets are designed to be used on a desktop or work counter – given that Face ID requires you to be perfectly positioned in front of the sensors, the system of facial unlocking just isn’t ideal.

I think Apple knows that Face ID is bad on iPad models, because for other tablets, it’s begun to avoid it.

The iPad Air 4 and Air 5, as well as the Mini 6, all use Touch ID embedded on power buttons on the edge of the tablet. A solution like this makes unlocking the slate so, so much easier – you can just reach out, and press the power button to boot it up.

Bear in mind that you have to touch the iPad Pro’s power button anyway, to let it know you want to unlock via Face ID, so you’re just cutting out a step with the button.

I wish I had this feature on my iPad Pro. It’d stop me having to do circus tricks to get the slate to notice me, and could let me easily boot up my video edit or movie stream without too much effort.

Coming to the iPad Pro?

I don’t think Apple will drop Face ID any time soon, even though it’s avoided bringing it to its mid-range tablets. That would be an admission that the tech doesn’t work well, and Apple wouldn’t do that without a new innovation to replace it with.

But I’d love to see the company bring Touch ID for its next iPad Pro models, which we expect to see in 2022. It’d be a consumer-friendly upgrade that would make the tablets much more usable.

iPad Pros are designed for professionals. These tablets are going on desks, or on laps on public transport, or being carried around in the field – using a very directional facial recognition tool just won’t cut it.

Perhaps we could see both Face ID and Touch ID used as options for the tablet – if it’s a pricey Pro model, Apple could afford to use both. But if it comes down to one or the other, I’m crossing my fingers to see Touch ID used more, not less, for future Apple devices.