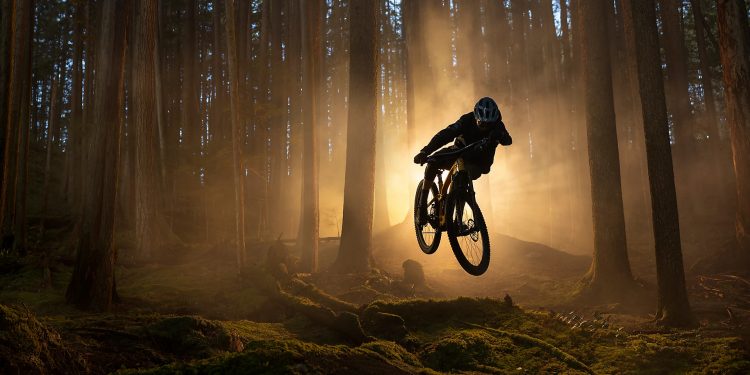 Trek’s awesome-looking new electric mountain bikes (eMTBs) offer assisted riding with a slim frame that looks just like a regular bike – but if you want one of these sleek rides, you’ll have to pay an arm and a leg.

The new Fuel EXe lineup is designed around the brand new HPR50 mid-mount motor, which has been developed in collaboration with TQ – a German robotic company (via New Atlas). The HPR part stands for Harmonic Pin Ring transmission and means the motor functions similarly to a more typical rotary motor, but in a smaller package. Case in point, it weighs just 3.9lbs (1.8Kg).

Plus, Trek says that it should be quieter than a regular eMTB motor with a sound that’s “5x more pleasant and 1.8x quieter.” We’d have to try this bike out for ourselves to determine if it really is more pleasant to listen to, but a quieter motor would certainly be appreciated – letting you take in more of the sound of nature while you trek across wilderness trails.

As for the battery, you’ll get 360Wh by default, with an optional add-on of a 160Wh range extender. The regular battery will give you between two and five hours of power-assisted ride – with the length of time depending on the level of boost you use – and the battery pack reportedly adds up to two and a half hours of extra juice to your tank.

With the assistance turned on you’re able to get up to 20mph (32Kmh) across three different modes than can be controlled using a 2-inch OLED screen on the top tube and a handlebar remote.

All of this is clad in a carbon frame with internal cabling, with solid 29-inch wheels featuring 2.5-inch wide tires that are brought to a halt by SRAM hydraulic disc brakes. Each model comes with different suspension fork options too, so you can ensure it’s the best eMTB for your needs.

The Turbo Vado 4.0 does come with some downgrades over the Fuel EXe  – chief among them is it’s not a specialized mountain bike – but it also comes with some upgrades like a larger (albeit heavier) 710Wh battery that allows you to ride with power-assistance for longer.

For those of you after an e-bike for day-to-day travel such as commuting and riding to the shops, the Turbo Vado 4.0 will be perfect if you can afford it. As for off-road riding, while the price is certainly a turn-off, Trek’s Fuel EXe is certainly an impressive beast based on what we’ve seen. But unless you’re regularly heading out on wild rides, it might be better to look for a more budget-friendly option.

If you’re looking for a budget-friendly e-bike, why don’t you check out our picks for the best cheap e-bikes out there?

DuckDuckGo wants to be more than a search engine