This smart ring won’t hook you up on Tinder, but it will measure your mood 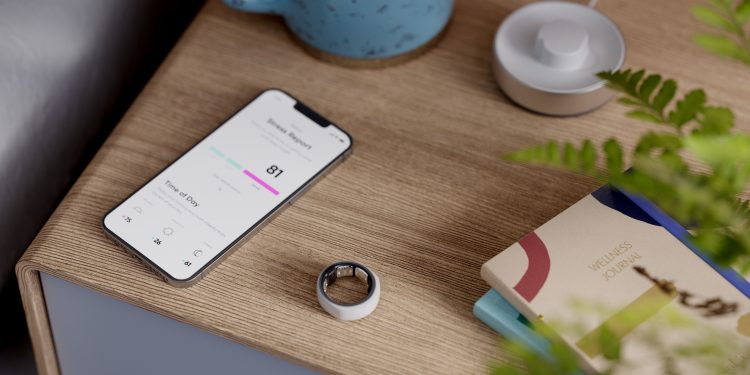 The power of artificial intelligence has let wearables evolve from measuring simple stats like step count or your pulse to broader concepts such as “readiness” or “alertness.” But why stop at health? What about your mood?

That’s the concept behind the Happy Ring, a new gadget from Happy Health and Tinder founder Sean Rad – yes, really! The co-founder and current Chairman of the largest dating site in the world has a new vision for the wearable world, based on custom biometric sensors and proprietary algorithms that can measure your sleep, stress, and ultimately mood. The company says this simple ceramic and resin band can capture brain signals from the peripheral nervous system and translate them into real-time, objective measures of mood state.

No, this ring won’t connect you with your next life partner. But it will let you know if you’re happy right now.

“There are many wearables that help you on your fitness journey,” says Paul Berns, Co-Founder and Chairman of Happy Health. “[But] they widely ignore the mind and its effect on your overall well-being. The ability to measure and understand our emotional state will help us identify the habits that result in better health.”

Sensors in the ring continually measure your mood (Image credit: Happy Health)Image 2 of 5

Charge the ring by placing it on an included base station (Image credit: Happy Health)Image 3 of 5

Sensors on the inner surface measure signals from your brain (Image credit: Happy Health)Image 5 of 5

The team behind the ring has science chops to be sure. Berns is joined at the helm of Happy Health by Sue Smalley, Professor Emeritus of Psychiatry and Biobehavioral Sciences at UCLA, where she founded the Mindful Awareness Research Center (MARC), and Dr. Dustin Freckleton, a serial entrepreneur with more than 15 patents to his name. Sean Rad, meanwhile, invented the concept of swiping right.

The most well-known smart ring on the market is the Oura, of course, a very well-regarded wearable that focuses on sleep, measuring the stages of your sleep, your pulse, breathing, and so on to bring you a robust picture of what you do during the night. The Happy Ring employs a similar set of sensors on its inside edge, which press against your skin to capture brain signals from peripheral nervous system activity.

Like the Oura, the Happy Ring sits on a custom obelisk to wirelessly charge, shaped sort of like a cowboy hat. It comes in either glossy black or glossy white. And like much of the technology space, the focus here is on service rather than the device. The Happy Ring itself comes free with your subscription, and what you pay per month depends on how long you subscribe. A 24-month plan costs $480, or $20 per month, while a one year plan is $300 ($25/month). Or pay as you go at $30 per month.

All levels include sleep analysis and reporting, heart rate monitoring, guided breathing exercises, and CBT-backed journal prompts through the Happy app, which syncs with Apple Health. An Android-compatible version will be released “in the near future,” the company tells me.

While the concept of measuring mood is fascinating, the cost of the device is worthy of comment. The Oura Ring sells for $300 to $400, depending on finish, and a subscription costs $5 per month. The Happy Ring lowers upfront costs to zero, but a year of the service itself will cost at least $240, for example. And higher levels of services add up quickly.

The company tells TechRadar that the Happy Ring’s battery will last two to three days, with continuous sampling of data from its various sensors, and it will recharge in about an hour. In contrast, the Oura Ring can last five to six days, although its sensors are not continually in operation. It’s easy enough to integrate either device into a regular routine to ensure it remains fully charged: Simply place the ring on the custom charging base before you hop into the shower or during your evening bed-prep and you shouldn’t have to worry twice.

The Happy Ring is now available for purchase via a waitlist, although it won’t begin shipping until later this year. and we look forward to bringing you our detailed review.

Oracle accused of selling personal data for billions of users