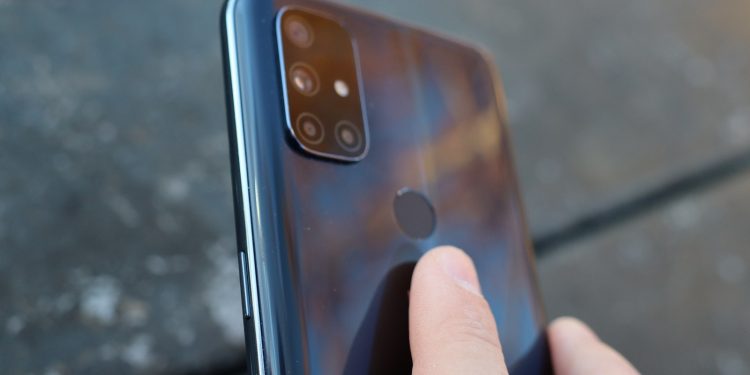 I’ve used enough cheap phones with temperamental fingerprint scanners, to know that they can be a real problem. There’s something uniquely frustrating about repeatedly placing and lifting your finger that makes you wonder why you even set a phone lock.

This happens frequently for rear-mounted fingerprint scanners, but I’ve had the worst results with side-mounted ones, and despite the placement being incredibly convenient, I now get an ominous sense of dread when I start using a budget phone with one.

This is what I had with the Realme C35, and I thought I was in for another season of repeated thumb-taps every time I wanted to check the ‘Gram – until I accidentally stumbled upon a solution so beautifully stupid that I’ve no idea why I never did it before.

I accidentally set up my fingerprint on the Realme C35 twice. After the first time, the fingerprint scanner wasn’t working well, so I presumed I hadn’t actually set it up at all, and went through the whole process again. Afterwards, it worked beautifully.

Most phones let you set up multiple fingerprints, in case you alternate hands, or trust a loved one with all your intimate phone details. In theory, though, you’re not able to set up the same finger twice – the phone will let you know you’ve already done it.

However – and this is the beautiful part – if your phone’s fingerprint scanner isn’t recognizing your fingerprint when you’ve already registered it, then it’s not going to clock that you’re setting up the same fingerprint multiple times.

This is something I discovered accidentally when I re-set-up my fingerprint, and now I can get into the phone really well. I’ve even done it for other phones since – it doesn’t always work, but when it doesn’t, it’s because the fingerprint scanner is good enough that I don’t need to.

If you want to try this yourself, head to your phone’s settings menu, then go into the Passwords and security section, and set up your fingerprint unlock from here. If your phone initially says you’re trying to register the same print, just rotate your finger until it works. And if this doesn’t happen, clearly the phone is working just fine.

The Big Move: ‘Should we wait to see how the market plays out?’ I live in Arizona, and want to purchase a rental home in Texas. Is this a good time?