When Obi-Wan Kenobi met Darth Vader in the original Star Wars, it was undeniably a big deal. After all, this was the moment when Old Ben was reunited with his ex-protégé who turned bad, a chance for a couple of estranged friends to work through a load of unresolved issues and – historically – the first time anyone ever laid eyes on a lightsaber duel.

And yet, despite the duo’s alleged mastery of the Jedi trade, their swordsmanship is the least memorable thing about one of A New Hope’s most pivotal scenes.

Aside from the fact the face-off lasts less than three minutes, not even Obi-Wan’s weirdly balletic spin can hide the fact this is a fight performed in stilted slow-motion – if Errol Flynn had fenced his way through Sherwood Forest in such a static manner, it’s unlikely anyone would still remember The Adventures of Robin Hood.

When George Lucas first transported us to that famous galaxy far, far away, Star Wars wasn’t about the Jedi. Sure, the lightsabers’ neon glow, coupled with Ben Burtt’s now-legendary sound effects, instantly turned them into the coolest weapons in cinema. And the idea of a mystical energy field binding the universe together gave the movie a magical element that instantly separated it from other big screen space opera – it was fantasy in a sci-fi setting.

But there’s far more to the Star Wars universe than the humming (and clashing) of lightsabers, of lightning-based and force-focused powers, and so-called saviors of the galaxy. In fact, some of the best things to come out of the iconic franchise are those productions that don’t place the Jedi and the Sith front and center. 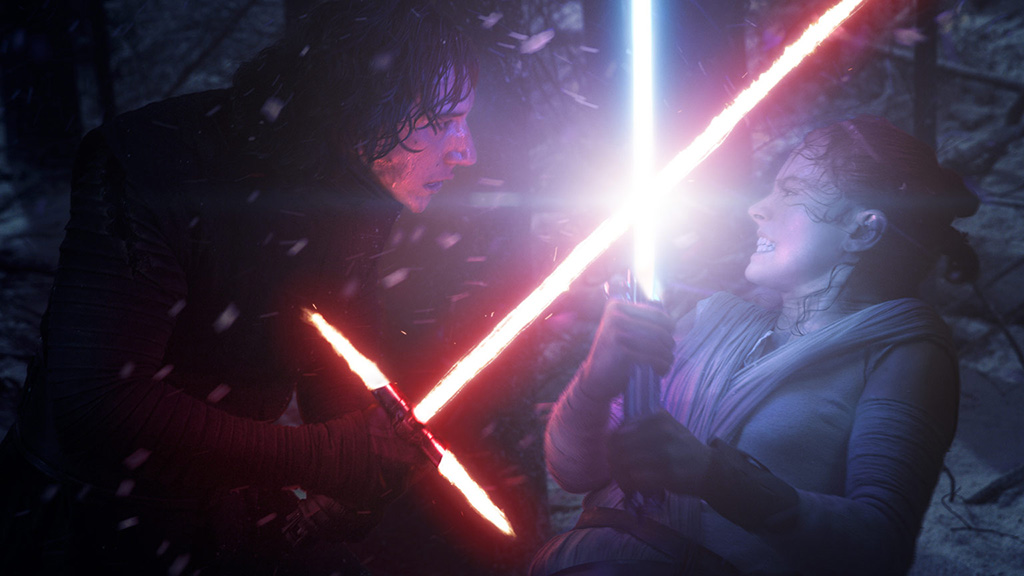 “Hokey religions” were never the only – or even the main – reason Star Wars smashed box office records to become the most successful movie in history in 1977. Theater-goers also fell in love with the idea of a kid rising from obscurity to destroy a Death Star.

And that’s not to discount the rogue-ish hero and his furry sidekick, the blaster-wielding princess, the Stormtroopers and the sheer amount of droids, spaceships, bizarre aliens, used-universe aesthetic, criminal underworld, and interstellar dogfights. And, of course, the instantly iconic man-in-black villain with a penchant for strangling any underlings who might be suffering from a lack of faith.

With A New Hope’s overt demonstrations of the Force effectively limited to those aforementioned neck squeezes, a couple of mind tricks and communication from beyond the grave, the Jedi themselves were just one small component of a masterful piece of all-round world-building. They were simply a near-extinct group of warriors who were, as far as most characters were concerned, simply a forgotten relic of a more civilized age. Indeed, as Han Solo so memorably put it, “I’ve flown from one side of the galaxy to the other. I’ve seen a lot of strange stuff, but I’ve never seen anything to make me believe there’s one all-powerful Force controlling everything.”

While Luke Skywalker’s quest to become a Jedi and overthrow Darth Vader and the Emperor – the word Sith wasn’t uttered on screen until the prequel trilogy – inevitably upped the Force quotient in The Empire Strikes Back and Return of the Jedi, it still wasn’t the whole story. Han Solo and Leia’s respective stories – not to mention the Rebel Alliance’s ongoing travails – were arguably just as important to Star Wars as Luke’s training scenes with Yoda on Dagobah. Meanwhile, Return of the Jedi’s fun Jabba’s Palace-set opening act put the spotlight on Tatooine’s biggest, most entertaining criminal empire, providing us with something new to enjoy in Lucas’ burgeoning Star Wars series.

Superheroes in all but name 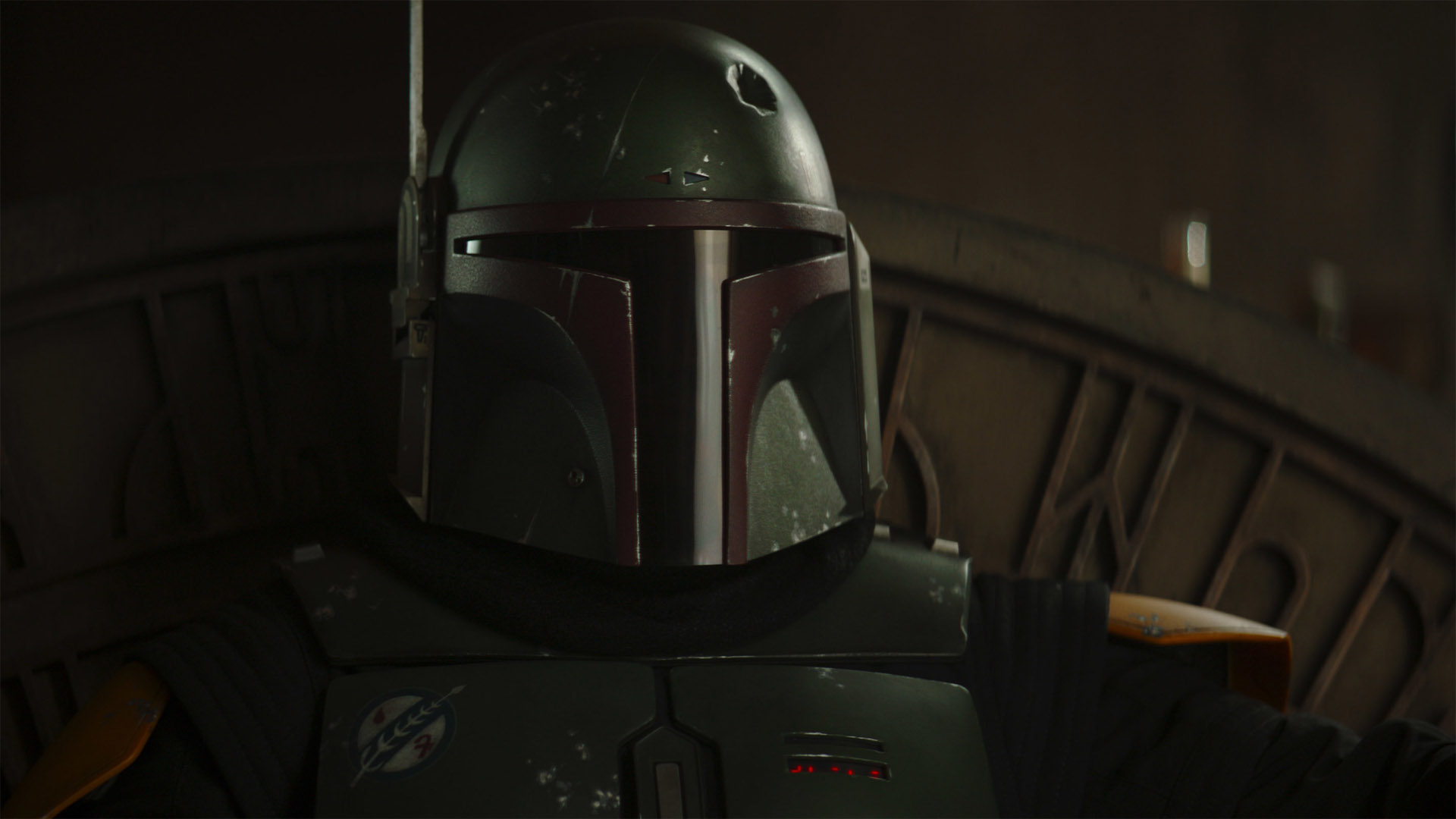 Set in Tatooine’s criminal underworld, The Book of Boba Fett has the potential to take Star Wars in a new direction. (Image credit: © Lucasfilm Ltd)

In fact, it wasn’t until The Phantom Menace landed to considerable fanfare – roughly halfway into Star Wars’ lifetime – that the Jedi took center stage in official canon. The younger Obi-Wan Kenobi (who’s getting his own Disney Plus spin-off show in 2022) was now the star of the show, accompanied first by his master, Qui-Gon Jinn, and then his eventually-doomed apprentice, Anakin Skywalker.

By definition, they were very different heroes to the more relatable likes of Luke, Leia and Han. With the Jedi Order still a major force in the Old Republic, these guys were superheroes in all but name, capable of using telekinesis, super-fast reflexes and mind-tricks aplenty to ensure they were always the most powerful people in the room.

What we gained in the scintillating, lightning-fast lightsaber scraps – what we’d give to see that Vader/Obi-Wan confrontation reinvented in the style of ‘Duel of the Fates’ – was squandered by Lucas’ decision to base his prequel movie around a clique of unrelatable warrior priests. When your heroes are invulnerable to pretty much everything that isn’t Sith, hubris and Order 66, telling memorable stories becomes a lot more challenging. Tales of unlikely heroes like Han, Leia and Luke triumphing against the odds, then, have infinitely more potential.

And yet – with a few notable exceptions, such as Rogue One and The Mandalorian – the Force has become the dominant, well, force in the Star Wars of the 21st century, particularly on the big screen. And when the Force is strong, it’s not always good news for the franchise. 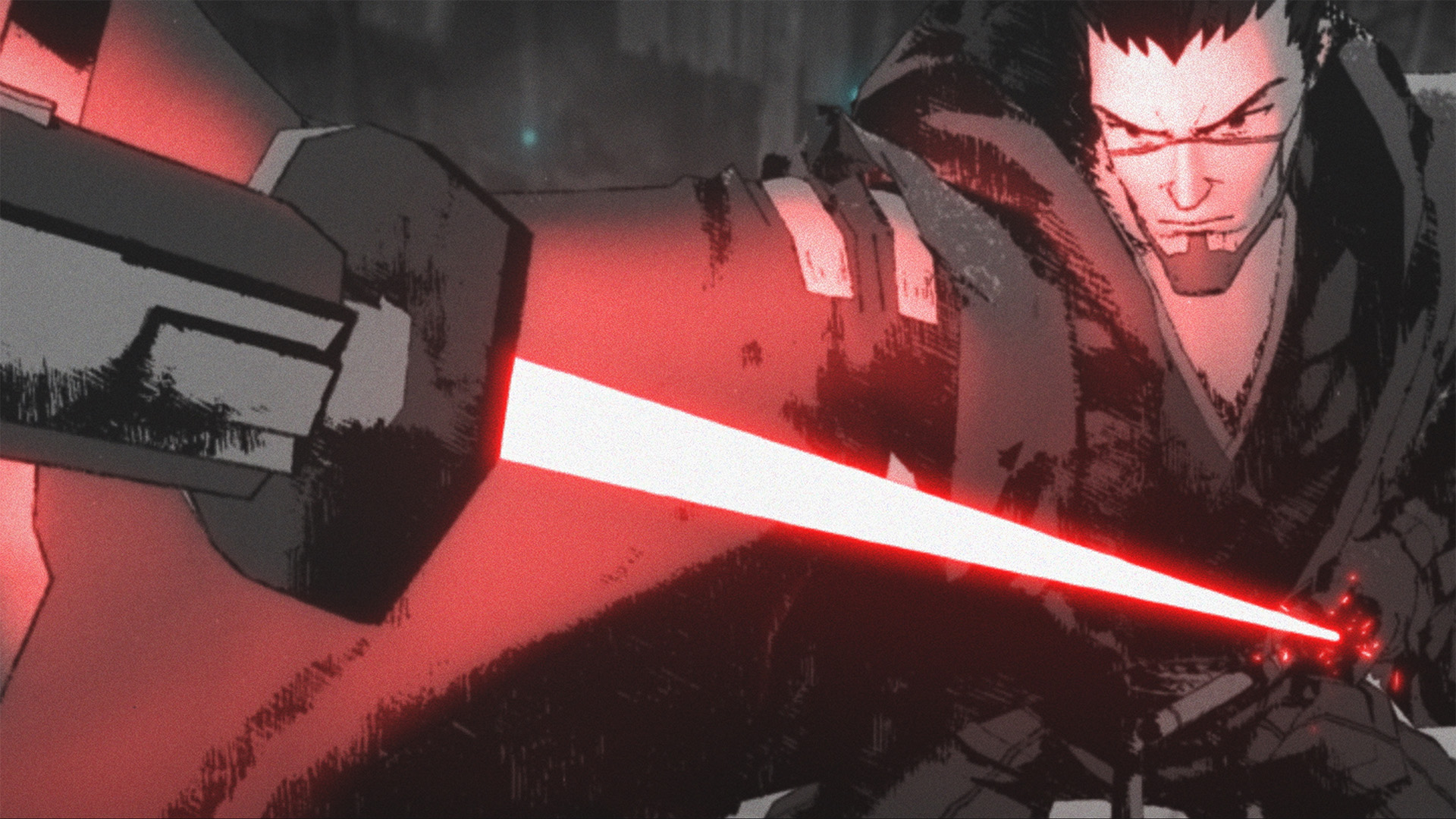 Star Wars Visions would have been better if it didn’t rely so heavily on Jedi – though they did look cool… (Image credit: Lucasfilm/Disney)

One of the most notable things about Star Wars Visions, the anime-style Disney Plus anthology series, is that eight of the nine standalone shorts focus on the Jedi or Sith in some way.

But, while lightsabers and gravity-defying duels are the perfect recipe for compelling visuals, you can’t help feeling the filmmakers denied themselves the chance to explore more interesting parts of the galaxy. Although the tale of ‘Tatooine Rhapsody’, a rock band paying off a debt to Jabba the Hutt, was one of the weaker offerings, it exploited the storytelling potential of one of the biggest, most versatile popular culture entities ever created.

And that’s a good thing. Because there are no limits to the stories you can tell against the Star Wars backdrop – comedy, romance or even an interstellar take on the high-school movie could all theoretically work. Relying too heavily on Jedi and the Force, however, instantly restricts your storytelling choices.

Put an experienced Force-wielder in a room with mere mortals, and chances are they’re going to win any battle. And, since the original trilogy introduced mind control, telekinesis and Sith lightning to the canon – alongside those all-important lightsabers – it’s been rare to see characters wielding the Force in new, exciting ways.

Rey’s in-real-time healing abilities, and her ability to project objects to her Force Dyad buddy Kylo Ren, in the sequel trilogy, feel like narrative conveniences rather than essential additions to the Jedi arsenal. And they simply make you wonder why the legions of Jedi in the prequels weren’t routinely deploying such talents.

The Mandalorian – arguably the best thing to come out of Lucasfilm in the Disney era – has never denied the existence of the Force. But, like the original trilogy, it keeps its talk of mystical energy fields in the background. Din Djarin is a sceptic who gradually comes to discover and accept Grogu’s ties to the Jedi, but ultimately the show is the story of people making their way through the forgotten bits of the galaxy, the sort of places that rarely entered the Jedi’s orbit.

The Mandalorian resonated with many Star Wars fans because it’s a reminder of what we fell in love with in the first place. New spin-off show The Book of Boba Fett, set among the wretched hives of scum and villainy that are traditionally found on the Tatooine landscape, promises to give us more of the same, too. And, with another prequel series that focuses on Rogue One character Cassian Andor also on the way, there’ll be another show that’ll focus on the universe’s seedy underbelly.

There are hundreds of stories waiting to be told in the Star Wars universe, and the law of averages suggests that most of them probably don’t have to involve ancient weapons like lightsabers. Han Solo may have been wrong to dismiss the Jedi so quickly, but he may have also been correct when he suggested their time had passed. Or, at the very least, that there’s more to Star Wars than just the Jedi, their mortal enemies, and the Force itself.

The Book of Boba Fett launches exclusively on Disney Plus on December 29. Episodes are released weekly after that date.

Livability: Six towns worth visiting for their historic downtowns