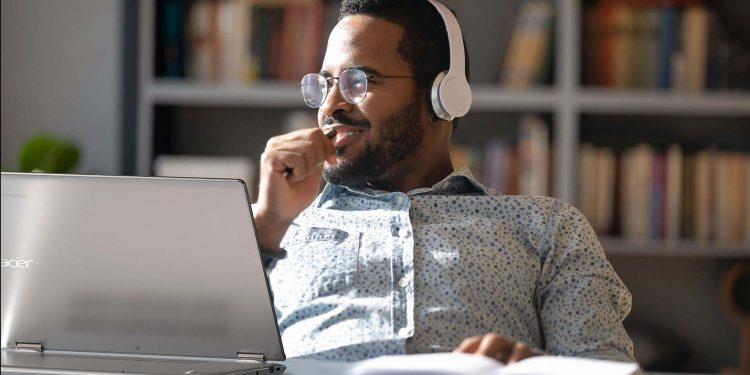 Body detection security features may be coming to a Chromebook near you.

A recently discovered page on the Chromium Gerrit website reveals that body detection features are being worked on for a Chromebook laptop with the code name, “Crota”. Gerrit is a collaboration tool for software developers to come in and review each other’s work, and in this case, Google’s Chromium projects.

Google has expressed interest in the past with “integrated sensor technologies for more personalized experiences” and body detection could be the fruits of that labor.

Not much is known about how Google plans for implementing this security feature or how robust it will be. We did contact Google to see if it would like to make a comment about this project or provide information about it, and will update this post if it responds. However, we can look at other examples of body detection and paint a picture of what Google might be doing.

Body detection, which is sometimes referred to as human presence detection, is a feature that allows a device to see if a person is standing right in front of it. You can see a demonstration of this technology on YouTube by Lattice Semiconductor. It shows a computer detecting multiple men in front of its camera.

This technology is mainly used for security or quick logins via facial recognition. For example, Lenovo has body detection in several of its laptops like the ThinkPad X1 Nano where it will lock the computer if its user walks or turns away from the screen. Some ThinkPad models sport PrivacyGuard which alerts you if someone is peeking over your shoulder and looking at your screen.

For quick logins, body detection already exists in the form of biometric security. Many phones have fingerprint recognition readers on their backs. And there are laptops out there, like the Surface Pro 8, that support facial recognition via Windows Hello. Not only that, Chromebooks with face unlocking have been teased for about three years now.

It’s also worth pointing out that specialist website Chrome Unboxed has reported in the past that Google is also working on adding “snooping detection” for Chrome OS.

Further details regarding “Crota” hardware are unknown. No one even knows who the manufacturer will be, but it could be Taiwanese electronics manufacturer Wistron. You can see evidence of this if you look at the Gerrit page for the body detection feature, which has an email from Wistron listed in the “signed-off-by” row.

Chrome Unboxed claims that if Wistron is listed that could mean that Dell is involved according to past Chromium Gerrit pages, but this is circumstantial evidence at best. We won’t know until more information is uncovered or leaked. If you’re interested in Chromebooks, TechRadar recently published a list of the best ones for 2022.

These were the most popular browser extensions during the pandemic