6 great shows on Netflix, Apple TV Plus and more you may have missed so far in 2022 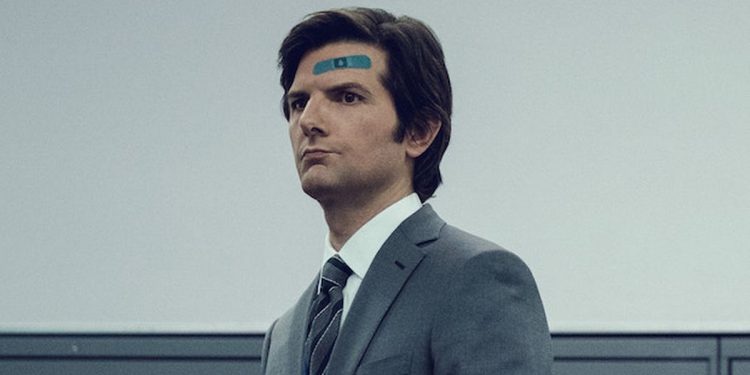 It’s hard to believe that we’re a quarter of the way through 2022. The first three months of the year have flown by and, despite your best efforts, we suspect that you haven’t been able to keep up with all the best TV offerings of 2022 thus far.

That’s where we come in. We’ve rounded up six new, top-tier shows that you may have missed in the early part of the year, with TV series exclusive to Netflix, Disney Plus, and Apple TV Plus all featured below.

Before we dive in, though, there are a few conditions. First, we haven’t included shows that began airing in late 2021 and only became popular after the turn of the year, so TV series including Yellowjackets don’t make the cut. We’ve also ruled comic book or superhero-focused TV programs, such as Moon Knight and Peacemaker, out of the running because Marvel Phase 4 projects and DCEU spin-offs are always sure-fire hits for Marvel and Warner Bros. respectively.

Finally, we’ve decided not to include shows whose latest season launched in 2022. Fans of Ozark and Euphoria may bristle at that, but we only wanted to include series that debuted this year on our list. The aim of this article is to introduce you to shows that you may not be in the know about, hence their omissions from your watchlist.

Here, then, are the six best new TV shows of 2022 that you need to stream on Prime Video, HBO Max, and more.

Where to stream it: Apple TV Plus

Fans of whodunnit movies and shows have been treated to many good (and not so good) murder mystery productions in recent years, including Knives Out and Death on the Nile.

The Afterparty, though, is an Apple TV Plus show that breaks new ground for the fictitious, detective-oriented genre. Like Knives Out, it focuses on comedy as much as its murder mystery-fuelled story, but it’s The Afterparty’s character-centric episodic format that sets it apart from similarly styled projects.

The show’s synopsis sounds fairly routine, but it’s how The Afterparty’s narrative plays out that distinguishes it from other whodunnit projects. Each episode is told from the perspective of a different character, such as Ben Schwartz’s Yasper or Sam Richardson’s Aniq, whose embellished recollections of the night before will have you second-guessing who the actual culprit is.

Each character’s version of events make for brilliantly exaggerated comedic moments, shock twists, and an intriguing view into millennial culture and life fulfilment (or a lack thereof). The Afterparty has been renewed for a second season, so there’ll be more comedy-centric murders for viewers to try and solve in the future. In the meantime, make sure you check season 1 out.

Where to stream it: Netflix

If you’ve been watching along with Moon Knight on Disney Plus – and why wouldn’t you be if you’re an MCU fan? – you may have noticed how spooky and scary it is compared to previous Marvel Studios projects.

Some of its eerie vibe, jarring tone, and unsettling aesthetic is down to co-directors Aaron Moorhead and Justin Benson, who also brought their penchant for psychological thrillers and horror flicks to one of Netflix’s biggest 2022 TV hits – Archive 81.

Based on the podcast series of the same name, the supernatural Netflix show stars Mamoudou Athie as Dan, an archivist hired by a mysterious company to restore a collection of damaged 1990s videotapes. Unbeknownst to Dan, though, the footage in question belongs to a filmmaker – Dina Shihabi’s Melody Pendras – who disappeared during her investigation of a sinister cult. As Dan digs deeper into the mystery behind Dina’s disappearance, it isn’t long before he’s pursued by the same dangerous forces and finds his own life in danger.

Archive 81 was hailed for its blend of supernatural horror and film noir, jump scares, and haunting plot. Unfortunately, the show was surprisingly canceled by Netflix in late March, ensuring that the wildly popular series ended after just one season. Still, it’s well worth making time for if you haven’t already.

Where to stream it: HBO Max

There have been plenty of top tier HBO Max shows already this year, but Our Flag Means Death is one of those truly surprising hits that nobody saw coming.

And, honestly, it deserves every plaudit it’s received. The period rom-com show is wonderfully endearing, brilliantly witty, and includes a star performance from Taika Waititi (Thor: Love and Thunder, Free Guy) as the infamous pirate known as Blackbeard – who doesn’t want to see that? Oh, and, at just 30 minutes apiece, you can binge the first season’s 10 episodes in a single afternoon if you wish.

Set in the 18th century, Our Flag Means Death stars Rhys Darby (Flight of the Conchords, Jumanji: The Next Level) as Steve Bonnet, a real-life and world-weary aristocrat who trades his life of comfort and fortune for adventures on the high seas. His ineptitude as a pirate captain, however, prevents Bonnet from earning the trust of the dysfunctional crew that he assembles. That is, until a chance run-in with the legendary Blackbeard and his band of bloodthirsty pirates sees Bonnet and company engage in all manner of comedic escapades.

What makes Our Flag Means Death’s success so stunning is the lack of fanfare surrounding its release and the fact that it’s an original IP. Despite its humble beginnings, though, Our Flag Means Death was the most in-demand show across the globe in late March – not bad going for a plucky pirate captain and his underdog crew. Stick this on your ‘to watch’ list ASAP.

Where to stream it: Disney Plus (UK); Hulu (US)

If horror or comedies aren’t your thing, how about watching a TV drama based on the biggest celebrity scandal of the mid-90s instead? That’s what you’ll get with Pam and Tommy, a fictitious retelling of the so-called ‘greatest love story ever sold’.

Set in the late 20th century when the internet was in its infancy, Pam and Tommy depicts the turbulent marriage between Baywatch superstar Pamela Anderson (Lily James) and Motley Crew drummer Tommy Lee (Sebastian Stan). The series, which charts the rise and fall of their three-year whirlwind romance, acts as a backdrop to the theft of the couple’s infamous sex tape, which was stolen and distributed online by disgruntled worker Rand Gauthier (Seth Rogen), who was fired by Lee for the supposedly shoddy work he carried out on Lee’s home renovation.

In our spoiler-free review, we called Pam and Tommy an “engrossing, drama-packed and surprisingly tender tale about the pitfalls of fame. Its infamous tale and sparkling cast will grip you initially, but its karma-centric parable, humanization of its characters, and intimate moments are what make it shine as a spectacle.”

It may not be everyone’s cup of tea – it certainly wasn’t Anderson’s, who unsurprisingly refused to be involved in its production. But, for a show whose plot is largely centered on the world’s inaugural sex tape, it’s a Hulu series (and Disney Plus TV offering) that’s far funnier, dramatic, and deeply moving than it seems on the surface.

Where to stream it: Prime Video

We could have included a number of Prime Video shows here, such as The Boys: Diabolical or The Legend of Vox Machina. But, given the fact that Reacher gave Ozark a serious run for its streaming crown in late January and early February, it seemed like an obvious choice to include.

Based on the first book in Lee Child’s best-selling crime thriller novel series – Killing Floor – Reacher stars Alan Ritchson (Titans) as Jack Reacher, an ex-military policeman-turned-drifter who is framed for murder in a fictional, rural town in Georgia, US. Determined to clear his name for a crime he didn’t commit, Reacher agrees to aid police chief Oscar Finlay (Malcolm Goodwin) and fellow officer Roscoe Conklin (Willa Fitgzerald) to find the real culprit and unravel the larger conspiracy at play.

Critics have lauded how faithful the Prime Video TV adaptation is to Child’s novels – something that isn’t necessarily true of Tom Cruise’s Jack Reacher movie iteration. Prime Video’s Reacher is also hugely entertaining, with its blend of action, mystery thriller, and dry comedy helping it to become the first Amazon Studios production to top Nielsen’s famed streaming rankings list (per Variety). Thanks to that success, it won’t come as a major surprise to learn that a second season of Reacher has already been greenlit.

Where to stream it: Apple TV Plus

You may have heard co-workers, family, friends, or fellow social media users mention a show called Severance in passing before now. And there’s a very good reason – several, in fact – why you need to check it out if you’ve somehow slept on it. You know, apart from the fact that Ben Stiller is on directorial duties.

The psychological sci-fi workplace thriller stars Adam Scott (Parks and Rec, The Good Place) as Mark, an employee of a corporation called Lumon Industries. The biotech company is renowned for its “severance” program, a medical procedure whereby employees’ non-work memories are kept separate from their recollections on company time. As the story progresses, though, Mark gradually uncovers a huge conspiracy at the heart of Lumon Industries, which has major repercussions for those hired by the sinister firm.

Severance’s supporting cast includes a plethora of household names, not least Christopher Walken, Patricia Arquette, and John Turturro, so it had the makings of being a good watch. Even so, there are very few industry insiders who could have predicted the unparalleled success and critical acclaim that Severance has earned, with many praising the cast’s performances, production design, eerie and suspenseful plot, cinematography, musical score, and thematic resonance about the working conditions of employees worldwide.

Peaky Blinders season 6 and Better Call Saul season 6 (both 100%, though the latter isn’t out until April 18) are the only shows with better critical scores – on review aggregation website Rotten Tomatoes – than Severance’s 98% ‘certified fresh’ rating. For an original series created by a first-time writer in Dan Erickson, that’s no mean feat, and the show’s renewal is just reward for its exceptional performance. Expect Severance to be up for multiple gongs on the 2023 awards circuit, too.

Alexander Storozhuk, a founder of PRNEWS.IO, has been accepted into the Forbes Business Council