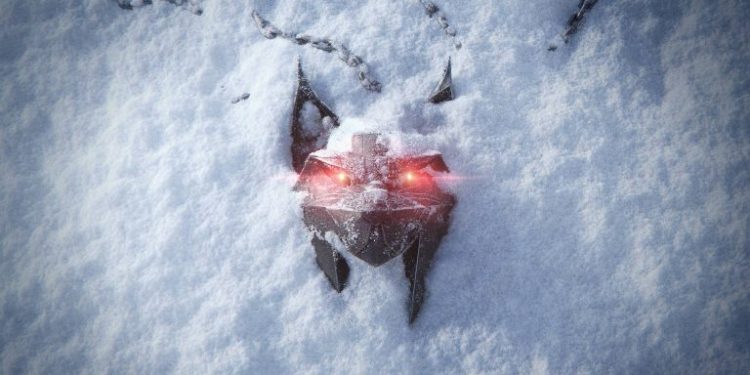 The recent Witcher 4 teaser, an image of a lynx medallion resting in pure white snow, doesn’t tell us much. The accompanying announcement, stating the development team has dropped its in-house engine for Epic’s Unreal Engine 5, told us little more.

It’s an exciting teaser for fans, of course; the lynx’s head medallion shows CD Projekt Red is departing from the lore of the books to strike its own path – there is no mention of a School of the Lynx in Andrzej Sapkowski’s novels, so this must be a new Witcher school entirely.

However, since The Witcher 3’s launch, CD Projekt Red has released another massive game, one not nearly so well received. While critic scores for Cyberpunk 2077 pre-launch were high, the overwhelming reaction post-release has been… quite negative. The RPG launched in a poor state, with significant bugs ruining players’ experience; it stung all the more because it fell short of the promise of its early demos and had a general lifelessness to its world. It was a terrible letdown from such a talented developer. Even those digging for diamonds in the rough should admit that, at its best, Cyberpunk 2077 isn’t a patch on The Witcher 3, frequently dropping the ball in its storytelling and falling into plenty of lazy tropes and stereotypes.

Part of this may be due to a simple fact: The CD Projekt Red that made The Witcher 3 is not the one that made Cyberpunk 2077. Quest Designer Nikolas Kolm, a massive role in The Witcher 3’s success, moved from the studio to work at Ubisoft on the highly-praised Assassin’s Creed Odyssey. Nor was Kolm the only key staff member to do so.

With such an exodus of talent, it’s fair to say the team that created Cyberpunk 2077 is not the one that delivered the lauded 2015 fantasy RPG. For all the dizzying ambition and money a studio can throw at a project, people make games, and their success results from collaboration. Can The Witcher 4 possibly live up to its predecessor when those developers are gone?

There’s also the question of should we want the Witcher 4? Developers on Cyberpunk 2077 have spoken about the dreadful conditions they worked under to make the game. Releasing a bad game is one thing, but a studio that puts its staff through such a stressful, debilitating development shouldn’t be easily forgiven. Any time something worth playing comes out of these conditions it’s a cursed miracle that only helps hide how precarious and damaging development crunch time is.

All of this is to say that, while a new installment in a beloved series is exciting in the pure abstract, it cannot be divorced from how CD Projekt made it. It’s hard to be excited for The Witcher 4 when the team that made The Witcher 3 has moved on, when Cyberpunk was such a disaster, and when the studio failed to safeguard the good health of its employees.

I could wax on about potential features and storylines – there’s fertile ground to grow another stellar RPG: I’d love to see Ciri in the leading role and what stories stem from her narrative. How does she make a living as a witcher without the superhuman mutagens that made Geralt the killing machine he was? Does she still have access to the power that defined her life for so long? How would Ciri deal with living in a patriarchal world, a reality Geralt largely avoided?

But, that excitement doesn’t trump the fact the studio’s last release failed to deliver on its promise, and it didn’t look after the people making it. People will speculate wildly about what they want from a new Witcher game, but the possibility and not the reality may blind them. The questions to be asked about The Witcher 4 are not about its plot or new features. They should be about whether CD Projekt Red has done anything to address its working conditions? How can we trust the marketing of this next release when Cyberpunk 2077’s painted such a different picture from the reality of the final game?

The Witcher 4 warrants skepticism and critique until CD Projekt Red shows the world things have changed for the better. No promise of a sequel-of-your-dreams should change that.