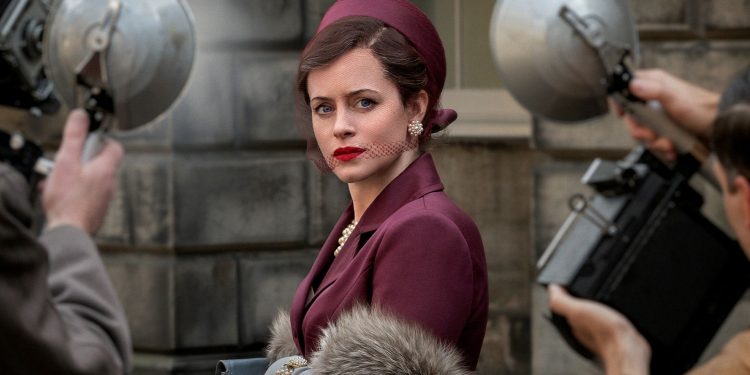 Netflix may be leaking subscribers faster than you can say ‘The Woman in the House Across the Street from the Girl in the Window’, but new and returning series from the streaming service nonetheless make up the bulk of this week’s recommendations.

Headlining the latest crop of arrivals is Better Call Saul’s sixth and final season, while off-beat comedy-drama Russian Doll also makes its long-overdue return. Other streamers get a look in, too – including Apple TV Plus and relative newcomer Starz – so there’s plenty of content to choose from as April slowly draws to a close.

Below, then, we’ve rounded up our pick of the seven biggest new movies and TV shows to watch on Netflix, Prime Video, HBO Max and more over the next few days.

Having lived through a near-death experience in the previous season, Better Call Saul season 6 finds the titular crook but a shell of his usual self. For starters, he’s reverted back to the unsure Jimmy McGill, and is, according to Odenkirk, “in a weak and uncertain and frightened place inside.” That sounds, to us, like the show’s finale has all the makings of a great comeback story.

Like Money Heist and Ozark before it, the show’s 13-episode climax will be split into two parts. The first two entries are available to stream now, with the next five arriving weekly every Monday. A final run of six episodes will begin airing on July 12.

Three years after the arrival of its first, Russian Doll’s second season has finally dropped on Netflix – and it looks like more temporal trouble (and carefree profanity) is on the horizon for Nadia, Natasha Lyonne’s wisecracking New Yorker.

Created by Lyonne alongside co-writers Leslye Headland and Amy Poehler, the series’ debut season followed Nadia’s quest to free herself from a Deathloop-style time loop that saw her reliving her 36th birthday over and over again. This time, though, Nadia and fellow season 1 loop prisoner Alan (Charlie Barnett) won’t be stuck in a cycle of repetition – instead, they’ll be faced with a portal capable of propelling them through time.

We don’t know too much more about the plot of Russian Doll’s new episodes, though it’s been confirmed that Annie Murphy (Schitt’s Creek), Sharlto Copley (District 9) and Carolyn Michelle Smith (House of Cards) will be joining in the fun. Our advice? Expect the unexpected.

After a string of rave reviews for its first season, HBO’s pitch black comedy drama, The Flight Attendant, returns to HBO Max this week for a second outing.

Having ditched the booze and now living a comfortable life as a flight attendant-cum-civillian CIA operative, Kaley Cuoco’s once-self-destructive Cassie Bowden is in a much calmer place. But when a mission goes awry and the blame is placed firmly in her direction, Cassie finds herself struggling to keep it together.

The likes of Sharon Stone, Mo McRae and Callie Hernandez join the cast of The Flight Attendant’s new episodes, two of which are available to stream now. Another pair of episodes will arrive next Thursday, followed by four more on a weekly basis. UK viewers will have to wait until May to catch the series on Sky and Now TV.

Not to be confused with the Hugh Grant-starring A Very English Scandal (though the two do share the same producers) or recent Netflix drama Anatomy of a Scandal (can we stop using the word scandal?), A Very British Scandal is now available to stream on Prime Video, having debuted on BBC One in the UK back in December 2021.

Much like the first of its almost namesakes, this three-episode series examines another notorious 1990s British controversy, this time focusing on the exceptionally messy divorce case – we’re talking violence, adultery, forgery… you name it – between the Duke and Duchess of Argyll (played by Paul Bettany and Claire Foy, respectively).

A Very British Scandal earned several five-star reviews upon initial release last year, with particular praise bestowed upon the performances of both Foy and Bettany, so this is definitely one to catch if you’re into your fact-based dramas.

The first of many Watergate-inspired features headed to streamers in the next month (to coincide with the event’s 50th anniversary), Gaslit tells the untold story of the lesser-known whistleblowers involved in exposing the political scandal.

Adapted from season one of Slate’s Slow Burn podcast, this four-part series focuses on the courage of Martha Mitchell (played by Julie Roberts), a celebrity socialite and wife to President Nixon’s loyal Attorney General, John N. Mitchell (played by Sean Penn, with a little help from some The Batman-esque prosthetics), who becomes one of the first to sound the alarm on Nixon’s involvement in the Watergate break-in.

Dan Stevens, Betty Gilpin, Shea Whigham, Patton Oswalt and many others star alongside Roberts and Penn in this Starz production, which has earned mostly positive reviews so far.

If you’re in the mood for an easy watch this weekend, the inexplicably popular real estate reality series, Selling Sunset, returns to Netflix this week for its fifth season.

Essentially, the show follows a group of elite (or elitist?) real estate agents working at Los Angeles’ starry The Oppenheim Group agency. Employees put their big personalities to work selling even bigger houses – think luxury penthouses and beachside villas – which often leads to popcorn-worthy drama between those vying to earn the most commissions.

Selling Sunset doesn’t reinvent the reality TV mold, but if you’ve got a soft spot for the likes of Love Island or The Kardashians, it will certainly keep you entertained.

They Call Me Magic (Apple TV Plus)

Across four episodes, director Rick Famuyiwa chronicles Johnson’s rise from high school prodigy to Olympic and national champion, combining the genre’s usual tricks – archive footage, talking heads and so on – to paint a portrait of one of basketball’s biggest stars.

Those left uninspired by sports documentaries probably won’t find much to chew on here, though The Last Dance proved that on-court drama from years past can be as gripping as a Hollywood movie script.

Now available to stream on Apple TV Plus.

Buttonwood: The complicated politics of crypto and web3

Buttonwood: The complicated politics of crypto and web3