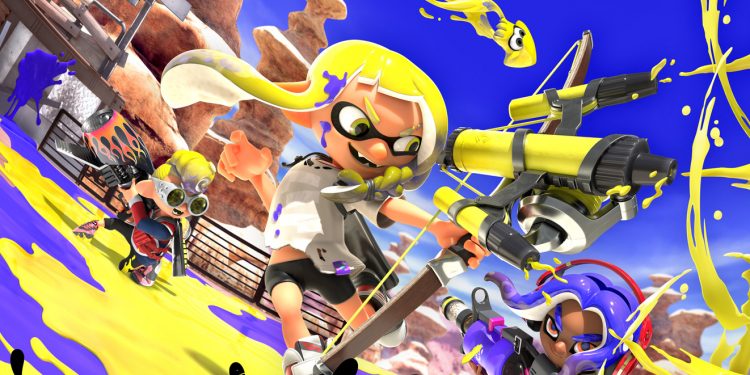 Nintendo made the announcement with a new Splatoon 3 gameplay trailer.

It gives us a look at the game’s new 4 vs. 4 Turf War mode, which challenges competing teams to cover the most ground in their ink.

Watch the gameplay trailer below.

You can spot one of Splatoon 3’s new stages, Eeltail Alley, in the trailer, alongside a glimpse of the new Stringer weapon in action. The bow-like weapon lets you sling ink sideways and vertically.

As well as competitive multiplayer matches, Splatoon 3 will also continue the series’ singe-player campaign, which follows Agent 3 in their fight against the Octarians.

Co-op mode Salmon Run will play a bit like a horde mode, in which you and your buddies will have to fend off waves of Salmonid bosses, which get progressively larger in size.

Nintendo has also announced the Splatoon 2: Octo Expansion DLC is now free for everyone who owns the base game and is an active subscriber to Nintendo Switch Online’s premium Expansion Pack tier. If that’s you, you’ll be able to download it free from the Switch eShop.

The expansion spans 80 mission and has you lead Octoling Agent 8 through a mysterious underground testing facility.

Why Klaus is my new favourite Christmas movie

Living With Climate Change: Earth Day or any day, 3 ways to shrink your carbon footprint when grocery shopping