A Thor: Love and Thunder director’s cut exists – and fans want Marvel to release it 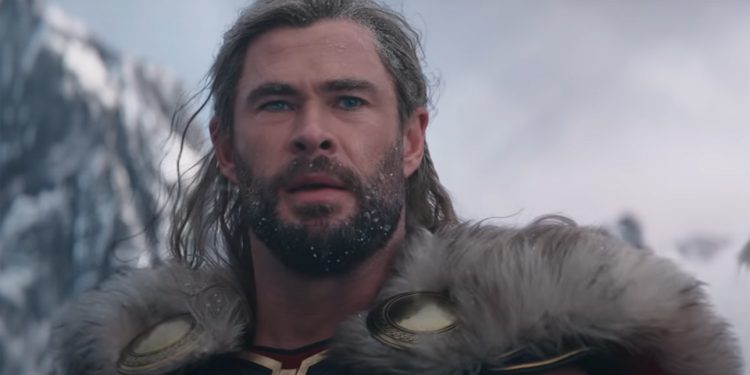 Thor: Love and Thunder was originally four hours long – and Marvel fans are calling on the studio to release it in its entirety.

As confirmed by director Taika Waititi (via Collider), the upcoming Marvel movie, which arrives in theaters on July 8, was initially twice as long as its official one hour 59 minute runtime. If Thor: Love and Thunder had been released as a four hour superhero flick, it would’ve blitzed the runtime of the longest current MCU film, Avengers: Endgame, out of the water by an hour.

Clearly, though, the film’s final runtime has been significantly shortened, likely owing to the fact that certain scenes don’t fit into the story Waititi and company are trying to tell. And that appears to be the case, with Waititi revealing that a number of scenes were left on the cutting room floor.

“It was about four hours [in total],” he told Collider. “And a lot of time on set… We were talking about this before, like when, in the moment, you’re like, ‘This is the greatest thing that anyone’s ever filmed in the history of filming things.’ And you get into the edit. You’re like, ‘I still kind of like it.’ And then, after about six months of it being in the movie, you realize it was fun on the day but it doesn’t have any business being in the movie.”

Christian Bale, who plays the villainous Gorr the God Butcher, lamented the removal of certain scenes from the film’s final cut in a separate chat with Collider.

“There’s an awful lot that I wish was in this film,” he said. “You can’t have a four-hour long film because there’s so much gold that’s on the cutting room floor, hilarious stuff, and creepy as hell stuff, but that was perhaps pushing it to a realm where maybe it wouldn’t have been able to be family friendly, which we always wanted it to be.”

Some of the scenes that were cut sound like, to coin Thor’s own phrase, they were worthy of inclusion. For one, Bale told Total Film that Gorr was originally going to dance to a Kate Bush song – she’s certainly in demand after Stranger Things season 4 utilized Bush’s Running Up That Hill track, which has gone on to score her a belated number one chart hit.

Meanwhile, another dance scene would’ve seen Thor bust a move or two to an ABBA song (per TV critic Kevin McCarthy) – a sequence that would’ve been complete with Thor shooting lightning from his fingertips. Suffice to say, it sounds like we’re missing out on a ton of humorous moments in the Marvel Phase 4 film’s final cut.

So, will Thor: Love and Thunder’s director’s cut ever see the light of day? Waititi and star Chris Hemsworth joked about doing so when talking to Collider about the movie, but it’s unclear if we’ll get a Zack Snyder’s Justice League-style director’s cut at any point.

Opinion: make it so, Marvel

Unsurprisingly, Waititi, Hemsworth, and Bale’s comments have piqued the interest of Marvel Cinematic Universe (MCU) fans. So much so, in fact, that many have called on Marvel Studios to give the director’s cut of Thor 4.

Like entrepeneur Erich Reimer suggested on Twitter, we think Disney Plus would be the ideal place to release a Thor: Love and Thunder director’s cut. Warner Bros have already shown that there’s audience demand for such a project on streaming services, with the company releasing Zack Snyder’s Justice League on HBO Max in March 2021. Why couldn’t Disney and Marvel do the same when Thor 4 finally drops on their streaming platform?

Other MCU fans were quick to call on Marvel to release a director’s cut of the film, too. Twitter user Lighting Spider pleaded with the studio to release the four hour cut, while fellow Twitter user menks101 joked that they would now be joining the ranks of starting a hashtag petition to get the director’s cut released. Who wants to kick off the #releasethewaititicut campaign, then?

Another Twitter Marvel fan in ChaosGoddess claimed that we’d be missing out on “so many precious Korg moments”, implying that multiple Korg scenes were likely cut from the movie’s final version. Meanwhile, TJDizzler0613 said they’d “watch every second” of a four hour long Thor film. Talk about dedicated.

Over on Reddit, multiple users had fun renaming Thor 4 to fit in with its original runtime. Unique_Unorque amusingly suggested that the movie should be called Thor Four: Four Hours of Thor featuring Gorr, while PrinceNuada01 joked that it should be changed to Thor Four: with More Thor, Gorr and Korg. Finally, HardasOoblek wrote that they’d “pay extra” to see the extended cut, and Dragon_yum agreed that Disney Plus would be the perfect place to release the film’s director’s cut.

The ball’s in your court now, Marvel. Give the fans what we want, please and thank you.

For more MCU-based content, read up on why Marvel’s Blade reboot may not meet its rumored 2023 release date. Alternatively, find out why Thor 4 might not be Chris Hemsworth’s final MCU movie.

Microsoft promises official fix for Windows VPN issues, but you’ll have to wait

Mobile roaming charges explained: each network’s changes and how it affects you

Microsoft set to double down on Android with dedicated business unit