Amazon could soon become one of the UK’s largest employers 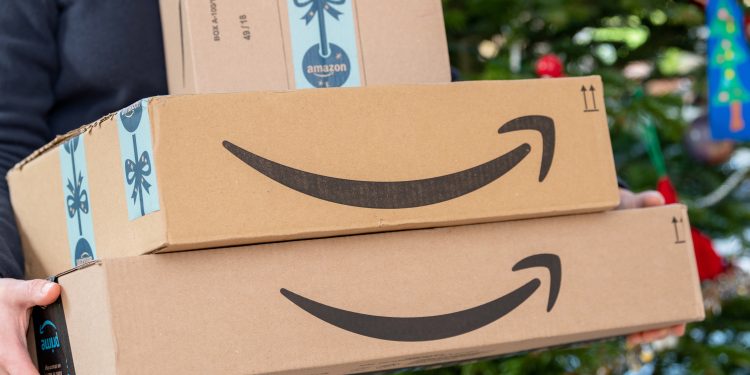 Amazon has announced it will create 4,000 new permanent jobs in the UK as part of a significant employment push.

The announcement comes as the retail giant has been accelerating its UK hiring over the past few years, with this move set to bring its permanent UK workforce to 70,000.

Amazon claims it has created 40,000 UK jobs since 2020, with the new hires set to include positions in newly built warehouses in Wakefield in West Yorkshire and Knowsley near Liverpool.

Where are the hiring?

The hires will also cover corporate and warehouse roles in London and Manchester, as well as tech-focused roles in Edinburgh and Cambridge, including some at Amazon Web Services (AWS).

Amazon said the move will make it one of the UK’s largest private sector employers, joining the likes of John Lewis and Alliance Boots, and exceeding the numbers employed by the British army.

“People join us not just for the wide variety of roles we offer, great pay and benefits, but for the career development opportunities we provide,” said John Boumphrey, UK country manager at Amazon. “We’re continuing to invest in talent right across the UK, from apprentices in Swansea to data scientists in Edinburgh.

He added: “People join us not just for the wide variety of roles, great pay, and benefits, but for the career development opportunities we provide.”

> Cancelling Amazon Prime is now easier, but only in Europe

> Amazon’s drone delivery finally launches, but we have so many questions

> Our guide to the best cloud storage

The announcement comes as signs are appearing that Amazon’s growth could be tapering off, at least in terms of its retail presence.

However consumers reportedly purchased over 300 million items internationally over Prime Day 2022 – making it the biggest event in Amazon’s retail history.

The post-pandemic dip in enthusiasm for online retail could also be causing excessive storage capacity, at least in the US.

Move over, Marvel franchise: Malayalam superhero film Minnal Murali to have a sequel