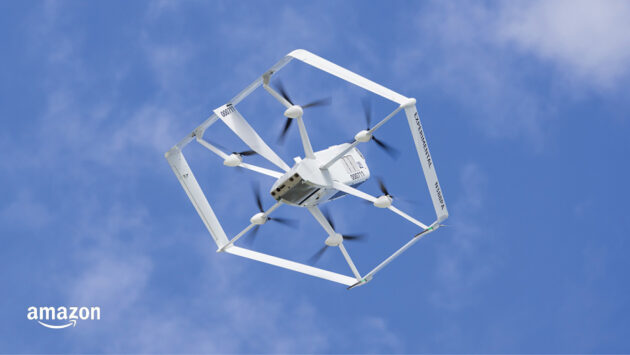 Amazon is bringing its drones to Texas.

The tech giant said Friday that customers in College Station, Texas, will be able to order products and get them delivered via drone later this year.

College Station, located about 100 miles northwest of Houston, is home to Texas A&M University. Amazon is partnering with the university and the city on the drone deliveries.

The announcement follows last month’s news that Amazon was finally making drone deliveries in the U.S. with a program in Lockeford, Calif., south of Sacramento.

Amazon announced its drone development program back in 2013 but has missed its own projections for actual customer deliveries.

Amazon has been testing drones in Washington state and in British Columbia, and it established drone development teams in Britain, France, Israel and Austria. In 2016, Amazon revealed that it was doing trial deliveries in an area around Cambridge in England.

The company won the FAA’s official certification as an air carrier in 2020. But Amazon Prime Air’s progress to actual customer deliveries has been delayed.

Bloomberg in April reported that Amazon’s drone program was “beset by technical challenges, high turnover and safety concerns,” including several crashes at a testing site in Oregon.

Amazon could soon become one of the UK’s largest employers

Amazon could soon become one of the UK's largest employers