As avoidance booms, so does the trade deficit 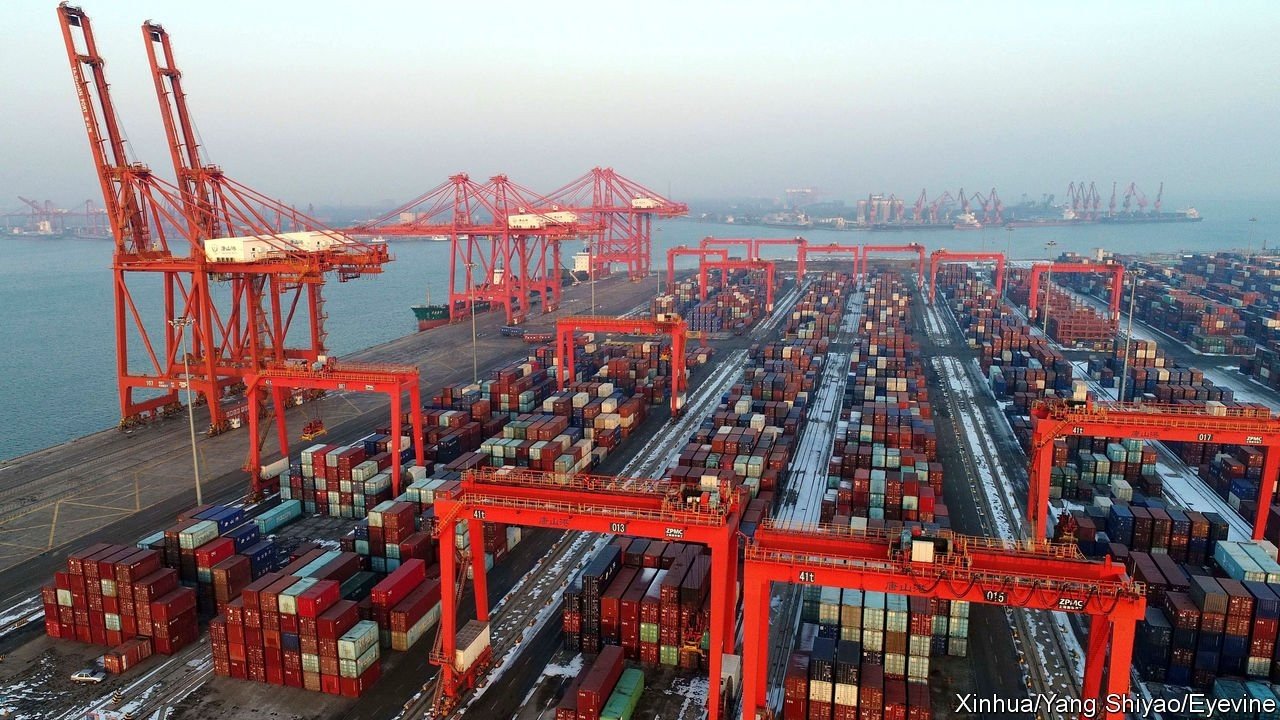 “AN EASY way to avoid Tariffs? Make or produce your goods and products in the good old USA. It’s very simple!” In the days when Twitter was the main medium for presidential proclamations, that was what Donald Trump recommended to companies using China as a manufacturing base. He was half right: avoiding tariffs has proved to be quite simple. What he failed to see, though, was that avoidance is an eminently viable strategy for companies staying put in China.

The scale of avoidance is, to use a non-technical term, huge. A giant discrepancy that has opened up between Chinese and American trade data provides a window onto the tariff dodging that has occurred over the past three years since America slapped duties on Chinese products. Much of it involves importers taking advantage of legal loopholes; some of it appears to be outright evasion, with companies lying to customs inspectors. 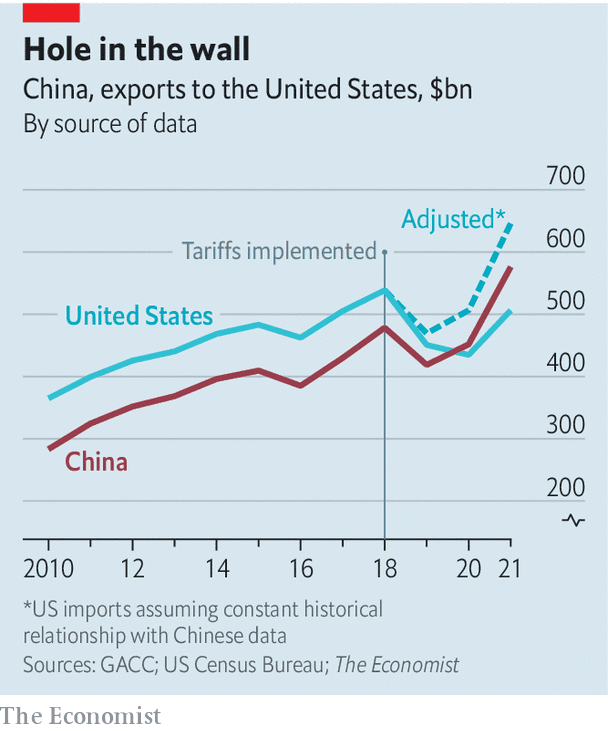 The numbers add up quickly: the total value of made-in-China goods entering America and dodging tariffs may have surpassed $100bn in 2021, according to calculations by The Economist. Taken alone, these goods would be equivalent to America’s fourth largest source of imports, even outstripping its purchases from Japan and Germany. Moreover, if all these goods were counted properly, America’s bilateral goods trade deficit with China would have smashed its annual record in 2021—a damning indictment of the use of tariffs as a way to narrow the trade gap with China.

The obvious question to ask is why anyone should privilege China’s data, with its reputation for manipulation, over American data. In other words, perhaps America has counted its purchases from China correctly, while China has over-stated its sales to America. Last year two economists then with the Federal Reserve, Hunter Clark and Anna Wong, explored this exact possibility, trying to account for the data discrepancy.

Part of the problem, they found, did indeed stem from the Chinese side. To blunt the impact of the trade war with America, China dramatically increased tax rebates for its exports, which in turn encouraged exporters to declare more overseas shipments. But in working through the 2020 trade data, their conclusion was that the tax changes explained just about 14% of the discrepancy, while tariff avoidance explained 62% (it was hard to pin down a specific reason for the remainder, which they referred to as “other”). If the same proportions applied to the 2021 trade data, tariff avoidance would have reached $108bn, nearly double the amount in 2020. And there is reason to think it may be even higher: in 2021 China actually decreased some of its tax rebates for exporters, whereas those trying to get around America’s tariffs will only have become more adept at doing so.

What are the tricks of the trade? One approach is to exploit what is known as the “de minimis” rule. According to this, countries neither charge duties on nor collect full data on imports below a certain value. Most developed countries set the threshold at around $200. In 2016, eager to focus scarce customs resources on high-value shipments, America lifted its bar to $800, providing importers with ample scope to avoid tariffs. Over the 12 months to September 2021, American customs officials counted that 771.5m de minimis packages entered the country—a fifth more than during the previous period—with no estimate of their actual value. Some logistics companies, typically based in the country, now offer services to American importers, letting them make bulk shipments to Mexico or Canada and then break them into smaller packages for tariff-free entry into America.

Some companies may also be evading tariffs by presenting false information to customs inspectors. In their paper, Mr Clark and Ms Wong noted that American importers could use “low-ball invoices supplied by their Chinese suppliers”. There also appears to have been an increase in goods produced in China but falsely labelled as originating from other countries. Since 2016 the Customs and Border Protection has published a record of its investigations into potential evasions of anti-dumping duties. Over the past two years it has launched 37 such investigations, up from 24 over the previous three years. Virtually all have targeted products from China. In January, for example, customs investigators determined that Simpli Home, a furniture company, had imported quartz products from China but incorrectly claimed they were from Vietnam. In December they found that A&A Pharmachem, a supplier of drug ingredients, had transshipped China-produced xanthan gum through India to avoid tariffs.

With tighter rules and closer checks at the border, America could stop some of this tariff avoidance. Earl Blumenauer, a Democratic congressman from Oregon, introduced a bill last month—aimed squarely at China—that would prevent companies from non-market economies from using the de minimis loophole. If customs agents were to open more shipping containers and sift through them carefully, they might identify more understated invoices and more mislabeled countries of origin. But doing so would require expertise and time—all the more difficult when American ports are suffering from backlogs. Officials want to speed shipments up, not slow them down with yet more inspections.

Indeed, America has reason to be at least somewhat grateful for all of the tariff avoidance. Duties at the border ultimately act as a tax on American consumers, pushing up prices for imported products. At a time when inflation is running high, tariff dodging helps to keep costs down.

Sony WH-1000XM5: what we know about the successors to the best headphones of 2022