Sony WH-1000XM5: what we know about the successors to the best headphones of 2022

The Sony WH-1000XM4 have been our pick for the best headphones you can buy for two years running – and it looks like the company is working on a successor.

The new headphones, which we’re assuming will be called the WH-1000XM5 if Sony sticks with its existing naming convention, may have been revealed in a recent patent filed by the company, which describes a pair of wireless noise-cancelling headphones.

Details about the new headphones are pretty thin right now, but Sony has kept to a fairly regular release schedule with its WH-1000X line of headphones, with new models being released in August for the last three years – and with the confidentiality agreement on the patent set to expire in August of this year, the time is ripe for a new pair of Sony noise-cancellers.

We’re sure that more details will emerge before then, but for now, here’s everything we know about the Sony WH-1000XM5 so far, and a few things we’d like to see from the brand’s next over-ear headphones.

Sony WH-1000XM5 design: A patent has revealed a pair of over-ear headphones with oval earcups, and possibly a thinner headband.

Sony WH-1000XM5 features: The headphones described in the patent come with active noise cancellation and a larger battery than the Sony WH-1000XM4. 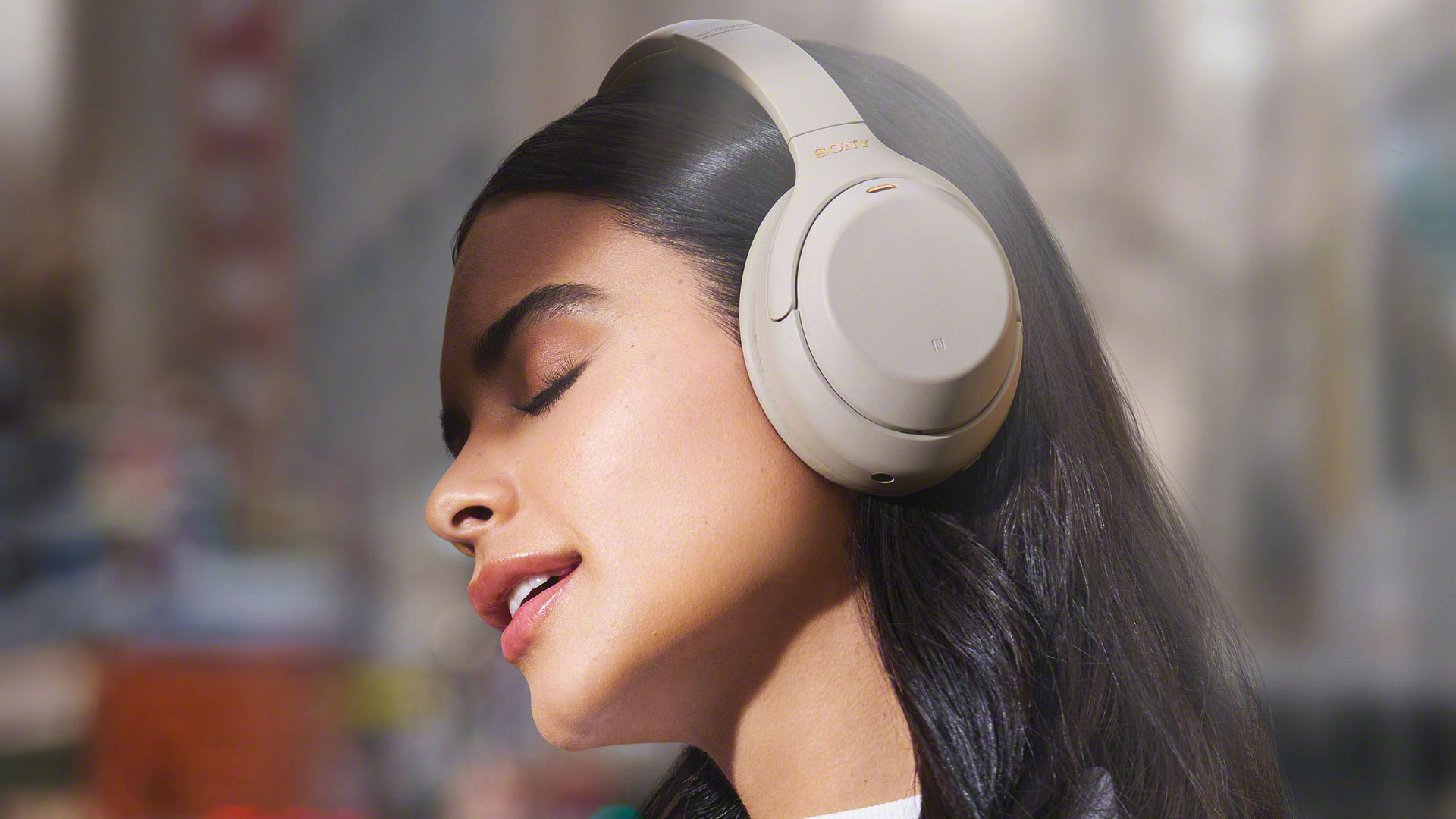 Sony hasn’t confirmed that the WH-1000XM5 are in development, but 2022 feels like a logical time for the brand to release a follow-up pair of headphones to the Sony WH-1000XM4. It’s been two years since Sony gave us a pair of flagship over-ears, and based on the timing of previous launches, an August release date for its next model makes sense.

The patent listing that gave us our potential first glimpse of the next Sony headphones has a confidentiality agreement that ends in August. The Sony WH-1000XM4 were launched on August 6, 2020, and their predecessors, the Sony WH-1000XM3, were released on August 30, 2018.

While that doesn’t guarantee that the Sony WH-1000XM5 will launch this year, it certainly gives credence to the idea that the headphones described in the patent are indeed the next headphones in Sony’s flagship lineup. 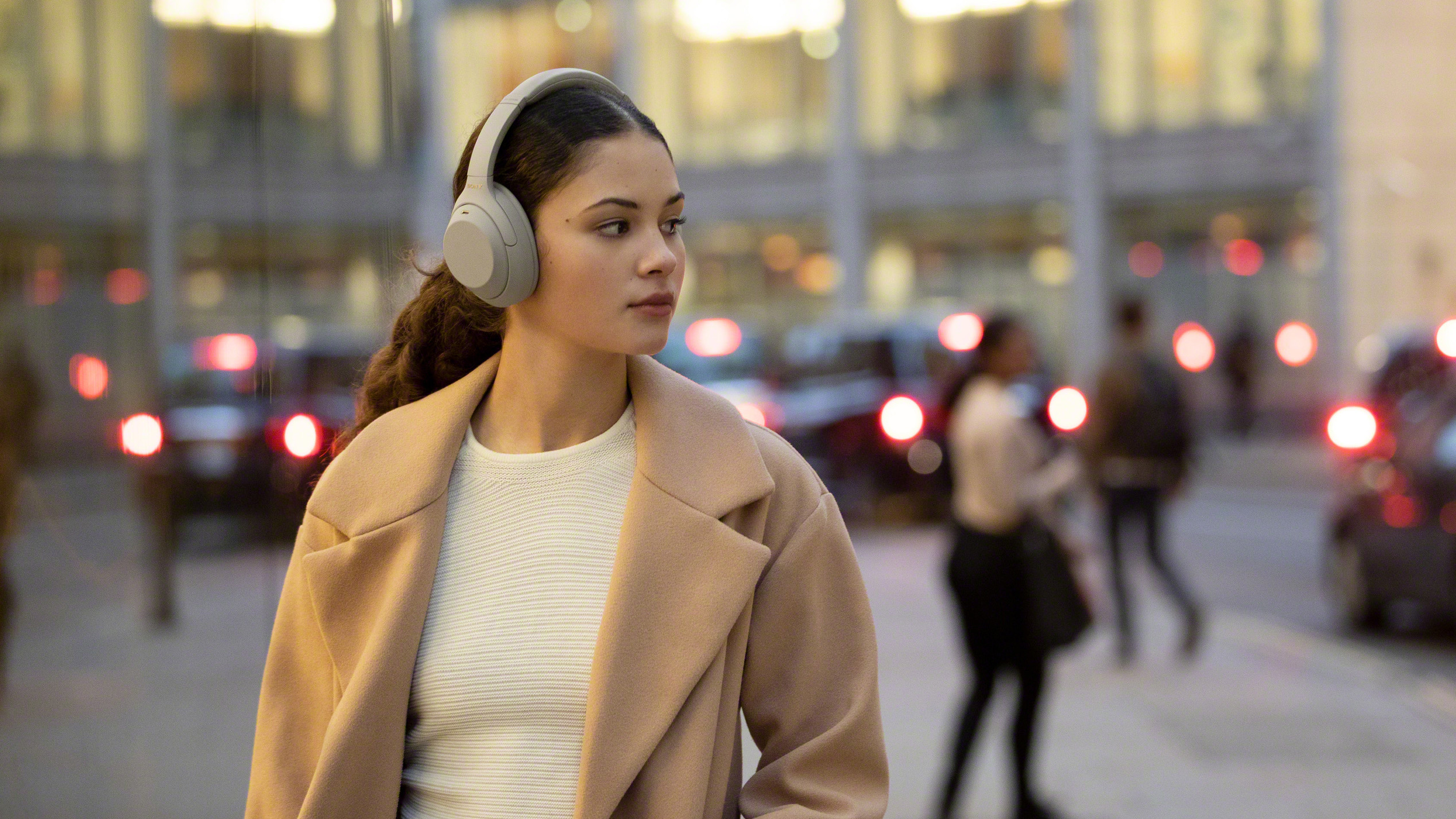 The patent we’ve seen didn’t give any indication of how much Sony’s next headphones will cost, but we can make an educated guess about the price of the Sony WH-1000XM5, as Sony has always been fairly consistent with its pricing for its flagship headphones range.

We’d expect the Sony WH-1000XM5 to come with a similar price tag, although it’s worth noting that a few tech companies have increased their prices in response to inflation this year, such as Nvidia, while Sonos speakers saw a price hike in September last year.

So, a small price increase certainly isn’t out of the question. Still, we don’t think Sony will price its new headphones as highly as the AirPods Max, which cost $549 / £549 / AU$899. Sony’s WH-1000XM4 have the edge over Apple’s over-ear headphones thanks in part to their cheaper price, and we can’t see Sony sacrificing that advantage for the sake of a few extra dollars per unit. 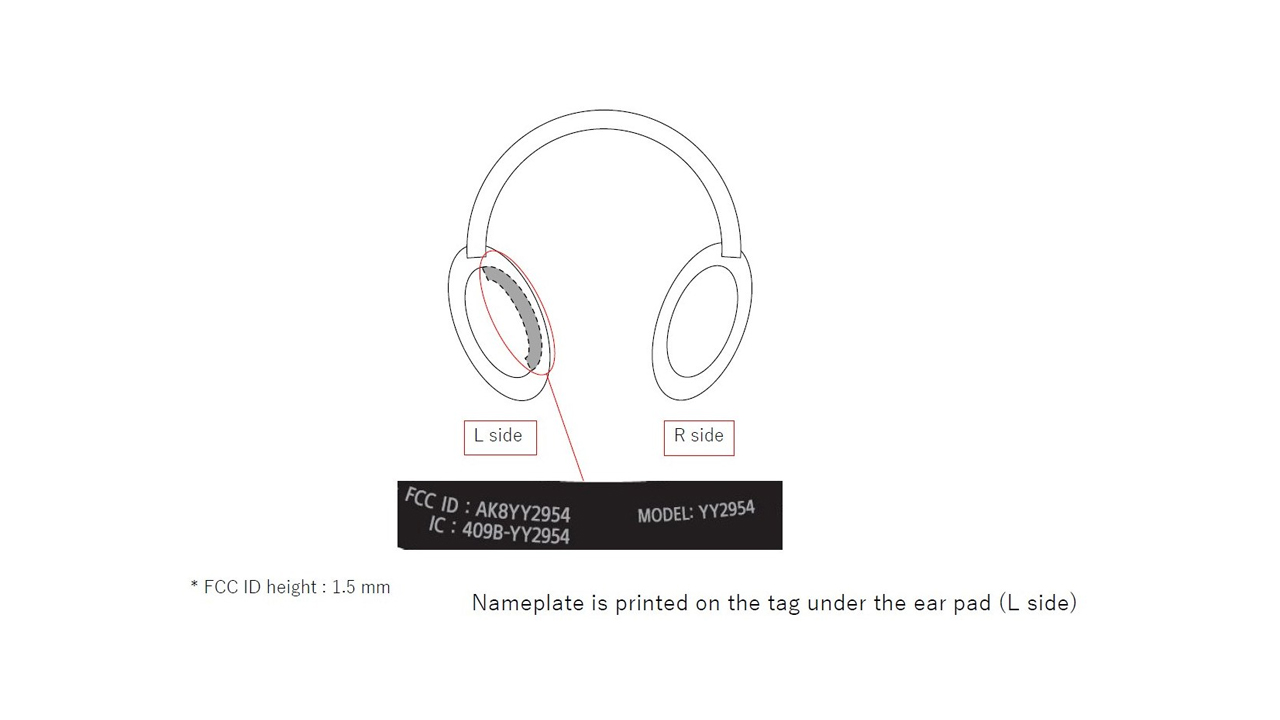 The illustration included in the patent for Sony’s next headphones is pretty basic, only really showing the outline of a pair of over-ear headphones; however, it does give us a few clues about the design of the Sony WH-1000XM5.

It shows a pair of headphones with elongated oval-shaped earcups connected by a slim headband. Underneath the cushion of the left earcup is an FCC nameplate on a tag, which displays the headphones’ model number (YY2954).

On the Sony WH-1000XM4, this nameplate can be found underneath the headband. So, why would Sony move it? The most obvious answer is that the company wants a sleeker look for the headband of its next cans, and therefore moved the model number to a less conspicuous area.

Alternatively, Sony could be planning a pair of headphones with a headband that’s too slim to fit all the information required, or making them in a different material. The WH-1000XM4 have a plastic headband, but if the Sony WH-1000XM5’s headband was made from metal, the cost of engraving the FCC ID might be more expensive.

Metal headbands on headphones can look really stylish; the Bose Noise Cancelling Headphones 700 are a great example of this, with a stainless steel headband that seamlessly connects to the earcups without any visible hinges. The Sony WH-1000XM4 are already pretty sleek, but as the style hasn’t changed much at all over the last few years, an upgraded look for the WH-1000XM5 would be welcome.

Otherwise, it doesn’t look like much is changing – though we can’t stress enough how little this illustration gives away. In any case, it looks like the Sony WH-1000XM5 will come in black and silver color options, like their predecessors – that’s according to The Walkman Blog, which shared an import listing for a Sony headset from Hong Kong to India which it believes relates to the headphones described in the patent. This product listing contained two colors: silver and black.

That doesn’t mean these will be the only colors available for the Sony WH-1000XM5; the company launched a few special-edition versions of the XM4 in Arctic White and Midnight Blue color schemes. 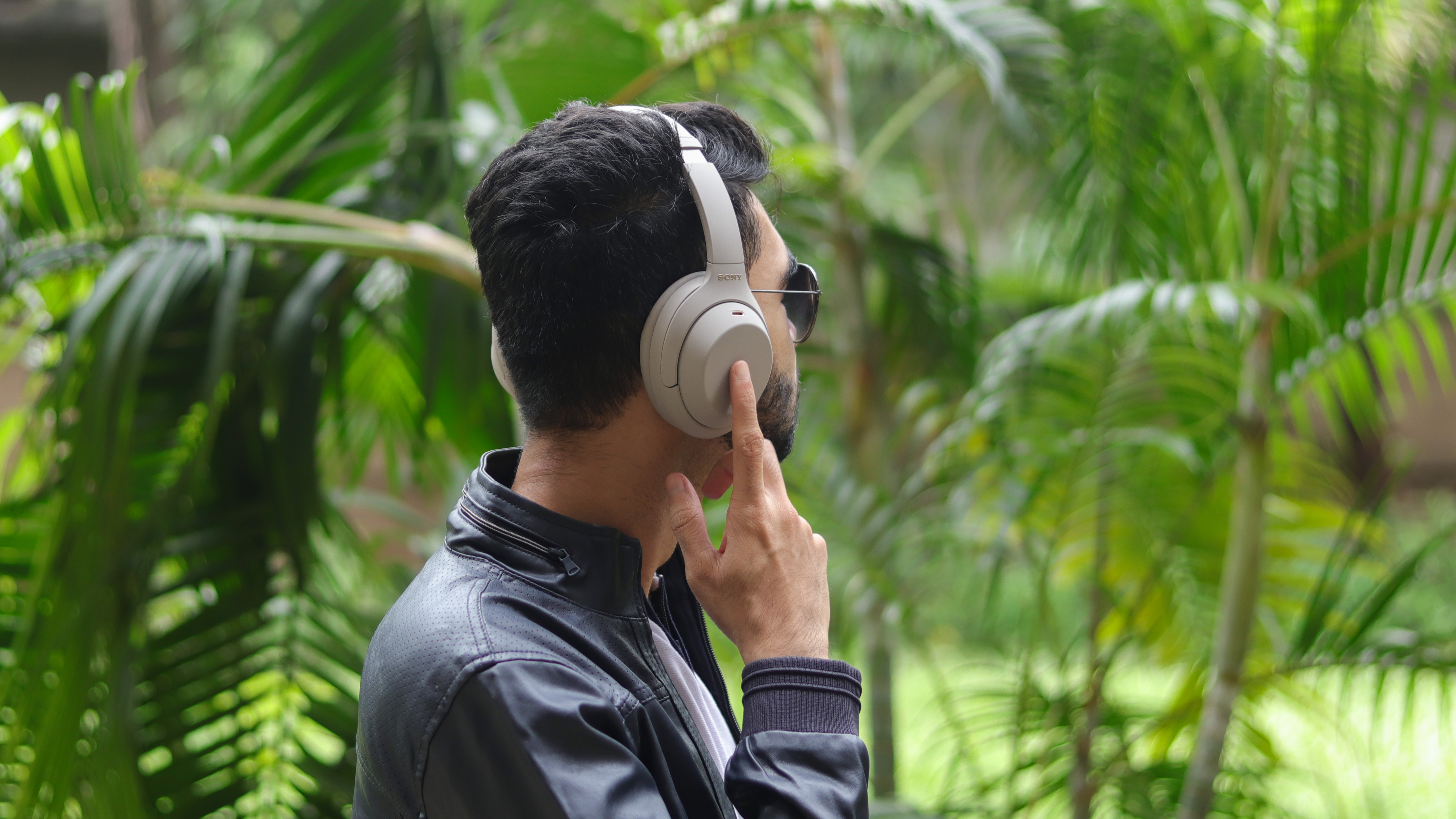 Again, the patent filed by Sony doesn’t reveal much about its next headphones, but there are a few clues about the kind of new features we could see in the WH-1000XM5.

For starters, the patent describes a ‘Wireless Noise Canceling Stereo Headset’, so we can be pretty certain that active noise cancellation will be a big feature, as with the rest of the WH-1000X lineup.

We’d expect to see more upgrades to the noise cancellation technology for the Sony WH-1000XM5, whether that’s a refinement of Sony’s adaptive ANC, or a general increase in how much external noise the headphones are capable of blocking out.

The patent also describes what could be some improvements to the battery life. It shows that the internal battery rating of these headphones is 3.8V, as opposed to the 3.7V rating of the WH-1000XM4. This means the Sony WH-1000XM5 could improve upon their predecessors’ 38-hour battery life. That figure was already impressive, so an even longer music playback time would be a big selling point for Sony’s next headphones.

The Sony WH-1000XM5 could also come with fast charging support, with the patent describing a 5V / 9V USB rating for regular and fast charging respectively.

There are a few features from the Sony WH-1000XM4 that we’re expecting to return with the company’s next headphones. These include Speak-to-Chat, which automatically pauses your music when the headphones detect your voice, and support for Sony 360 Reality Audio, which allows for immersive virtual surround sound when you’re using the headphones with compatible music streaming services.

These two features both made an appearance with the Sony LinkBuds, so it’s safe to say that the brand is still invested in them.

We’re also hoping that Sony will reprise its Atmospheric Pressure Optimising feature, which adjusts the sound of the WH-1000XM4 when they’re being used on airplanes. 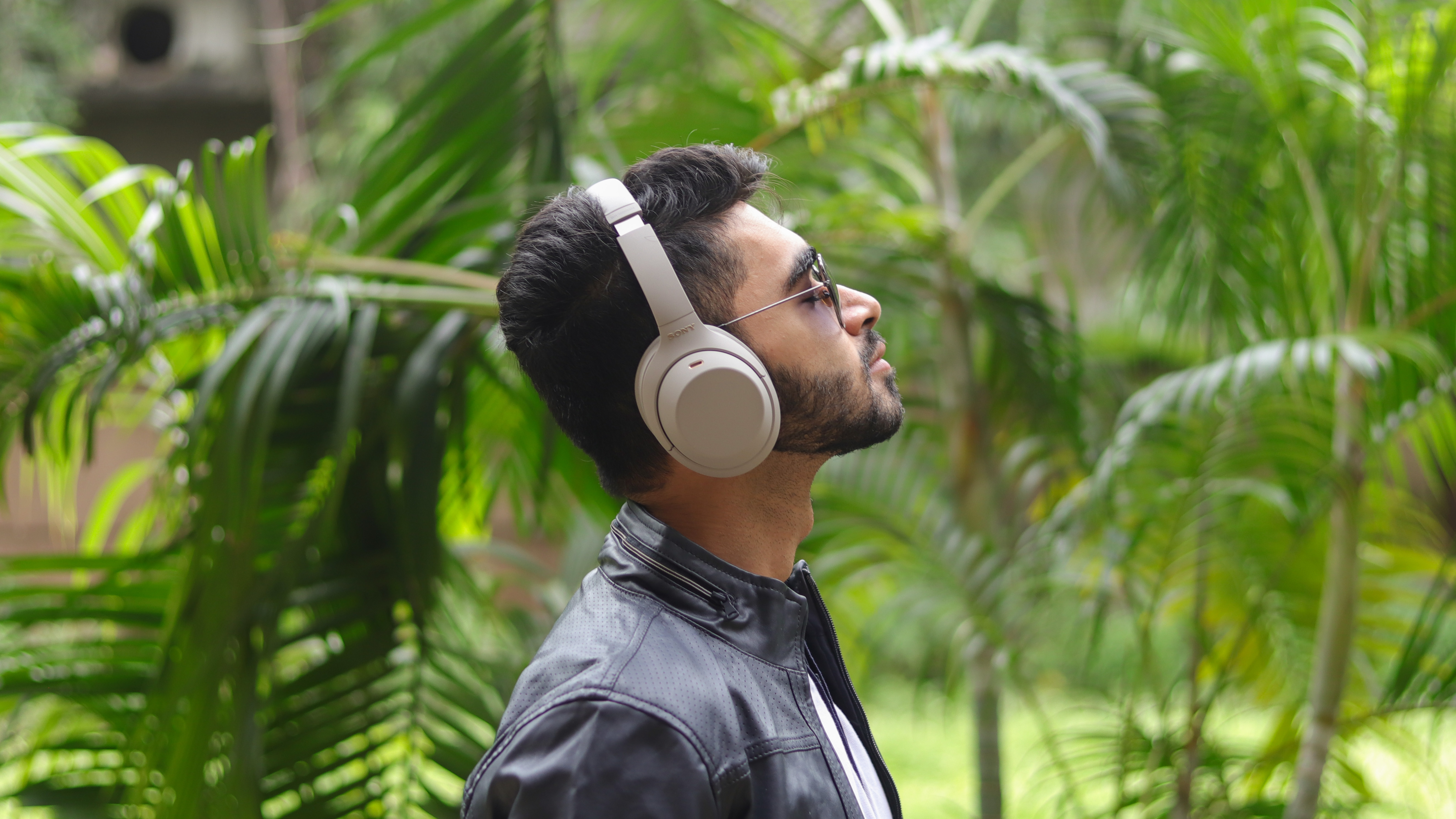 The Sony WH-1000XM4 have been our pick for the best headphones you can buy since they launched in 2020 – and so far, they haven’t been usurped by any other models, and any improvements will be a welcome bonus. Still, Sony will need to keep adapting its headphones if it wants to stay on top, and there are a few improvements we’d like to see with the WH-1000XM5.

Firstly, improved battery life would help Sony stave off competition from models like the Urbanista Miami, which offer a 50-hour battery life (though that figure is reduced to 40 hours with ANC turned on). The playback times offered by wireless headphones is getting longer all the time, and Sony won’t want to be left behind by newer models.

We’d also like to see a reintroduction of the aptX codec, which came with the Sony WH-1000XM3, but was missing from the XM4. This codec allows for hi-res audio playback, and while the XM4 are covered for high-quality streams using Sony’s own LDAC technology, you’ll need a compatible device to take advantage of it.

As well as comprehensive hi-res audio support, we’d love the Sony WH-1000XM5 to come with lossless audio. This was once impossible for wireless headphones, as the bandwidth offered by Bluetooth connectivity wasn’t wide enough to handle uncompressed, lossless streams; however, Qualcomm’s Snapdragon Sound technology could make this possible.

All Sony would need to do is integrate the new QCC3065x headphone chip, and WH-1000XM5 users would be able to enjoy bit-for-bit mathematically exact music that closely reproduces music just as the artist intended it to be heard.

This chip hasn’t hit shelves yet, but headphones utilizing the technology are expected to start coming out this year, making the Sony WH-1000XM5 a prime candidate for lossless audio support.

There are a few design features we’re hoping to see in the Sony WH-1000XM5, too. The brand’s headphones typically come in a limited range of muted colors, so we’d love to see Sony get a bit more adventurous with its color palette for the WH-1000XM5.

Water resistance wouldn’t go amiss, either. The Sony WH-1000XM4 don’t come with an IP rating, so we’re not comfortable using the headphones outdoors when it’s raining. An IPX4 rating or above would ensure that the WH-1000XM5 are resilient to sweat, as well as a few drops of rain.

: ‘You get charged before you are seen’: Federal ban on surprise medical bills goes into effect Saturday

Dust mites and sweat: What builds up on a mattress when it isn’t cleaned