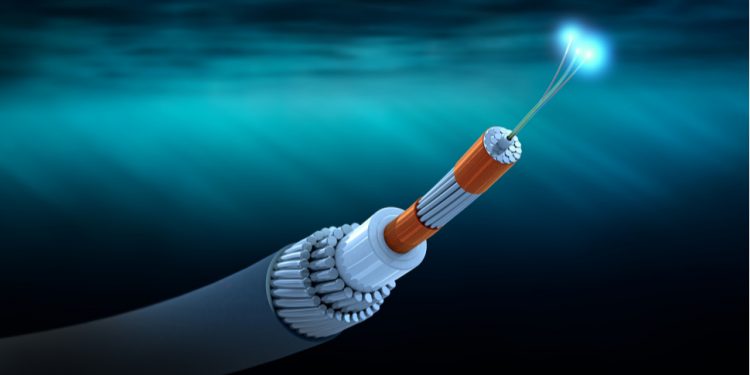 Investment in submarine cables could reach $10 billion over the next two years, as telecoms providers and technology companies seek to increase capacity for global data traffic.

Undersea cables were first used in the 19th century to transmit telegrams across oceans and have since provided the foundation for global telephone and internet networks.

There are now hundreds of thousands of miles of these cables across the world.

TeleGeography’s 2022 cable map now indicates 486 cable systems and 1,306 landings globally, with $12 billion worth added in the past five years.

It is predicated that subsea cable spending will increase as hyperscalers shift their position from generating demand to generating supply as mobile data traffic continues to grow and cloud adoption increases.

> There are now more than 1.3 million km of submarine cables worldwide

“Our research has shown constant advancement year-on-year, as pressure for bandwidth continues to grow,” said Alan Mauldin, Research Director at TeleGeography. “Content providers’ international bandwidth growth has accelerated as of late. Companies like Meta, Microsoft, and Netflix have millions of users who are driving up demand every day.”

The growing importance of connectivity to consumers, businesses and governments means the Ministry of Defence considers these cables to be of key strategic importance and should be protected from any potential threats. It has commissioned a new Royal Navy ship that will patrol UK and international waters once it enters service in 2024.

NewsWatch: These wild market forecasts have a 50% chance of coming true in 2022, says hedge-fund investor