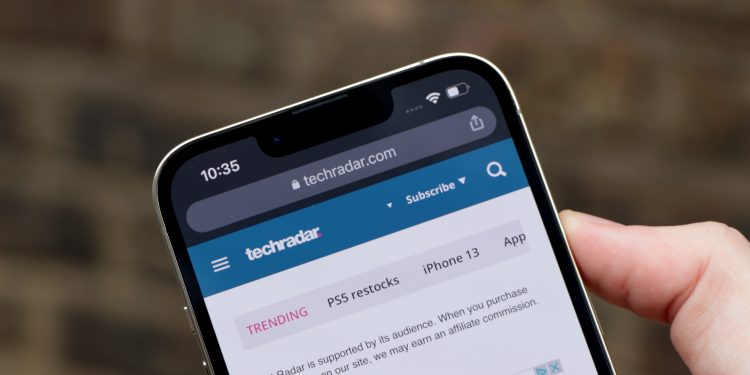 We’ve seen so many iPhone 14 leaks already, that it barely feels like there can be any surprises at the end of the year when it launches – but that does also mean that it’s easy to notice any slight changes between leaks over time.

That’s happened right now, as prolific leaker Ice Universe has provided a computer-assisted design (CAD) render of the iPhone 14 Pro, aimed to compare the bezel between it and the iPhone 13 Pro, but there’s something else interesting to note about it.

We’ve been hearing that the iPhone 14 Pro will drop the notch and use a ‘punch-hole’ for the camera cut-out, like lots of Android phones use, and we’ve seen plenty of renders showing this.

However these new renders show an iPhone 14 Pro with a front-facing camera that’s noticeably bigger than we previously thought.

If you’ll compare the front cameras, it seems clear that the older renders show much smaller ones than in the new images – bear in mind that both leaks are talking about the iPhone 14 Pro, so the screen will be the same size.

Bigger cameras take up more screen space, so the screen-to-body ratio of the iPhone 14 Pro will be a little lower according to Ice Universe, than the older renders suggest.

The new images make sense though – the sizings don’t seem to make sense with the 91mobiles renders, based on the side buttons in relation to the expected screen size (6.1 inches). This leads us to think that these are actually renders based on Pro Max specs, and there was a miscommunication somewhere.

It’s worth pointing out that these aren’t official images: they’re created by leakers based on specs they’ve heard. So the actual iPhone 14 Pro could sit somewhere between these two designs.

Given how frequently we’re hearing about the iPhone 14, we’ll almost definitely see countless more renders in the next few months, and maybe our understanding of the dimensions will develop further. Let’s see.