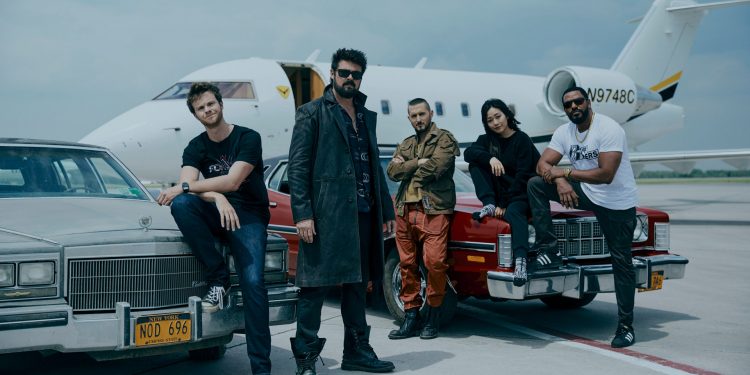 It’s official: The Boys season 4 is a-go after Amazon Studios renewed its hit superhero series for a fourth season.

Announced in a press release on June 10, Amazon confirmed that the R-rated Prime Video show would return for another installment. The announcement comes one week after The Boys season 3 began airing on Amazon’s streaming platform; the series seeing a 17% increase in its worldwide audience from season 2 to season 3. Since the Prime Video series originally debuted in 2019, it’s also seen a massive 234% jump in people tuning into the show, which is a live-action adaptation of Garth Ennis and Darick Robertson’s beloved graphic novel series.

“Speaking for the cast and crew, we’re so grateful to Sony, Amazon, and most of all the fans for embracing the show and allowing us to make more,” said Eric Kripke, showrunner on The Boys. “We’re thrilled to continue Butcher and the Boys’ fight against Homelander and the Seven, as well as comment on the insane world we’re living in. Also, this is the first time in history that exploding genitalia has led to further success.”

“The Boys continues to push boundaries in storytelling while also being relentlessly entertaining and threading the needle on social satire that feels all too real,” Vernon Sanders, Amazon’s Head of Global Television, added. “This stylized world of the series has incredible global reach and the viewership for opening weekend is proof of that. We are immensely proud of the cast and crew that has spawned a franchise for Prime Video, and we look forward to bringing more of The Boys to our customers.”

Found this one on our VCRs… Solid Gold, with special guest #SoldierBoy. Find more good stuff like this on Prime Video X-ray. pic.twitter.com/RrTRxUi4xGJune 10, 2022

The Boys’ renewal comes on the same day that the fourth episode of the satirical superhero show’s third season landed on Amazon’s streaming service. The first three episodes debuted on launch day (June 3), with subsequent entries releasing weekly until the explosive season finale on July 8.

With Amazon greenlighting a fourth season in the series, The Boys’ cinematic universe continues to expand outwards. Amazon’s adaptation has already spawned one spin-off show – The Boys Presents: Diabolical, an animated anthology series comprising canon and non-canon stories. Another as-yet-titled spin-off show, which is being positioned as a college-style, Hunger Games spoof, is currently in production at Amazon Studios.

Confirmation of The Boys season 4 seemed like it would only be a matter of time. The ultraviolent but hilarious show was the first Prime Video series to break into Nielsen’s rankings of the best shows back in 2018, cementing its place as one of Amazon’s biggest hits ever. Meanwhile, star Karl Urban has already hinted that a fourth season was on the way, telling Variety that he would be filming the new season “through the end of the year”. Still, it’s great to hear that The Boys season 4 will be with us at some point.

For more content based on The Boys, read our spoiler-free review of season 3. Alternatively, check out our in-depth chat with Kripke and the show’s main cast on how the show’s third season goes harder than its predecessors.

‘I can say this’: Moon Knight producer clears up George Clooney director rumor