The first DJI Mini 3 leak has flown into view on social media – and it suggests the compact drone could be getting a major design overhaul, along with a new controller.

The reliable DJI leaker @OsitaLV posted the image below on Twitter, which has somewhat divided opinion. On first impression, there are signs that it’s fake, with the image containing a new take on DJI’s RC Pro controller (usually reserved for its higher-end drones) and a fresh design that isn’t exactly sleek.

Before further confirmation, I’ll regard this pic as joking. pic.twitter.com/En7LIBv1jfMarch 1, 2022

In fact, @OsitaLV even commented that they “regard this pic as joking”. But there are also signs that DJI could indeed be planning a DJI Mini 3 Pro, which would be a higher-end successor to its popular DJI Mini 2.

Firstly, DJI has recently shown a tendency to recycle existing components on new models, with the DJI Air 2S effectively being a mini version of the now-discontinued DJI Mavic 2 Pro. If true, this leak would suggest a similar strategy with the Mini 3 Pro, which appears to take design inspiration from the now retired DJI Mavic Air 2.

As noted by DJI commentator Jasper Ellens, the leaked image shows new front-facing sensors that look similar to the Mavic Air 2. This would be a big upgrade for the DJI Mini series, which have traditionally lacked external obstacle avoidance sensors to help you avoid crashing into trees.

The Mini 3 Pro leak also suggests that the drone’s arms are hinged at opposite ends to the Mini 2, which could provide room for larger props to help keep it steady during a breeze. And while a new controller would be an unexpected addition to the Mini 3, DJI did pointedly call its latest controller the DJI RC Pro – leaving room for a standard DJI RC, which is shown on the leaked packaging.

While this would undoubtedly inflate the mini drone’s price, hence the ‘Pro’ name, DJI would still need to keep the Mini 3 Pro’s weight below 250g. In many territories, including the USA and Canada, this would let you to avoid the hassle and cost of registering the drone, which is required for drones weighing above 250g. 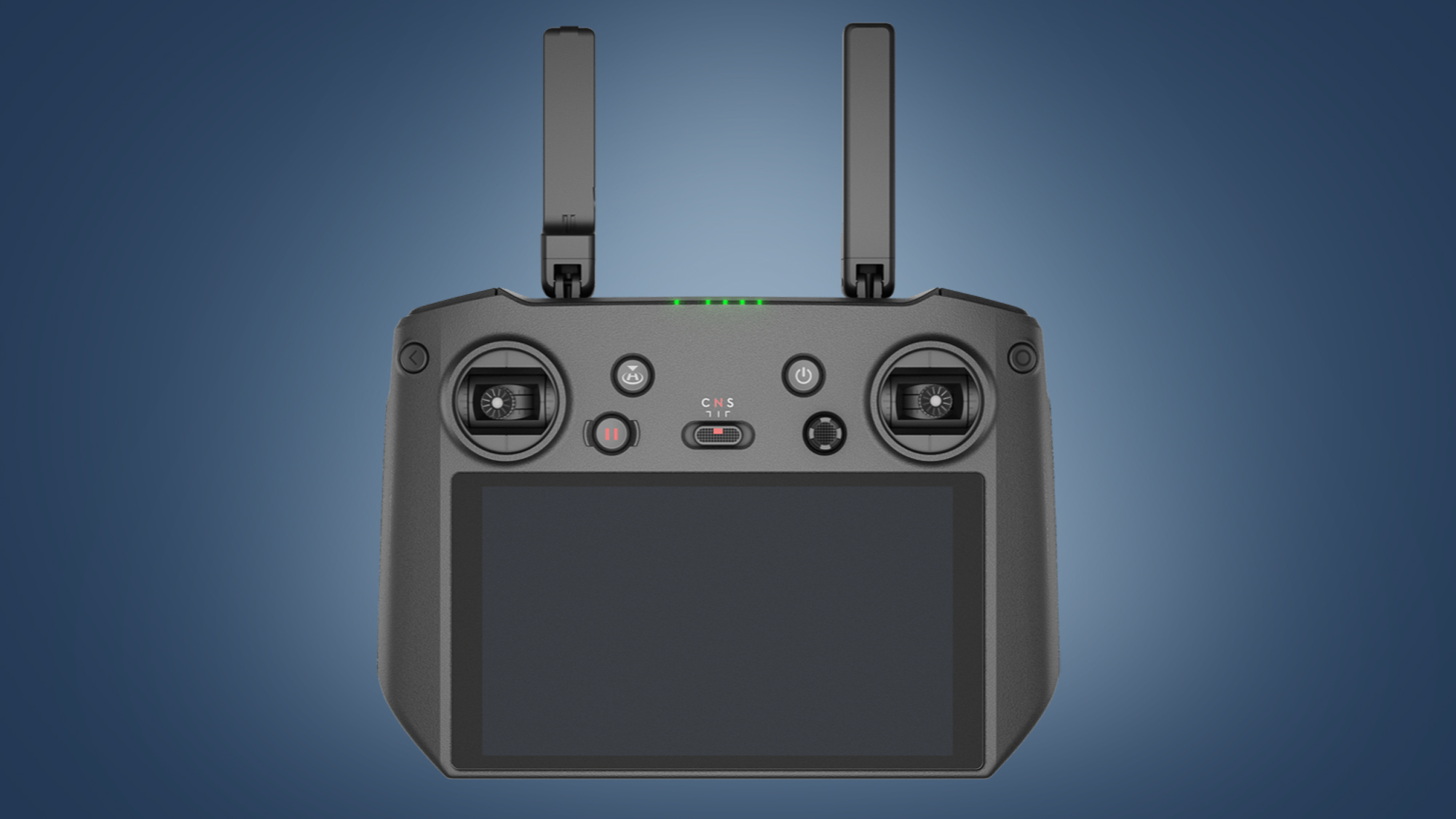 The current DJI RC Pro controller (above) is for DJI’s high-end drones, but the leak shows a simpler version called the DJI RC. (Image credit: DJI)

Our first impression of the DJI Mini 3 Pro leak was that it must be fake – after all, the Mini series has long been DJI’s entry-level offering, so why make a ‘Pro’ version with an expensive controller?

But the packaging does contain elements that are more complex than your average Photoshop job, and the concept would fit the drone king’s recent strategy. In the midst of a global chip shortage and the company’s troubles in the US, DJI has tended to recycle elements of its existing drones into new models – so a mini version of the DJI Mavic Air 2 would fit the bill.

The addition of front-facing sensors, as show in the leak, would also fix one of the biggest issues with the DJI Mini 2. That drone lacks any kind of obstacle avoidance sensors, and yet an affordable, beginner-friendly model is exactly the kind of flying machine that needs them. After all, even experienced pilots will rely on them when flying near troublesome things like trees.

A DJI RC controller would also make sense for flying safety, offering pilots a bright, 1,000-nit screen in a stripped down version of the DJI RC Pro pad, which is designed for the DJI Mavic 3, DJI Mavic 3 Cine and DJI Air 2S.

The only major doubt we have is the camera shown in the leak – its text doesn’t follow DJI’s traditional styling and an f/1.7 lens would be extremely bright for such a small drone. By comparison, the DJI Mavic Air 2 and Mini 2 both have f/2.8 lenses.

The Fed: Fed hawks say they’re not so behind the curve combatting inflation