Even NASA is an Elder Scrolls Oblivion fan 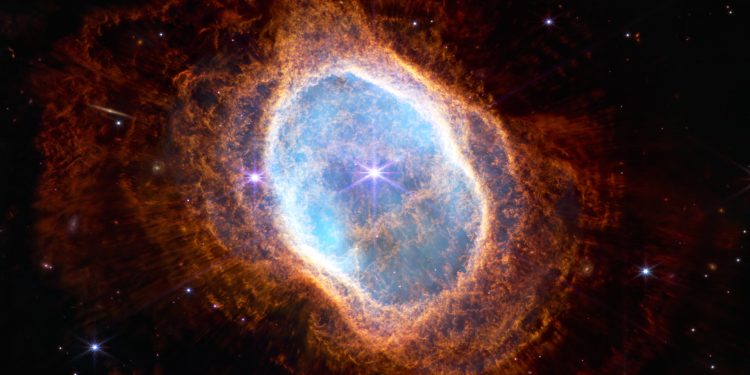 NASA is first and foremost a pioneering cosmic photographer and aerospace researcher, but it’s also a Bethesda fan. At least, it would appear that way after a brief interaction between the American space agency and the official Starfield account on Twitter.

Professional astronomers and casual lovers of impressive cosmic imagery were collectively awed recently, after NASA published several striking full-color images from the James Webb space telescope. The Starfield Twitter account was among them, retweeting a picture that showed our distant universe in unprecedented detail.

NASA followed in kind, replying to the tweet with a link to the full gallery of images, alongside an apt quote taken from an older Bethesda game. Even long-time fans of the studio might have trouble recognizing this one:

“We once heard that ‘the skies are marked with numberless sparks, each a fire, and every one a sign,’” NASA tweeted, following it up with a wink emoji.

It’s certainly a deep cut. The line is said by Emperor Uriel Septim VII during the opening tutorial mission in The Elder Scrolls IV: Oblivion. After making your way through a series of subterranean tunnels to protect the Emperor from assassins, he stops to briefly chat. That’s where the quote comes in.

“I’ve served the Nine all my days, and I chart my course by the cycles of the heavens,” Uriel tells the player. “The skies are marked with numberless sparks, each a fire, and every one a sign. I know these stars well, and I wonder… which sign marked your birth?”

It serves as a handy segue into the final portion of Oblivion’s character creation menu, as you pick your character’s Birthsign to gain new buffs and abilities. It’s also pretty minor, and is more of a passing comment than a beloved quote. Whoever’s running NASA’s social media accounts must really like Oblivion.

It’s fairly strange to see NASA interacting with a video game studio. It’s not often the worlds of federal space exploration and fantasy RPGs collide, but it’s rather fitting. Bethesda has previously said it cribbed ideas from contemporary space agencies to create Starfield, borrowing ideas from SpaceX to design the look and feel of its grounded sci-fi setting. It’s also previously described the game’s art direction as “NASA-punk”. Maybe we’ll see Starfield being played aboard the ISS one day.

Hacked WordPress sites are being boosted with PayPal phishing kit

The incubator state: Xi Jinping’s bold plan for China’s next phase of innovation