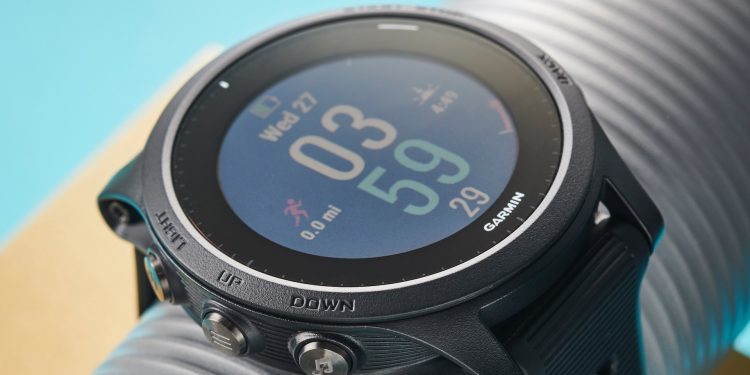 More details of the forthcoming Garmin Forerunner 955 have emerged, and it looks like the next-gen multi-sports watch will come in both standard and solar variants – which would mean a big increase in battery life.

The Forerunner 945, which launched back in 2019, had a lens made from Corning Gorilla Glass, but swapping that for Garmin’s photovoltaic Power Glass would keep the battery topped up throughout the day with regular exposure to sunlight, allowing it to run for much longer between charges.

The new info comes via Gadgets & Wearables, who spotted listings for both solar and standard versions of the Forerunner 945 on Swedish sports equipment retailer RunningShop. The pages for both watches have now been taken down, but not before Google cached the page for the solar model.

As you can see, details of the new Garmin watch are scant (the page is essentially a placeholder), but this isn’t our first fleeting glimpse of the Forerunner 955. Back in January, a listing for a Forerunner 955 LTE bundle briefly appeared on Garmin’s official Australian online store, suggesting that you’ll be able to pick up a version of the watch with mobile data connectivity.

That would allow you to upload biometric data, and download maps and apps from Garmin Connect IQ without a Bluetooth connection to your phone, which would be a real boon for events where you can’t carry your handset.

Coming soon to a wrist near you…

There’s still a great deal we don’t know about the new watch, but based on the new info, we can make some educated guesses.

It’s possible that the Forerunner 955 will be available in different sizes (like the recently released Garmin Fenix 7 and Instinct 2), but since we’ve not seen references to a smaller ‘S’ version or a larger ‘X’ model, it seems likely that the new watch will stick with the single 47mm diameter case of its predecessor.

The presence of a solar option means the new watch is also likely to use a memory-in-pixel (MiP) display rather than a bright OLED screen like the Garmin Venu 2 or Epix (Gen 2). Recently published patents show that Garmin is working on tech that will allow it to integrate photovoltaic cells into an OLED panel, but we’re not expecting that tech to appear in a consumer product for a few years.

The Forerunner 945 is definitely due an overhaul, and we wouldn’t be at all surprised if its successor is just a few months away. We’ll keep our ear to the ground for more news and rumors, and bring you more details as soon as we have them.

Garmin vs Fitbit: choose the right fitness watch for you

NerdWallet: How to travel with a group without fighting over money