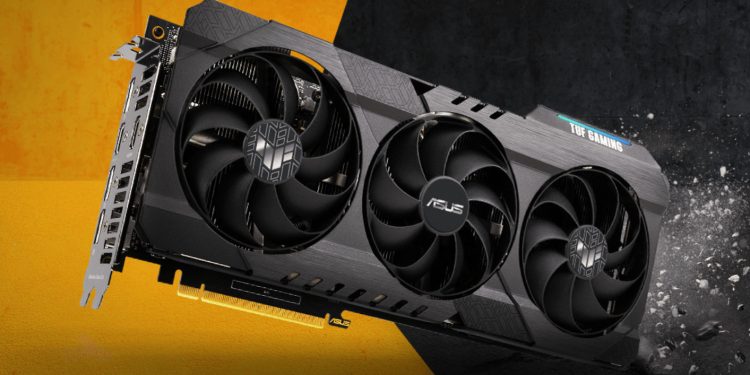 Asus has stated that it’ll soon be reducing the prices of its graphics cards across the board, and by a considerable amount as well.

This further good news for GPU buyers – which comes on top of a lot of recent positive noises regarding price tags – comes from PC Gamer, who spoke to the card manufacturer directly.

Asus noted that it has “been dropping pricing across all SKUs,” meaning all its different models of graphics cards, and that the firm is “reducing MSRP aggressively” right now.

The use of the term ‘aggressively’ certainly bodes well for some chunky price cuts on Asus products, and doubtless soon enough, from other card manufacturers who face a similar situation to Asus, and the need to remain competitive on pricing, of course.

Analysis: GPU market is slowly but surely reverting to normal

As we’ve seen, the amount of GPU stock on shelves is now ticking up meaningfully, and so the first manufacturer to make a move dropping pricing by a hefty amount could hoover up a lot of sales in a short period of time. This would appear to be the intention here from Asus.

A supply chain expert, Dr Thomas Goldsby (of the Haslam College of Business, University of Tennessee), told PC Gamer: “A supplier out there will get nervous that they are sitting on considerable supply for an item that has a limited shelf life (with newer cards entering the market) and will make the move to clear out that excess inventory.

“Peer suppliers will then have to follow that lead. And back to equilibrium we fall.”

As stock levels pick up, card makers will indeed want to ensure they’re selling enough through before next-gen models from AMD and Nvidia hove into view later in 2022, and crucially, before what’s likely to be another major turning point in the GPU arena – Intel’s entry to the market.

Intel Arc Alchemist graphics cards are going to be launched this week (tomorrow, in fact), although initially they’ll be laptop GPUs only, but desktop models will follow in Q2 (possibly landing in May or June, from what we’ve heard on the grapevine). Rumor also has it that Intel is set to produce major quantities of these new Alchemist cards, which could help to considerably ease supply issues that are already being remedied as we’ve seen.

Recently, Nvidia said that it was passing on cost savings to third-party graphics card makers, and that’s part of a bigger picture where GPU price reductions are occurring more often across different models, and starting to come down much closer to normal levels (recommended pricing, in other words).

On top of all this, we’ve just heard from a major UK retailer, Box, that by the end of April, or start of May, GPUs should start on a path where they “return to a more attractive price” – and with all these predictions stacking up, on top of what we can take to be concrete news of reductions from Asus, maybe it is time to finally be optimistic about being able to find and buy a decent graphics card without paying (perhaps well) over the odds.

iPhone 14 release is reportedly on schedule, but you should wait for the iPhone 15

Diablo Immortal is up for pre-order, but don’t trust the release date rumors

Diablo Immortal is up for pre-order, but don't trust the release date rumors