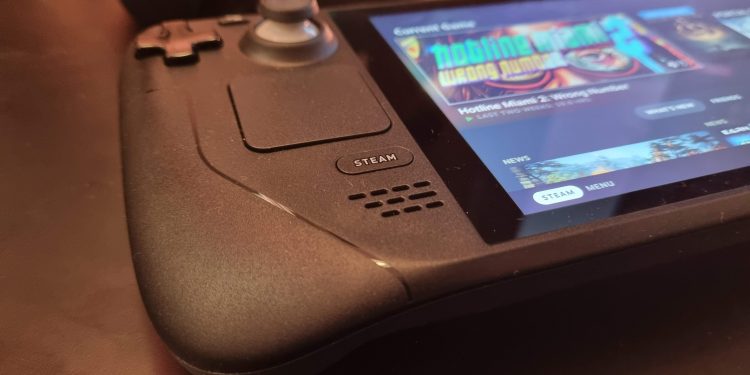 The Steam Deck is being produced in greater quantities than Valve expected, and as a result, more people will be getting their handheld PC in Q3 – possibly very soon – having been moved up from their previous Q4 ship date (October or onwards).

Hi all, a few of you may have received an order email for your “Q4 window” Steam Deck reservation today. This wasn’t a mistake! Production has outperformed our estimates, and we’ll be moving more Q4 folks into the Q3 window. Official announcement and info coming soon. 🎉August 22, 2022

This stems from some folks getting an order email for a Q4 reservation, as Yang notes, clarifying that this isn’t a mistake, and that those in this particular boat will indeed be getting their Steam Deck by the time September is out.

A further tweet explains that reservation windows still haven’t been updated, but that will happen imminently (by tomorrow). And if you missed your order email because you weren’t expecting it yet, don’t panic, there’s a grace period where you can get the order reinstated by making a support ticket.

So, keep a close watch on your email inbox if you’ve got a Steam Deck scheduled for delivery in Q4, or you can check your reservation now via the official site.

It’s great news to see that Valve is getting more Steam Deck units out there than the company thought, and if you’re looking at buying now – maybe having been put off by the long pre-order queue in the past – current orders are set to ship in Q4.

If the pace of production continues to pick up, that could mean gamers who order the handheld gaming PC now might get their hardware in November or even October, which isn’t that much more than a month away. Valve has previously promised that all reservations (made prior to August) will be processed by the end of the year, and as 2023 rolls around, we’ll hopefully find ourselves in a situation where reservations are no longer necessary. (If nothing else changes to disrupt the supply chain and production lines, of course).

It’s worth noting that there are some people on Twitter who have complained that they’ve seen their reservation move the other way, from Q3 into Q4. But what’s apparently the case here is that they’ve mistaken a previous ship date of ‘after Q3’ as ‘in Q3’ when this was never the case.

In other words, those units were always destined to be sent out in Q4 at the earliest, or maybe later (as technically, Q1 2023 is a possibility for ‘after Q3’ orders, or any point in time following the quarter, of course). With the change from ‘after Q3’ to ‘Q4’, this is a confirmation that it’ll be the fourth quarter for sure.