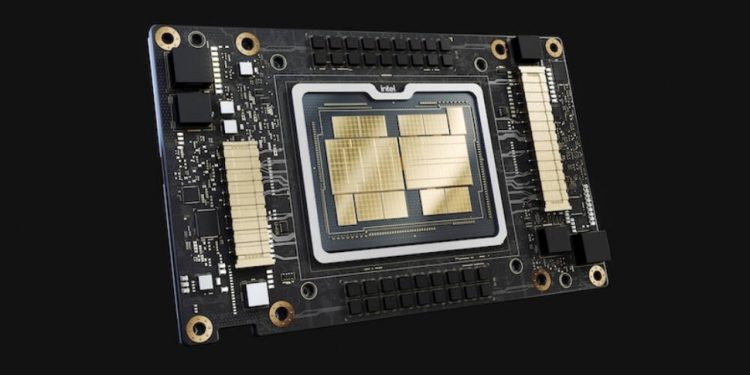 Intel has released internal performance benchmarks for its new Ponte Vecchio data center GPU, which is said to be significantly faster than the Nvidia A100, the current market leader.

At Hot Chips 34, Intel announced that Ponte Vecchio delivers 52 teraflops of FP32 and FP64 performance, upwards of 2.5x the performance achieved by the A100.

As reported by our sister site Tom’s Hardware, Intel also says its new GPU outstrips the A100 across a range of additional benchmarks, including a 2x performance advantage in miniBUDE and 1.5x in ExaSMR.

The high performance computing (HPC) market has long been of great strategic importance to Intel. However, despite the historic dominance of its Xeon server processors in the space, there is evidence to suggest the company’s lead is slipping.

Only one of the world’s top ten most powerful supercomputers are now powered by Intel, according to the latest Top500 rankings, with AMD and Arm-based chips scrapping it out at the top. And AMD is making inroads further down the list, too.

In an effort to broaden its presence in the HPC market, Intel unveiled its first ever attempt at a high-performance GPU designed for AI and HPC applications, Ponte Vecchio, in 2021.

> Our list of the best dedicated server hosting providers

When eventually released, Intel’s data center GPU will compete directly with Nvidia’s H100 GPU (successor to the A100) and AMD’s Instinct MI300 APU. If Intel’s benchmarks are correct, its GPU will compete on relatively even terms with the H100. However, AMD’s next-generation offering – which blends CDNA 3 GPU cores with Zen 4 CPU cores – is expected to deliver a dramatic leap in performance, specifically across AI training workloads.

As noted by The Register, it’s also possible that further delays in the launch of Ponte Vecchio will mean its lifespan is cut short by the arrival of its successor, Rialto Bridge, which is set to begin sampling next year.

Can the Visa-Mastercard duopoly be broken?

Can the Visa-Mastercard duopoly be broken?