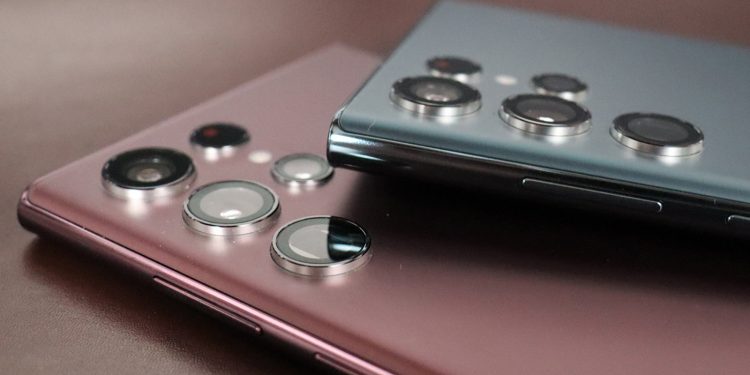 According to one rogue leak, the Google Pixel 7 could be joined by a premium sibling – I’m not talking about the 7 Pro, but another, possibly even higher-end alternative.

As a photography fan, this news had my mind racing. Google’s phones are regularly on TechRadar’s list of the best camera phones, and if this hypothetical future powerhouse didn’t need to consider things like ‘affordability’, it could have a chance of bumping the Samsung Galaxy S22 Ultra out of the top spot.

But if that’s going to happen, there’s one camera feature from that powerful Samsung phone that Google must emulate – or better, improve upon: The periscope zoom camera.

There were many Samsung Galaxy S22 Ultra camera features I loved testing: the Pro-tier video recording mode, the simple Single Take tool, the wonderful Portrait capture mode, and so on. But when I think back on my testing time with the phone, it’s that periscope zoom camera that stands out.

This telephoto periscope camera had a 10MP 1.12um sensor paired with an f/4.9 230mm periscope lens, which offered 10x optical zoom over the ‘main’ camera. It’s used for zooming in close to far-away subjects.

Initially, I was playing around with this to see how far I could jump around in a landscape, snapping distant buildings and landmarks from afar, but I quickly found it even better for taking snaps of birds and insects. Plus, I relied on it for “macro-looking” snaps of things like flowers and people, as I love the way depth of field looks on lenses with a longer focal length.

In fact, I started using this 10x zoom camera to take portrait shots, preferring it to the actual Portrait mode in many cases – even though this often meant me having to stand way back from the subject.

So, if a Google Pixel 7 Ultra comes along without a long-range camera like this, I probably won’t even give it the time of day – but if it does get this kind of snapper, there are a few issues with the S22 Ultra’s version that Google could fix.

Building with the Pixel

While zoom pictures on the Samsung Galaxy S22 Ultra looked great, I still found a few rough edges with it that I’d love to see cleared up in a successor phone – or a rival.

First and foremost is the sensor. 10MP isn’t giving you that many pixels for post-production editing, and I think a larger sensor would have been great as pictures were a touch dimmer than they should have been. Maybe a bigger and high-res alternative would be best.

Second, zooming in over great distances (maybe your subject is a celestial body like the moon) on a smartphone can give you some horrible side effects, especially if you don’t have stable hands. Even a slight wobble can have you pointing the phone at something completely different than your subject. I don’t find this issue as prevalent for big-body cameras, as they’re generally easier to grip and have lots of built-in stabilization too.

My third wish-list item is an even longer focal length, though I think this addition would be so niche that Google very likely won’t consider it. I don’t remember ever seeing a smartphone with anything over 230mm, and it’d likely need such a complex periscope lens system that it’s just not worth it for the company. But a guy can dream.

As a compromise, for people who like zoom photography, maybe Google could instead emulate Sony’s Xperia 1 IV and its variable optical zoom.

In the Galaxy S22 Ultra, 10x zoom is optical – but at 9.9x you’re on digital zoom, as smartphone cameras generally use fixed focal lengths, and rely on digital zoom to fill in the gaps. That’s not the case with Sony’s newest smartphone though, as it can vary between 85mm and 125mm.

It’s not the biggest range, though, and only gets you to the equivalent of 5.2x zoom. Perhaps if Google took this system, but let you vary between, say, 190mm and 230mm, it could combine the best of Samsung and Sony’s flagships.

I’ve dived deep into “wish-list” territory here, but with the Google Pixel 7 Ultra barely a twinkle in leakers’ eyes, that’s where we’re at.

If Google does want to compete for the top spot on our camera phones ranking, it should take notes from Samsung, and borrowing the periscope zoom lens should be the first item on its “to-do” list.