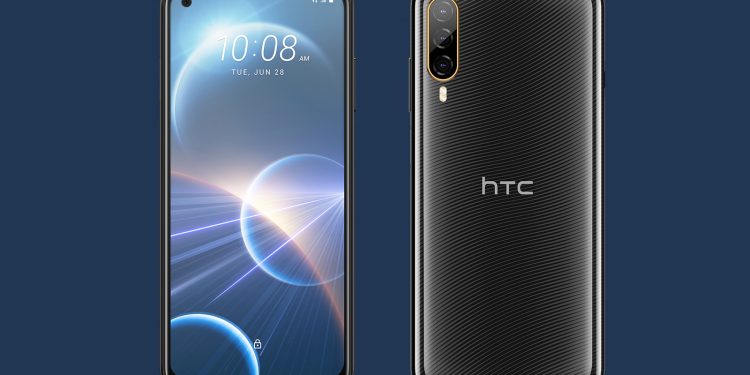 HTC’s new Desire 22 Pro is a surprise release from the Taiwanese phone maker that’s billed as the perfect companion for your journey into the metaverse, but there’s more on offer here than just the latest buzzwords.

The company’s newest device comes with a few curious selling points. HTC is calling it the “ideal companion to Vive Flow” (the company’s VR “glasses”), meant to serve as a gateway into immersive experiences and the “Viverse” – HTC’s own suite of metaverse-focused apps.

Blockchain-based features are rife on the Desire 22 Pro too. It  comes with something called Vive Wallet, so you can keep any owned NFTs in check and monitor the performance of your cryptocurrencies, while Viverse Market lets you buy stuff in the metaverse.

It’s not actually clear what metaverse-related benefits this latest HTC Desire has over any other smartphone and it’s very possible that the company is just piggybacking off these terms currently dominating the technological zeitgeist.

Because of these features, it sounds as though HTC is really targeting the kind of pro-Blockchain user who owns crypto or NFTs, has an interest in the metaverse, and hangs on the latest Web3 announcements.

But given how divisive these new internet trends are proving, such features could equally put off certain users; some people have concerns about the potential environmental impact of blockchain, as well as the startling instability of crypto, and a device that contributes to or centers around these endeavours would then be best avoided.

Taking such a stance would be doing the Desire 22 Pro a disservice, as behind this buzzword-laden mobile, actually sits a tempting cheap phone.

If we’d heard of the HTC Desire 22 Pro without words like ‘Viverse’, ‘cryptowallet’ and ‘Blockchain’, we’d actually consider it a fairly competitive mobile that straddles the gap between budget and mid-range.

It costs £399 (roughly $490 or AU$700, though it’s only up for pre-order in very specific countries, right now), and for that money you get a nice smattering of specs.

There’s a 6.6-inch FHD+ 120Hz display, three rear cameras (including a 64MP main sensor), 8GB RAM paired to 128GB storage, a 4,520mAh battery – oh, the phone has wireless charging; which is something you really don’t see in devices at this price.

It’s not a perfect mid-range offering, however, with the Snapdragon 695G chipset potentially leading to a slower user experience than equivalent rivals. Plus, given that HTC isn’t exactly a smartphone powerhouse anymore, it’s not clear how many, if any, Android OS updates users can expect.

Still, a phone with these specs and at this price point would normally be something we’d hesitantly recommend, but if anything, the addition of Viverse and Blockchain branding thrown about the place make it a much tougher sell. Perhaps this won’t find its way onto our list of the best phones after all.

BookWatch: Facebook can change its name to Meta Platforms or anything else, but its current leadership cannot be trusted

Microsoft brings Amazon’s Twitch back to the Xbox dashboard