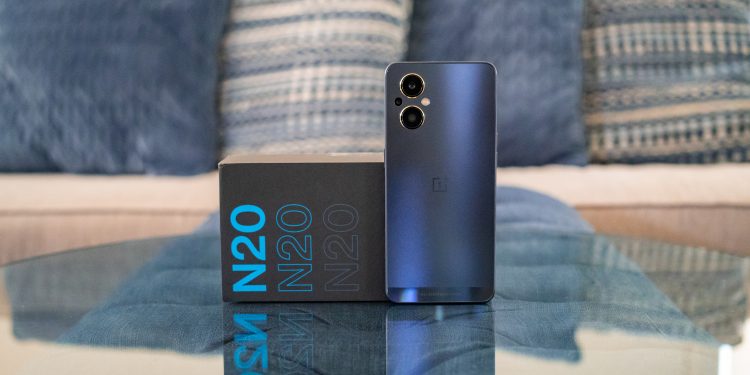 The as-yet-unannounced handset has been spotted on Thailand’s NBTC certification database by GizmoChina. This is a database that various gadgets pass through before being sold in the country, and information on it is likely to be accurate.

Oppo fans with photographic memories might have noticed that those are the same specs as the Oppo A57, and that’s no accident, as it’s also rumored that the OnePlus Nord N20 SE will be a rebranded version of that phone.

We can’t be certain that these two phones are one and the same, but either way, if it’s priced right, the Nord N20 SE could be one of the best cheap phones. We’ll probably find out soon, as we’d expect the OnePlus Nord N20 SE isn’t far off.

The Nord N20 SE could sit either just above or below the N200 (Image credit: Future)

Analysis: where it sits in the Nord line

Buyers outside the US probably won’t need to worry though, because as with these other mentioned phones the OnePlus Nord N20 SE probably won’t land in the UK and definitely won’t launch in Australia.

OnePlus doesn’t have a presence in the latter, but UK buyers have plenty of other Nord handsets to choose from, such as the affordable OnePlus Nord CE 2 Lite 5G.